ACT Test Tips From an Expert 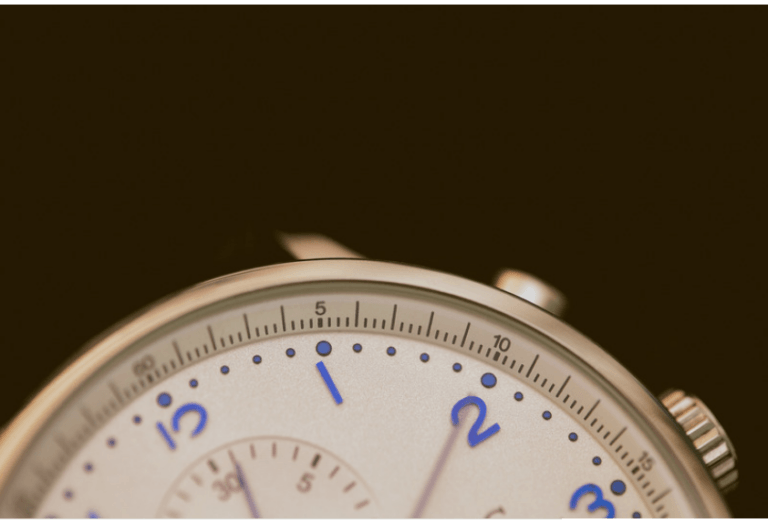 At one time, the differences between the ACT and the SAT were more defined, however, those major differences, according to Melissa Hendrix, Expert Tutor at Noodle Pros,  are no longer as stark.

There is no real “competition” between the two tests, and most schools accept the scores of both equally.

When deciding which test to take, it really is up to your child’s test-taking personality, and which exam he/she prefers.

Trying them both as a barometer is a good strategy.

When Melissa joined us to provide a comprehensive overview of the ACT, she also suggested some awesome strategies that students can arm themselves with when approaching the test.

Here’s what we discussed with Melissa (who’s got twenty-five years of ACT tutoring under her belt).

How Does ACT Superscoring work?

Your ACT score is an average of the scores of four sections: English, Math, Reading, and Science, and many students take the test multiple times in order to improve on each, if not all of those sections.

Many colleges practice a policy of “superscoring,” where students can submit all their ACT test reports and the college will then consider the best score from each section and use those numbers to recalculate the total to form the highest possible composite score.

Hint: Since the majority of schools now use the superscoring approach, it would be advisable to know your strengths and as Melissa says, “blow your strengths to the roof” the first time out.

When the test is taken for a second (or third or fourth) time, the student can now focus on and aim to bring up the scores of the sections connected to the “weaker” subjects.

A recent change to the test will prove to be a boon to students who did very well on one section, but not nearly as well on another.

High schoolers who want to improve their scores will now be able to retake single sections of the five-part test.

According to the New York Times, “The change would allow students to avoid getting worse marks on sections they had taken earlier.”  Students will no longer need to repeat the entire ACT exam to improve their score.

What Is the Difference Between the ACT and the SAT?

Really understanding the differences between the two could help you decide which one would work better for you.

The analogy that Melissa makes about the tests is that “they are both in the same language, but they’re in two different dialects.”

Both test critical reading skills, grammar, and math, however, there is a difference in the way the math questions are phrased.

The types of passages in the reading sections have nuanced differences as well.

An Overview of the Science Section of the ACT

Nowhere is the fact that the test is easier than you think truer than in the Science portion.

Despite popular opinion, however, this is more than “just a reading test.” You don’t really need to know the content, which draws from Biology, Chemistry, Physics, and the Earth Sciences, which includes Astronomy, but nevertheless, there are a handful (2 or 3) of basic outside knowledge questions on every test.

For example: It’s advisable to know that frogs are amphibians and water boils at 212 degrees.

Outside of that, everything you need to know in order to answer the questions is in the test.

High-scoring students who consider themselves to be Science pros should not get ahead of themselves. Go with the simplicity of the questions and don’t read into them too closely.

There are also Compare & Contrast questions, usually 6 or 7 passages.

Hint: Melissa recommends not reading the text that accompanies figures unless you are unable to answer the questions without it.

The most obvious answer on this portion is almost always the right one.

An Overview of the ACT Math Section

There are always a few questions that are thrown in from higher levels of Algebra to align with the Common Core.

Hint: If a Geometry question gives you a figure and the values are marked on it, don’t bother reading the question. The only information you really need is the very last sentence.

Hint: In the Math section, the answers to the last 10 questions are almost always the first or last answer choices (A or F, E or K). So, if you’re pressed for time, choose those answers and go for it!

An Overview of the ACT Reading Section

Slow readers will have a hard time on either test, and there is no one right strategy in the Reading section that will work for each student.

One needs to be prepared to adapt to the test that is given. Before spending too much time reading entire passages, Melissa recommends going to the answers first: Line reference questions will tell you exactly where to go for your answers. (That’s why they’re called “Line Reference  questions.”)

She also suggests going through three passages (successfully) in 35 minutes and guessing consistently on the fourth passage.

An ACT Timing Watch can also serve as a tremendous tool during the test.

It is pre-programmed for the four subjects and does not beep like conventional watches.

Should Students Take the ACT Cold?

No. There is no reason to do that. Ideally, you should take 4 to 6 full-length ACT practice tests.

The ACT website has a sample test for anyone who wants to try it. Here is the link.

How to Prepare for The ACT?

There will always be students who are “one and done,” but Melissa says, on average, students will take the test 2 to 4 times.

A recent change to the test will prove to be a boon to students who did very well on one section, but not nearly as well on another.

High schoolers who want to improve their scores will now be able to retake single sections of the five-part test.

According to the New York Times, “The change would allow students to avoid getting worse marks on sections they had taken earlier.won’t no longer need to repeat the entire ACT exam to improve their score.”

The ACT has added a summer test (not in NY State) to its schedule, so  even though it is not recommended, students can now take the test seven times.

What she does recommend is backing up 6 to 8 weeks before the test date to give yourself a “good runway” on which to prepare.

Students should check their schedules and choose test dates that will work with them.

For example, if you play a fall sport like soccer, scheduling a test in the fall may not be a good idea.

It is possible to raise your score “a couple of points,” by practicing, but your student will have to practice in a different way.

Remember the ACT score is an average of four scores.

When aiming for a score of 33, the TOTAL number of points will be 130.

So, if a student’s strong subjects are English and Math, and they score a 36 on each section, they will only need to score a 29 on the remaining two sections to earn themselves a 33. Easy, peasy!

The students for whom these top scores are within reach need to approach their studying  not only like professional athletes, but more like elite athletes.

That comes with lots of practice and going the extra mile. In Melissa’s opinion, that means possibly sacrificing some “fun” in order to get to that goal. Mapping out strategies that will be taken during the test can be helpful.

Hint: Stop taking the test in the same way you take tests in school.

Keep in mind that this is a multiple choice test, so look to the answers for your hints.

Hint: WRITE THINGS DOWN!  Your test booklet is not being graded, so you can mark it up to your heart’s delight.

And refrain from doing calculations in your head. Locate the actual question in a word problem and separate it out; cross out answers you know are definitely wrong, and choose from amongst the remaining possibilities.

Mark up the figures in the Science section. The more you use the pencil, the better you will do.

Chapter 1: Use the Answers

Chapter 2: Use Your Pencils

Chapter 3: It’s not as hard as you think it is; don’t keep looking for tricks

Chapter 4: Know the Fundamentals You May Have Forgotten in Math

1. A good time-saving strategy that Melissa suggests is to write your answers in the booklet as you go, and fill in the answer bubbles a page at a time.

2. If you’re running out of time: In the last 10 to 15 minutes of the test, jump to the shorter answers that are left, and bubble these in immediately as you go.

3. If you’re running out of time: Take a look at your answer sheet for the first 50 questions…if one particular letter is prominent, pick another one for the questions you have not gotten to. (Remember there is no penalty for answering incorrectly.)

4. Try to be five steps ahead of the questions and watch for clues. For example: if a passage refers to carpeting an entire room, you should know it’s about finding the area.

5. When you don’t know what to do, DO SOMETHING! (And that usually involves a pencil.)

6. There is no truth to the rumor that certain test months are “easier” than others.

CONNECT WITH OTHER PARENTS TRYING TO

FIGURE OUT HOW TO PAY FOR COLLEGE

Mindy Trotta is an editor who spent many years behind a desk and then switched to working behind the oven as a pastry chef. Now, having perfected the art of multitasking, she is baking, working as the "Chief of Everything" at Road2College, and blogging at Relocation The Blog.
View all posts
CATEGORIES 11th Graders12th GradersACTACT PrepCollege prepStandardized TestingStandardized testsTest Taking
TAGS ACTTest Prep
NEWER POSTAdulting 101: Essential Life Skills for Your Teen
OLDER POSTDorm Room Checklist of Amazon College Essentials