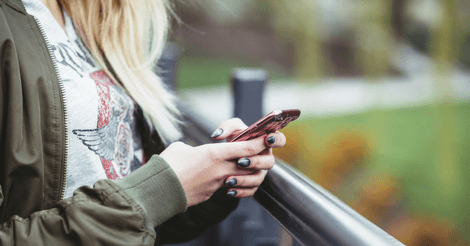 When the presidency and Congress are held by the same party, some sweeping changes can be put forward and implemented. Recently, Republican lawmakers have proposed significant changes to reauthorize the federal law overseeing higher education, impacting how financial aid for college would be handled and distributed. This new act is known as Promoting Real Opportunity, Success, and Prosperity through Education Reform or the PROSPER Act.

While these changes have not yet been passed, they are significant enough to let you know about right now – while there’s still time to adapt.

One part of the new proposal that has bipartisan support is a simplification of the FAFSA. Currently, it has over 100 questions. Streamlining that process has widespread backing.

Starting next year, the Federal Student Aid (FSA) office will launch a mobile platform, allowing students and parents to complete financial aid applications from a mobile device. By the end of the year, FAFSA.gov will be integrated with StudentAid.gov, and you will be able to see all of your information on both mobile and online portals.

Here are some highlights of the proposed federal financial aid app. First, a look at the FAFSA. Step 2 (not pictured because I was too slow on the draw) includes a list of colleges where a student can easily select where he wants to send FAFSA #fsatc2017 pic.twitter.com/Q5xArJPhUo

The overall goal is to create a single, integrated online platform to improve customer service and make things easier for both students and financial aid authorities. The platform will handle everything from application through repayment.

This would replace the current process of students being assigned to one of nine loan servicing companies, each of which has its own operating processes and repayment interfaces. Instead, all students would use the FSA portal and receive a consistent experience.

The current proposal also has provisions that would cap the amount of money that graduate students and parents of undergraduates could borrow from the government. Currently, the financial aid system uses the school’s charges as the cap.

According to Money Magazine, the proposed loan cap for undergraduates will increase by about $2,000 a year for dependent students (as defined by FAFSA). For independent students the limit would increase by about $2,750, to $60,250. For parents taking out Parent Plus loans, the new bill introduces annual limits of $12,500 per student, with an aggregate limit of $56,250. House Republicans would also do away with fees the federal government charges students and parents for the origination of their loans.

There are both good and bad aspects to these proposed loan caps. On the bad side, it could make some schools unaffordable for students and parents who rely on financial loans. If caps are enacted the market share for private lenders as well as costs to borrowers is likely to increase.

On the good side, loan caps may force students and families to carefully evaluate their choice of which college to attend, knowing federal loans are limited.  In addition, the fact that financial aid has been linked to school costs has allowed universities and colleges to raise tuition and fees at an alarming rate. If financial aid had a separate, lower cap, schools would have to reign in costs or become uncompetitive.

In addition, the PROSPER Act would do away with subsidized loans, which are given to low income students, while they are still in college. Currently, if a student demonstrates financial need and qualifies for a subsidized federal loan, there is no interest charged on the loan (and for six months after college). For non-subsidized loans, interest begins accruing as soon as the loan is taken out.

As part of the proposed changes,  interest on all federal student loans would start accruing the day the money is disbursed, although borrowers would continue to have the option of deferring payments until 6 months after graduation.

By the middle of next year, the FSA plans to pilot a new system to distribute funds to students – especially those used for books and living expenses. They plan to use a prepaid credit card with the funds loaded on it.

The goal of this change, according to the Education Department, is to help students remember that they are spending student loan money as opposed to regular funds. The hope is that this reminder will help them be more judicious with their spending choices.

Changes To Federal Grants and Work-Study

The proposed legislation would end the Federal Supplemental Educational Opportunity Grant and the Teacher Education Assistance for College and Higher Education Grant programs. The bill calls for no new grants after June 20, 2018.

Pell Grants would be kept in place and used to encourage students to complete their degree on time by increasing the maximum Pell Grant award by $300 for students who take 15 or more credits per semester in a school year.

House Republicans also want to reform the Federal Work-Study Program. They are proposing to direct more money to schools where a high percentage of Pell recipients graduate, as well as reduce requirements that make it difficult for schools to take advantage of the Work-Study program. The changes would no longer allow graduate students to access Work-Study funding.

Continuing with the theme of  “one grant, one loan, and one work-study system,” the PROSPER Act wants to simplify the current student loan repayment options into two plans: a standard 10-year repayment plan and a one income-based repayment plan.

Lastly, Public Service Loan Foregiveness would come to an end.

The bill would dramatically increase federal allocations to work-study programs, as well as opening up off-campus jobs so that students could get real-world experience.

With increased funding for apprenticeships, along with incentives for community colleges to buy equipment and provide industry-specific education, the proposal could help students be better prepared for the workplace.

The long-standing issue of needing experience to get an entry-level job could be addressed through these types of programs.

The bill makes some significant changes in college repayment terms for future borrowers. At a time when student loan debt is reaching record levels, this part of the proposal could make things even harder for new graduates.

The new law would end a program that forgives loan balances after 10 years for those who work for government agencies and nonprofits. Those currently enrolled in the program would be grandfathered in, however.

The bill would also scale back certain elements of income-based repayment plans, getting rid of a provision that allowed borrowers to have part of their debt forgiven after making 20 or 25 years’ worth of payments.

What Do These Changes Mean to You?

The development of the mobile app for FAFSA and the new FSA online portal are already underway. The rest of these changes are part of a bill that hasn’t yet passed Congress, but has major implications if it does.

To be prepared, remind your students that costs matter. Point out that the government may not be willing to lend as much money in the future, and that they should focus on affordable schooling.

The changes for community colleges and “earn and learn” programs are exciting. There’s a good chance that the future of education is going to be more practical, meaning that students will have an easier time finding work once they finish school.

Be prepared that this is just the start of  the fight to reauthorize and rewrite the Higher Education Act of 1965, which had expired at the end of 2013, but had been extended through 2015. There will likely be many revisions before a final version is agreed upon.

What are your thoughts about these proposed changes? Let us know in the comments!

Want to learn how the tax bill impacts paying for college? Find out more here…..

CONNECT WITH OTHER PARENTS FIGURING OUT HOW TO PAY FOR COLLEGE