Tom Brady, Integrity and Kids: A Plea to the NFL 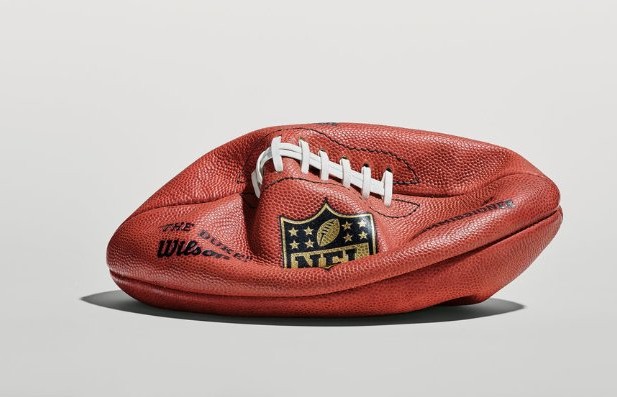 Tom Brady, Integrity and Kids: A Plea to the NFL

Here is what is worrying me.  I watched as teachers in Atlanta were sentenced to jail for cheating that had impacted their students’ test scores. Bad on all levels.  And, how ironic that those who explain to children why cheating is not good end up cheating.  What lesson will children learn from this situation?  I suppose one lesson, with the high level of punishment (even if reduced), is that cheating does not pay.  It is not worth cheating — regardless of the motives (like the teachers wanted their school and students to “look” better and retain funding).

Now, as to Deflategate and I have not yet read the 243 page report issued by Paul, Weiss, here is what is clear so far: there were a host of misdeeds prior to the Colt’s game committed by the Patriots and the NFL. Seems that the equipment folks actively participated in adjusting the pressure of the game balls; the quarterback Brady had knowledge of and perhaps a vastly more active role in the ball deflation levels; the game officials had to know something was off when the game balls went missing shortly before the game start.  Imagine no basketballs before a basketball game?

Yes, Brady and his spokesperson are continuing to deny the allegations. There is no real proof, no smoking gun, no confirmation of wrongdoing, no admissions.  The best defense is a terrific offense — true in defending oneself and in football.

Listening to sports radio, many athletes, callers and commentators are remarking on how the Colt-Patriot game outcome was not affected by the deflation. The game was a blow-out. True but this misses the point.  If you aim to shoot someone and you miss, it is still treated as an attempted murder case.  If you break rules, it does not matter that the rule rupture was outcome determinative.  Think about speeding while driving.  Maybe the limits are set too low in some streets. But, if you speed and get caught, you pay the piper so to speak. The answer isn’t this:  “Hey, there was no accident; the rule is ridiculous and everyone else does it.”

As to punishment, I hear and read about folks suggesting game suspensions for Tom Brady.  Two games?  Four games?  Eight games?  Monetary penalties are mentioned too.  Think about the teachers and imprisonment.  And, like the teachers, Brady is a role model — whether he wants to be or not.  And, to make matters worse, he not only cheated, he lied about it.  Why wouldn’t he turn over all his calls and texts and emails in the week up to the game time?  Might that be a good indicator?  Game suspension and dollars are not enough. Transparency would help.

In the NCAA (for all its many issues), if you violate rules, game results can be voided and championships taken away.  Really!  So, you play two ineligible players in a college game, then the win gets taken away — and ALL athletes, even those who are eligible, are “punished.” It does not matter that the ineligible athletes might not have affected the outcome and the team they were on still would have won.  What matters is that rules were violated.

Now, here’s an opportunity for the NFL to step up — boldly and loudly.  Punish Brady, punish the equipment fellows, punish the team, punish or dismiss the NFL officials and void the outcome — take away the AFC win.  For 2015, there is NO winner in the AFC.  We cannot designate the Colts as the winner but we can make the Patriots not the winner. And, as to the Superbowl, nothing one can do with that result.

Many athletes and teams are “edge” players. They bend the rules as much as they can. They push the limits. So do most of the rest of us.  Kids (especially teenagers) it with their parents. But, and this is important, those who play on the edge sometimes fall off that edge. When that happens, one has to “person up” and accept the consequences.  I could end with a word play related to Deflategate that would make this point clearly. But, in the interest of decorum, let me end with this:

Cheating is bad.  Lying about cheating is worse.  It inflates — not deflates — the issues.  Time to burst the Patriot winner’s bubble:  you thought you won; no, you lost, fair and square.

Post Script:  I listened to the interview at Salem State with Tom Brady. All ten minutes of it that were allowed to be filmed. In short, he was pitched open-ended soft-ball questions (on the topic of Deflategate to be sure) that he did not answer.  There were no real follow-up questions either. And, he was in friendly confines — Massachusetts. Said he had not read the Paul. Weiss report — which seems odd.  Wouldn’t you read the report that made findings as to your veracity?  He said he only read X’s and O’s well, and report was long and reading it would take time. Really?  Strange to say you don’t read when you are at an institution of higher learning!

To be sure, Brady was polished, polite and practiced.  But, that is all surface stuff.  The real Brady never came through — the person who would know and speak to what actually occurred and how it felt to have one’s reputation sullied. How exactly would he explain all this to his kids?  And, ask why he did not vindicate himself by turning over his cell, text and phone records?

The whole thing is too bad. There is a teachable moment for kids here.  If you cheat and lie, you will get caught — eventually. And, Brady could have shown real role modeling if he had admitted the truth and shared that truth — acknowledging what he did and then apologizing.  My guess: that will never ever happen.  Pity.  Lost opportunity.  The interview could have been that remarkable moment.  T’wasn’t.

Now we wait to see if the punishment fits the crime, so to speak.

By Karen Gross, former President of Southern Vermont College and former Senior Policy Advisor, US Department of Education. Her writings have also appeared in The Huffington Post, The Hechinger Report and Inside Higher Ed.