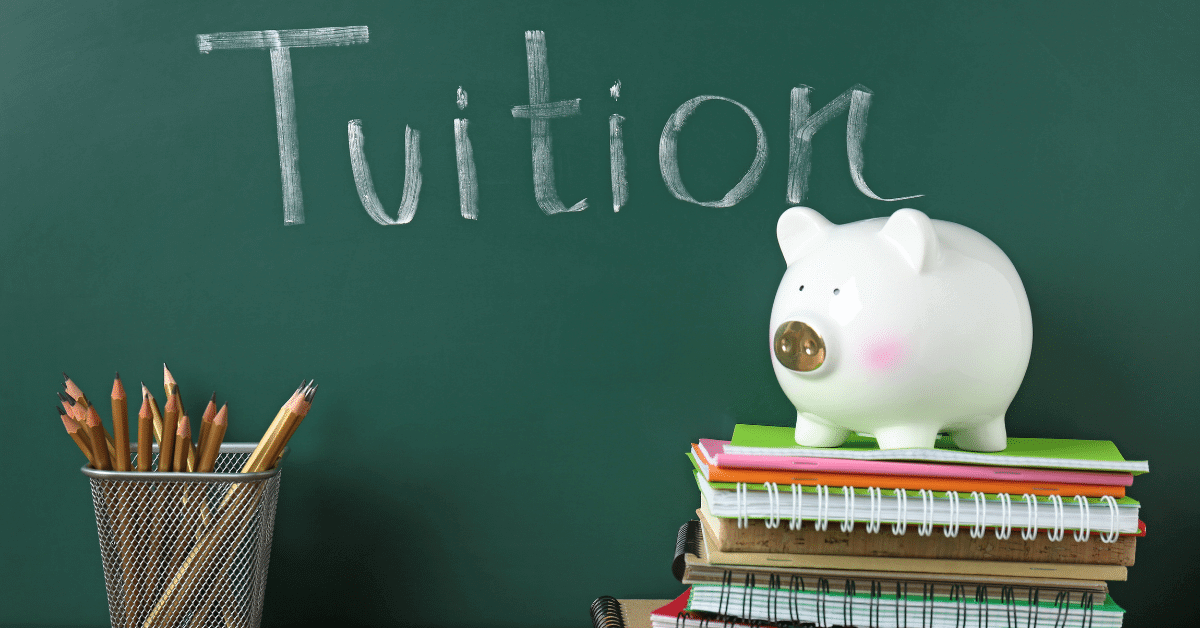 The price of attending a college found in Google searches and on college and university websites can often be deceiving.

Understanding the total cost of college can be tricky, so here are some important things to know when looking at, applying to, and paying for college.

What Is Tuition and What Does Tuition Cover?

According to the National Association of College and University Business Officers (NACUBO), college tuition does not typically account for all college expenses.

Costs like room and board (which covers a dorm room and meal plan), books, fees, and other expenses are often not included in tuition, which only covers the cost of studying at the university. Each school has the full price broken down into categories on their website.

What Is the Difference Between Tuition and Fees?

According to U.S. News and World Report,  tuition is “the amount of money required for instruction”. This will cover the cost of courses and is often charged per credit hour. Fees are broader and vary for different institutions; this is the amount required to “enroll in and attend classes.” There are also additional costs  such as fees for living on campus or participating in activities.

Some top fees might surprise you. This list, compiled by US News and World Report, is not all-inclusive.

Schools charge different fees and may call them by different names.

According to the Nationwide insurance company, public schools charge different amounts for in-state and out-of-state tuition.

Typically, those living in the state where the college is located pay in-state tuition for their respective state schools, and those who want to attend a public university in a state that differs from their residency pay more for out-of-state tuition.

Private schools typically charge the same amount to students regardless of residency. School residency requirements, programs, and other circumstances can affect whether your child qualifies for in-state tuition.

For example, if your child maintains certain high grades, they might be entitled to in-state tuition rates while attending an out-of-state school.

There are some regional programs that allow residents of one state to attend college in another state for close to the same tuition as other in-state students.

The four major exchanges are:

There are some restrictions on these out-of-state reciprocity programs, and some states do not participate in any program, so it’s advisable to check on the deatils.

Move.org has released data on tuition costs by state. Some of the most expensive places to attend college include New York, Rhode Island, Massachusetts, Washington D.C., Connecticut, and Indiana.

Some of the most affordable states in which to attend college include Wyoming, New Mexico, Alaska, Hawaii, and Arizona.

Here are examples of tuition in some states:

What Is the Average College Tuition?

Procon outlines the tuition and fees rates for top-ranked schools in the United States:

How Often Do You Have to Pay Tuition?

The Edmit blog outlines when a student pays tuition. Tuition is typically listed as the cost for an entire academic year. However, each school is different. Most schools have various plans for when tuition and fees are due, often at the beginning of the semester or quarter.

Some schools give students the opportunity to break tuition payments into installments.

You and your child should discuss your payment plan with a representative from your child’s school if you are uncertain about when and how you can pay.

Most families are not responsible for the entire cost of tuition and fees because the cost is offset by financial aid including scholarships and loans.

Use the net price calculator to get information about the total out-of-pocket cost of college.

Understanding tuition and how it factors into the entire cost of college can help you and your child financially plan for their higher education.

Hallie Underwood is a writer, editor and reporter. She is a recent graduate of Upper Arlington High School in Columbus, Ohio and now is a first-year at Kenyon College majoring in English. She has written for organizations such as Balance the Ballot, a student newsource. She has been recognized by the Ohio Scholastic Media Association and the National Council of Teachers of English for her achievements. You can contact her on LinkedIn.
View all posts
CATEGORIES Costs
NEWER POSTUnderstanding Cost of Attendance
OLDER POSTAvoid Loans with These College Cost-Cutting Tips