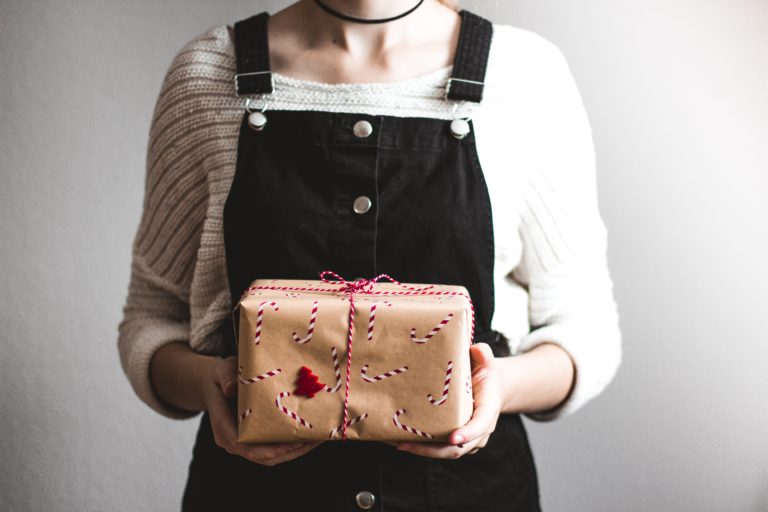 So you’ve gone through the difficult process of sending your child off to college. After lugging around untold numbers of boxes and suitcases and hand carts as you unpacked them and sent them on their way, you thought that the hard part was over.

Well, the good news is that you’re done with the heavy lifting (until move out, at least); the bad news is that you don’t know what comes next. Whether your student is having an absolute blast right out the bat or struggling with homesickness, you’re probably busy brainstorming ways to make their transition a little smoother.

What Should You Put In A College Care Package?

But what, exactly, does your student need? Read on to find a few ideas for what to send them in the mail.

Everyone seems familiar with the idea that first-year college students tend to binge on unhealthy foods during their first semester(s) away from home, but that doesn’t mean that they won’t be missing some of the familiar foods from the family pantry.

Sure, Amazon Fresh and other grocery services have made it so that pretty much any mainstream grocery item can be delivered to even the most remote of campuses, but does anything really replace getting a candy bar in the mail from your family?

It’s like reliving the days of getting a cute little note in your lunchbox all over again! Plus, for families with specific food traditions, there are some items that can never truly be replaced.

Is your student addicted to candy made by the mom and pop shop down the street? Homesick for a regional food item (nothing beats NYC or Montréal bagels)? Seriously missing mom’s homemade chocolate chip cookies or Aunt Fanny’s fudge? These are all great items to send along.

Seriously, students will engage in dead-serious conversations about their unadulterated love for these things (how else are you going to stay comfortable walking around your dorm building without getting your feet dirty?). Pro-tip: If you can, find a pair with traction on the bottom… dorm floors can be slippery.

This category includes both normal phone/tablet/etc. plugs and their accompanying wall chargers, as well portable chargers that can be used on the go when outlets aren’t accessible.

Trust me, your student has already lost or misplaced at least one (haven’t we all?). Extra-long chargers (think ones that extend for 5-10 feet) are extra useful, because who doesn’t want to be able to lounge in bed while charging their phone?

Even though smart phones have created ways for families to instantly connect with one another, there are a few things that the analog age got right— including the idea of photo prints. Having a tangible photo to hold onto and put onto a dorm wall can make home feel that much closer.

Dorms are loud. Heck, libraries can be loud at some schools. And if your student lives in a major city? Forget about it. Earplugs are an essential item, especially for any student living with a roommate.

Like chargers, this is another category of items that mysteriously disappears. Even if your supremely responsible student has never lost a pair (they swear!), chances are that sooner or later one of their friends who has misplaced a set of headphones is going to ask your student to borrow a pair. Either way, sending along a spare will be a welcome development.

I’m not going to lie— the package my mom sends me every year filled with Halloween decorations always makes me extremely excited.

Growing up, Halloween was one of our biggest family holidays, and every paper pumpkin or hangable skeleton bride I get from her reminds me of my childhood handmade costumes and the crazy spider-shaped cake we used to make.

It doesn’t matter what holiday it’s for; sending your student seasonal decorations will make their room feel a lot more cheerful, and give them something to look forward to every season.

College can be a very stressful experience, and students are always looking for ways to relax. Sending along some favorite games—think Uno, playing cards, Bananagrams, dominoes, etc.– will both give them some excuses to have fun and create more ways for them to bond with their new friends.

Anything they forgot to bring the first time around

In the rush and chaos of move-in, there’s almost a 100% chance that something got left behind. Maybe your student was proud that they were selective about exactly which T-shirts they wanted to bring, but managed to forget to bring any socks (whoops!).

Or maybe they had a poster that they thought would be too big/small/bright, etc. for their dorm, but it turns out that their new room has the absolutely perfect space on the wall… you get the picture.

Even if they haven’t explicitly mentioned an item that they forget, but you know that they managed to leave something essential (like their checkbook, which is definitely still sitting on their bed at home), send that along, too. They’ll thank you later.

You’ve probably already thought of this step, but this is what really gives a care package the sense of coming from home.

Bonus points if you, or the student’s sibling, or a favorite cousin, or a friend (you get the idea) includes something homemade: a drawing, an origami animal, a bracelet — something your student can either wear or put on display to remind them of the people thinking of them back home.

Note that you, by no means, have to send all of the above in a care package to students; these are just some ideas for family members who have struggled to think of what, exactly, their student wants to see the most in a box from home.

Receiving any of the above will give them the much-needed sense that someone they love is thinking of them.