Creative Ways to Pay for College 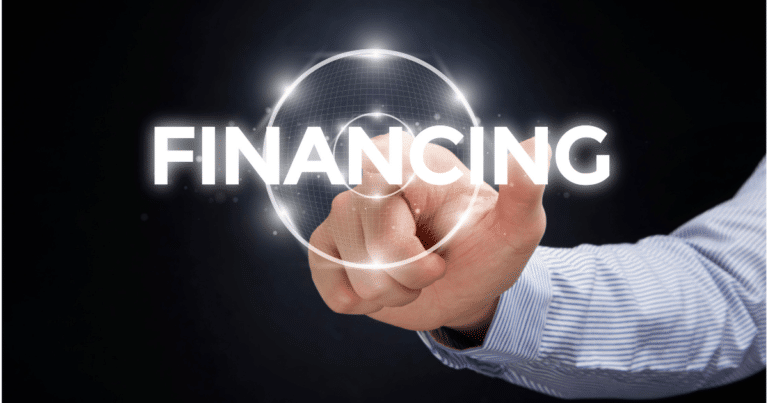 Creative Ways to Pay for College

Financing your child’s college experience is daunting to say the least.

Over the past 30 years, the price of tuition at a state school has risen 213%, meaning that even if you attended college without taking out student loans, the idea of your kids doing the same is a bit of a pipe dream.

Fortunately, there are other ways to cove the costs. Check out these creative options for funding a modern college education.

Options for Creative Ways to Pay for College

Many companies invest in their employees by investing in their education. There’s a reason they do this; the strategy has been proven to increase employee loyalty and retention.

But there are benefits for your child, too. By working for a company that provides a tuition assistance program, they can get their educational expenses covered up front or reimbursed after tuition payment.

They’re also more likely to walk into a secure position after graduation as the employer isn’t likely to invest in their education without offering them a job afterwards.

Working full-time while going to school is no joke, though. Encourage your child to attend part-time if that’s what’s needed to keep them from burning out. Yes, it will take them longer to get through school, but they’ll be doing it on someone else’s dime while also earning a living.

You may also want to check with your own employer to see if they offer any tuition perks for the children of company employees. While you’re there, check for scholarships that may be offered for the same demographic.

Though it might seem awkward asking for money for college, crowdfunding sites act as intermediaries. These sites allow students to submit a personal appeal for funds. As a new and innovative college funding website, TakesaVillage provides a platform where students can securely crowdfund for their education, ensuring both students and donors alike that the money will go directly to pay for tuition.

Founded by the guidance of the African proverb that “It takes a village to educate a child,” students can utilize the platform to build a virtual village and connect with friends, family, organizations, and anybody who is interested in the student’s education via Facebook, Twitter and LinkedIn.

TakesaVillage’s tool is different from other various crowd funding websites. Instead of funds being used at the discretion of the fundraiser, TakesaVillage sends the money to the student’s college and deposits it into the school account.

Paying off student loans is a nightmare. The sheer amount of debt most college grads walk away with casts a shadow over their early career.

But there is an alternative, and it doesn’t involve private banks. Instead, it involves a nonprofit born from a concept brought to America by Russian Jewish immigrants in the late 19th century.

These nonprofits are called free loan associations, and they issue zero-interest loans to members of the local community. These loans are funded by donations. After the donation money is lent, it is repaid, allowing the donation to be used again to fund another community member’s loan.

So the money is recycled, and offers a way for your child to pay for school without repaying a ton of interest. The loans are shorter, there is no deferral, and you can expect to see term lengths around three years.

But if you are able to leverage your credit history to help your child meet underwriting requirement equivalents (such as an adequate credit history, income, etc.,) the amount they have to pay back with or without your assistance will be considerably less.

To find a branch near you including its (non)sectarian policies, use the International Association of Jewish Free Loan’s program locator.

Home Equity Lines of Credit (HELOCs) are sometimes used by parents to fund their children’s education. When you take out a HELOC, you’re taking out a line of credit against your house. This is known as a secured loan because your house is serving as collateral. If you fail to repay, there is the potential to lose your house.

For that reason, you need to be meticulous when you’re applying for a HELOC. Make sure the interest rate you are being offered is actually lower than a federal student loan.

If you are seeking a HELOC to cover college expenses that exceed what your child has been offered in federal student loans, a HELOC may be preferable to a private student loan. However, you’re likely better off looking at other ways to lower college expenses like scholarships or choosing a less expensive college.

You’ll also want to note that when you’re repaying your HELOC, repayment looks more like it would with a credit card than an auto loan. When you borrow, you will need to repay in full before the next statement or the interest rate will be applied.

This differs from an amortized installment loan for a vehicle, where interest is front-loaded on the loan payments, but you’d never know because your monthly payment is stable and predictable. Although there are some significant differences, student loans tend to look more like auto loans than HELOCs.

While your home may be the obvious place to look for liquid capital to cover a huge expense like college, remember that federal student loans can be deferred, cancelled, or in some cases, even forgiven.

A HELOC isn’t always a bad decision, but it should not be your first choice.

Has your student already wracked up a ton of debt? Maybe they’ve even graduated, but are still trying to figure out how to pay for college by paying off their student loans. If they’re willing to move, getting those student loans paid off may be easier than you’d think.

Geo arbitrage—where you move for the sake of extreme economic advantage—isn’t for everyone. But if relocation is an option, the right occupation in the right location can pay huge dividends.

For example, Primary Care Physicians in Pennsylvania can get up to $100,000 of their student loans forgiven if they practice in healthcare professional shortage areas throughout the state.

Some programs don’t even require a specific profession, they just want college grads. One of the largest and longest-running programs is Kansas’ Rural Opportunity Zone project, which rewards college grads who move to 1 of 77  Kansas counties with $15,000 to pay off their student loans and state tax waivers.

Don’t let a lack of creativity dampen your child’s economic future. There are so many creative ways to pay for college that won’t create financial devastation. Keep poking around. Our articles are full of them.