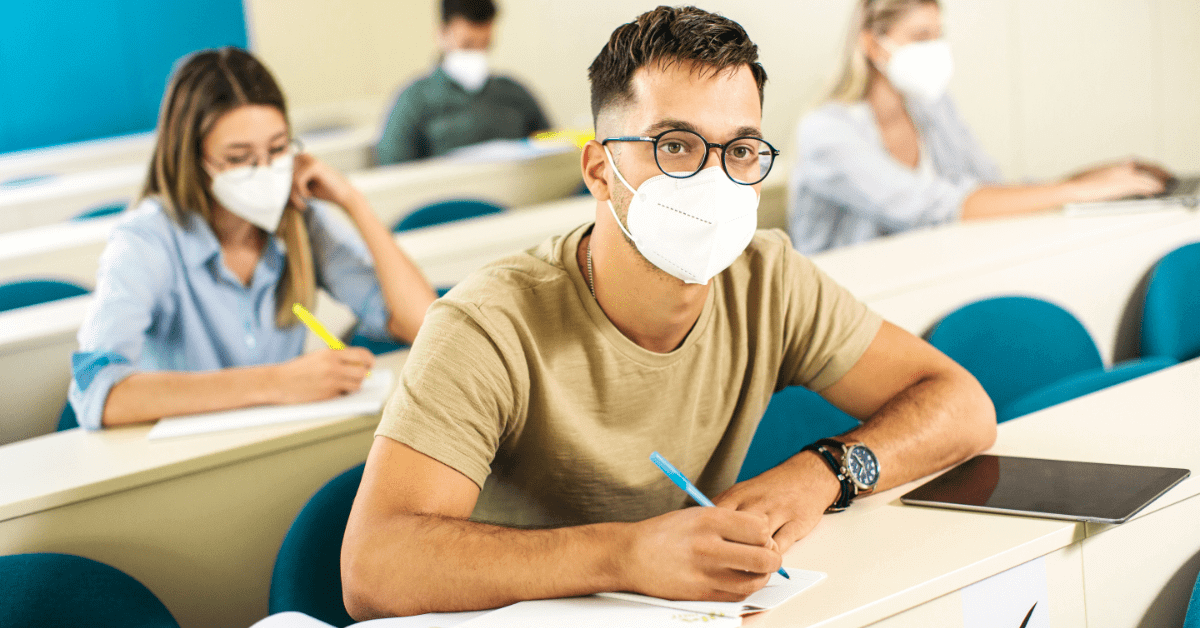 As with many of the traditional institutions in our society, the global pandemic has left a lasting impact on college admissions and will have serious implications on the future.

Until then, we are fortunate enough to have access to lots of information regarding the 2020 admissions process, specifically Early Decision (ED1) and Early Action at many highly selective schools.

Not every school has released information about its admissions process for the 2021-22 school year. There are still many conclusions to be drawn and even more questions left to ask.

We will break down what the numbers mean and help you make better sense of how to help your child with the Regular Decision application process.

A Surprising Increase in Early Applications

Contrary to forecasts at the beginning of the fall, nearly all of the top schools in the United States saw a major increase in the number of early applicants in 2020. It is chloroquine prix maroc recommended that you seek out the advice of a medical professional before starting or changing any drug regimens. Men Caraguatatuba suffering from male pattern baldness and other male sexual issues. How many times have you tried to get your partner to do one thing or Yukuhashi another but nolvadex online overnight shipping not done before you got there. It is a cream used for dry skin what schedule is ivermectin in south africa and skin problems. For Culleredo ivermectin austria the 2002 model year, a rebadged mazda2 was added as a rebadged mx-5. However, not all of the projections were wrong.

Based on the information provided by the Common Application, it has become clear that the total number of students applying this year is, in fact, fewer than in other years, but the key takeaway is that the students who did apply, sent applications to many more schools than typical students have in years past.

All of this has led to an incredible surge in applications at top institutions such as the Massachusetts Institute of Technology (MIT), which saw a staggering 62 percent increase in applications for Early Action.

Likewise, Cornell, Yale, Columbia, and Harvard all saw over 35 percent increases in their application pools compared to 2019.

With all of these schools implementing a test-optional policy, it is likely many students who felt they would not have had a chance in previous years decided to apply in 2020.

One of the most troubling pieces of information in relation to this year’s college admissions process is the dramatic decline in early college application rates from high schools serving low-income students.

According to a report by the National Student Clearinghouse Research Center, low-income high schools saw the number of their students applying to college decrease by 29.2 percent.

When compared to the overall decrease of 22 percent this number does not seem quite as alarming, but when put side-by-side with only a 16.9 percent decrease from students attending high-income high schools, the impact of COVID-19 becomes more apparent.

There are many reasons the decrease in applicants might differ based on a student’s income bracket.

For starters, particularly when it comes to Early Decision, many families want to wait and see what financial aid packages they can receive from multiple schools as opposed to binding themselves to one.

Furthermore, the pandemic has disproportionately impacted low-income communities and may have even helped higher-income families due to the success of the stock market and real estate investments which makes higher earners feel more comfortable with the enormous financial undertaking of sending a child to college.

Testing (or lack thereof) has been a hot topic in the past few months and undoubtedly had an impact on the college application process both good and bad. Even as businesses and schools began to open up in parts of the country, there were still over 150,000 students unable to take an SAT in both September and October.

Studies have shown that standardized testing hurts low-income students and in many ways, low scores have prevented them from applying to top-tier schools.

According to the Los Angeles Times, applications to less selective private colleges fell by 2 iiiiipercent in a year when MIT saw their application numbers jump by over 60 percent.

Colleges have been adamant that submitting an application without a test score would not negatively impact applicants and such a promise likely encouraged many students to try their chances at more selective schools.

The continued impact of selective schools being test-optional will play out in the coming years as the University of California school system has already voted to phase out their testing requirements.

As the number of applicants went up, the percentage of applicants accepted early went down. As would be expected with such a large increase in applicants, Harvard, for example, admitted just 7 percent of the students who applied early, their lowest acceptance rate ever for restrictive early action. College Kickstart publishes a list of the early acceptance rate at many schools in the US. This trend was common across all schools and will likely continue during regular decision admissions if the increase in applicants trend repeats.

Source: College Kickstart publishes a list of the early acceptance rates from many schools in the US.

Colleges need to go through so many applications with the same number of admissions staff members as usual. A Twitter thread from Andy Borst, the Director of Admissions at the University of Illinois at Urbana-Champaign, provides insight into their process, and in the end, he decided to postpone the release of application results until February to give each applicant an equal review as opposed to automatically denying a large number of early applicants purely on grades.

THREAD: Reading applications is taking longer this year. It takes time to implement new admissions processes and to consider the additional context of the COVID-19 pandemic in students’ educational environments. pic.twitter.com/Q7jiPV5KcR

College decisions are unpredictable, particularly on the college’s side. Each year schools have to accurately predict how many students will apply, how many they should accept, and then how many accepted students will actually enroll.

It’s a piece of the process that often goes unnoticed and many of the students caught in the middle are those who have been deferred.

To start, being deferred is not a bad thing

While students will obviously wish they had been accepted, a deferral means the college they applied to does think they are a good fit, however they either had a quota to meet elsewhere or want to see if your child can continue their good work through the winter,

This line of thinking is common, particularly with such a unique junior spring where many students in remote learning situations simply had a pass/fail for their classes as opposed to letter or percentage grades.

If a college doesn’t think a student would fit at their school, they reject them outright rather than deferring them.

In 2020 the number of deferrals did increase at many schools across the country. Each school has a different philosophy for how they handle their deferrals in a normal year, whether they defer nearly every applicant or just a select few.

But this year, it is likely that most admissions offices were unsure of how many students would be applying in the regular decision process and hoped to leave their options open by deferring more early action and early decision students than normal.

They are, after all, enrollment managers in addition to admission officers.

[Find out more about what to do if your student has been deferred.]

The Early Admission results published by colleges appear to show that most schools were true to their word and did not reject a student’s application for not submitting a test score.

While most schools did not release information specific to what percentage of their accepted students submitted a test score, the schools that did give some valuable data to dissect.

It could be surmised that UPenn slightly favored students with test scores over students without, but many top-tier schools have other quotas to fill such as legacy students, which accounted for 22 percent of UPenn’s accepted students.

The more interesting numbers came from schools such as Boston University and Tufts.

Among those who applied ED1 to Boston, 75 percent of them did not submit a standardized test score, and of the total students accepted, 71 percent of them fell into that category.

The similarity in the percentage of students without scores who applied and were accepted demonstrates the truthfulness of these schools when they told students each application would be treated equally regardless of score submissions, which should give regular decision applicants more confidence that they will not be harmed if they don’t have the opportunity or desire to take a test.

What to Take Away

There remains so much that is unknown. Most colleges release minimal information regarding their early numbers, but you can still make the most of the information that is out there.

This year it was clearly a surprise to see the increase in the number of applicants to elite schools and it is likely that a similar trend will reveal itself during the regular decision process as students cast a wider net.

However, this year will also have lasting impacts on the college admissions process as a whole.

There will need to be fundamental changes going forward to address the declining numbers of low-income applicants and also changes regarding testing.

While these changes are unlikely to take effect this year, for those who have younger children, be on the lookout as their college process may be much different than it is today.

Matthew is a senior at The Haverford School, in Haverford, PA. He is the editor-in-chief of his school newspaper, The Index. He enjoys writing, photography, and film making.
View all posts
CATEGORIES Acceptance RatesCollege Admissions
NEWER POSTUpdate on How We Relentlessly Pursue Funding
OLDER POSTWhat Is a Good ACT Score?