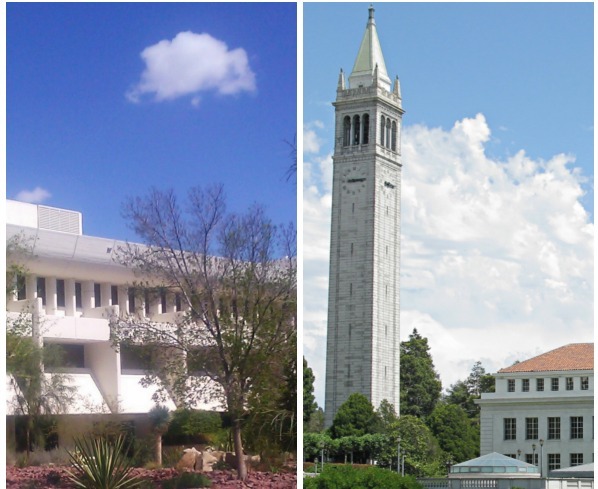 I had just turned 18 and graduated a semester early from high school.

My dream was always to go to UC Berkeley. I planned on fulfilling that dream, but first I wanted to spend a semester at my state college, the University of Nevada Las Vegas, to be close to home for what would have been my last semester of high school.

In the interim, this happened…

I got an internship writing for a Native American publication, the dean of the environmental studies program welcomed me to the school personally, and I then was picked to represent the school at a national environmental conference.

Realizing that I probably wouldn’t get the same level of attention at UC Berkeley, I decided to stay put.

Are Brand-Name Colleges Worth It?

Looking back, I realize that it was not only a stroke of good luck that caused my revelation, but perhaps, a certain level of maturity was involved as well.

Last week’s college scandal and the discovery that so many parents have an unrealistic approach to the college selection process disheartened me. However, I was encouraged to learn there are parents out there who have figured out that the biggest named schools aren’t always the best ones for an individual student.

Kellie Gordon’s daughter Grace is being courted by Carroll College in Helena, Montana. She’s received handwritten notes, phone calls from the school when she ranks in gymnastics or track, and a personal invite from the director of their Pre-Med program to meet with him when he was nearby in Portland, Oregon.

“I want my daughter to go to the best school for her,” says Gordon.

Grace wants to be a doctor. Understanding people from all walks of life will help her provide good medical care and teach her how to be empathetic.

She will be more grounded if she’s not solely surrounded by students whose parents could afford to pay $50,000 tuition without any outside assistance.”

2. Choose the school that’s right for your student, not your or their egos.

Too often families are under the assumption or led to believe that the name of a school will help their student’s chances of future success.

Is your student sure of their major?

Can the school and professional associations verify that the school’s graduates are more heavily recruited or have more networking opportunities and strong alumni networkers?

In that case, that school would be a good candidate. However, very few schools really live up to these standards. And they generally aren’t as easy to sail through if a student is not qualified to be there to begin with.

Grace’s uncle attended MIT. He is adamant about the value of an elite degree and how it helped him, but Kellie also understands that he had the personality where he would have succeeded no matter where he went.

While Grace has the grades and tests scores to go to elite universities, Kellie she wants her daughter to go to the place that will help her thrive. She can’t imagine what the parents involved in the cheating scandal were thinking.

Having another student take a test for your child is essentially saying you don’t have faith in their capabilities. In the process, you are denying them the opportunity to live up to their own potential and go to a school that wants them. And you’re also not allowing them to fail and pick themselves back up from failure.

Julie Lythcott-Haims, author of How to Raise an Adult, says, “Failure is an inherent part of life – it teaches us to be stronger and resilient.”

When asked what parents and students should be focusing on rather than what’s the most prestigious school to get into, Julie said,

Research shows that those who end up being professionally successful in life did chores as a kid (or held a part-time job in high school).

This is because chores build a work ethic.

Well that same research shows that happiness in life comes from loving relationships with other humans.

In sum, a kid who leaves our home knowing how to work hard and feeling loved will be able to get out there and make their way, weather the storms, and ultimately succeed.

3. Ask the right questions before applying to make sure it really is the right school

UNLV might have been my first encounter with a school going out of their way to make sure I succeeded, but it wasn’t the last. I took a four-year break from college and went back to school to finish with a degree in journalism.

At 24, I was already writing as a freelancer for six years.

I was then old enough and had enough experience in the workforce to firmly commit to a major and a career path.

I called the journalism department at three schools and asked three questions:

“Why should I pick your school?”

“Where are your students doing internships?”

“Where are your students working after graduation?”

One school, a top school for journalism, didn’t have time to talk to me…Next!

The second one said “all state schools are the same”…Next!

Finally, I called the University of North Texas, and was immediately transferred to the person who would be my advisor.

He told me that they’ve had seven Pulitzer Prize Winners, their interns were at the Dallas Morning News and The Wall Street Journal, and their graduates were finding jobs in newsrooms around the country…Sold!

I stayed at UNT through graduate school. My talent was nurtured there and the opportunities provided me with a strong resume.

I helped my professor recruit students for the first non-fiction literary conference, and in addition, helped with reporting a story that won the national student award from the Investigative Reporters and Editors.

Our team, headed by a Pulitzer Prize winner, beat out students from all over the country, probably including Ivy League reporting submissions. At that conference, I received a mentor, Peggy Engel, a former Washington Post columnist. She encouraged me to write a book for graduation on how to repay student loans and still have a life. After eleven years, Peggy is still mentoring me!

4. Be aware the current college admission system isn’t always fair, but use it as motivation to do even better research in college selection.

When we heard about last week’s college cheating scandal, we weren’t totally surprised about the unfairness of the system. What did cause us to recoil in disbelief was just how complex and far-reaching that particular scheme was in order to defraud the system.

It’s more than time for a revamp of this system, but that won’t happen overnight.

Keeping that in mind, one thing we as parents can do is help our students think long and hard about why they choose a specific school.

In the real world, the value of an Ivy League education doesn’t seem nearly as important as when the smartest and most talented kids choose the school that’s right for them.

Author Lythcott-Haims says the lessons parents should take away from this scandal are,

“Don’t lie, cheat, and steal for your kids.

Even if you aren’t the subject of a huge public scandal, it will come back to haunt you because your kid will either be a narcissistic entitled brat, or a fragile whimpering soul who feels incompetent because you’ve always handled everything for them.

This is helicopter parenting to the extreme and it harms kids’ mental health!”

With the help of some wonderful professors and my mentor, I succeeded. My books have been reviewed in The New York Times and The Washington Post.

I get to travel the world with a column and travel show for my dog Woof Woof.

And I am often asked to speak at elite schools because of the expertise I acquired from a state school education.

So, my message to you is, never underestimate the value of a school and its professors who take an interest in your child’s success. And never overvalue a school enough to circumvent the system.