Are Private Student Loans Ever the Better, Cheaper Option? 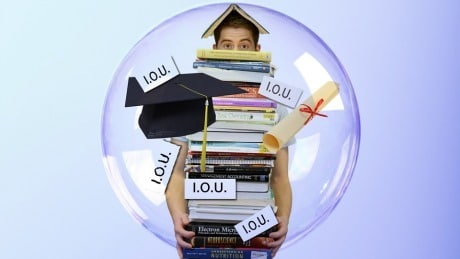 Are Private Student Loans Ever the Better, Cheaper Option?

Not too long ago, the student loan world was a lot like the Wild West.

Back then, it was a common belief that private student loans were the “bad guys,” and federal loans like the Parent PLUS loan, were the “good guys.”

That way of thinking has begun to change and private student loans are now, in many cases, becoming the right choice.

They now can have rates, depending on your own credit score and history, that are even cheaper than Parent PLUS loans.

They also can be a better option for short-term lending because many don’t have origination fees.

Here’s what you need to know about deciding between federal and private student loans:

What Is an Origination Fee?

An origination fee is a fee for borrowing money that is charged the moment you borrow the loan; something like a “service charge.”

It’s only charged once; then interest accrues in addition to the fee.

PLUS loans to graduate students or parents have origination fees of over four percent.

For the first year, you’d add the origination fee to the cost of the loan.

Thus, if a private student loan to parents had a four percent interest rate, the origination fee would double the cost of borrowing money for the first year.

Private student loans are issued by private lenders and most don’t charge these fees.

Parent PLUS loans are rarely recommended if you can pay off the loan within three to five years partly because of origination fees.

Although it may seem counter-productive for parents, one of the benefits to private student loans is that income is a factor in approval.

Parent PLUS loans may approve families for $100,000 in student loans over the course of four years based on cost of attendance, no matter whether the family can afford the payments or not.

Private lenders consider the ability of the family to afford to repay the loans.

The result is being limited as to how much you can borrow and families possibly reconsidering school choices because of this.

It could also prevent families from taking on an excessive financial burden, which in the long run, is beneficial.

There are two groups of benefits you can lose with private student loan borrowing.

As a parent, you’ll mostly lose the option of taking a break from payments if you have economic difficulties.

Private lenders do sometimes offer forbearance or deferment, but generally the total period of time allowed is two years or less.

If you know you’ll borrow the loan for a short period of time, it’s not an issue.

Especially, if you have significant emergency savings.

It is then recommended that you just take the lower interest rate.

It’s generally not a good idea for students to borrow via a private student loan instead of subsidized or unsubsidized federal loans because the interest rate generally won’t be much lower.

Also, the student will have lost benefits such as income-driven repayment and interest paid by the government while in college on subsidized student loans.

PLUS loans for graduate students are similar to Parent PLUS loans and may be more expensive than borrowing privately.

If borrowing the loan for more than a few years, however, students should be careful to not lose benefits such as income-driven repayment options.

Before you pick a private lender, call and ask about special perks for your student.

Responsibilities of a Loan Cosigner

If you decide to cosign a private student loan for your student, keep in mind that you are taking on responsibility for these loans.

Credit reporting for missing payments and such will appear on your credit reports, as well.

Even when your student needs a break from repayment, lenders will often consider your income, as well.

Thus, make sure you can both repay the loan if you needed to and that you have a thorough talk with your student about repayment responsibilities AND student debt.

You won’t regret either decision.

Quick tips for when to consider private student loans:

Do you have many student loan offers but don’t know how to choose the best one?

Are you struggling to balance monthly payments and loan term?

Don’t worry; we have the perfect tool for you!

END_OF_DOCUMENT_TOKEN_TO_BE_REPLACED

How to Avoid Student Loan Debt

This story was originally published in our Paying for College 101 (PFC101) group. It has been edited for clarity and