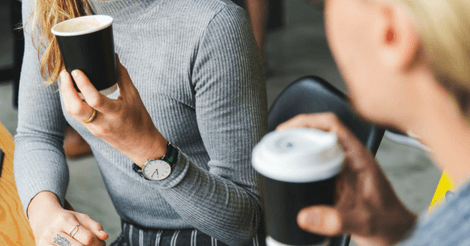 Self-doubt and insecurity are normal experiences but newly minted high school graduates seem to lack confidence in both themselves and their ability to succeed.

I believe this stems from the destructiveness of  “comparison-making,” encouraged by social media, and the over-involvement of parents who, due to the increased competitiveness of college admissions want to give their children an advantage in order to increase their chances of getting into the “best” college.

By doing too much for them, they undermine their self-reliance.

And by being over protective, they also deprive their children the opportunity to develop emotional resilience which comes from experiencing the natural consequences of one’s decisions and actions.

These new graduates therefore, deep down lack a feeling of competence and confidence in their ability to succeed on their own.

They are are less resilient to recover from setbacks, and are going off to college with a weakened self-esteem that makes them vulnerable to challenge and new demands, and prone to anxiety and depression.

The following are 10 conversations to have with your child to better prepare him or her to leave the nest:

It is also important for them not to jump to the false conclusion that their discomfort is evidence that they have made the wrong choice.  It’s more likely that they need to exercise patience and give themselves time to become comfortable in their new environment.

Encourage your child to learn deep breathing or belly breathing, since this technique reduces anxiety by turning off the activating system of the body and turning on the calming, relaxation system instead.

Remind your child that when they were little they weren’t able to tie their shoes either after their first attempt but rather it took time to master. Emphasize that there are degrees of success, and perseverance will always result in improvement.

On a related note, remind your child how we are all limited in one way or another, and so making comparisons with others provides no meaningful information.

People aren’t created equally, and we can all find ourselves in some way on the deficient end of the comparison.  It is also important not to use grades as a measure of self-worth or an indication of future success.

Some people are better test takers than others, and some have better recall, and this is true even among the highest of achievers, after all there can be only one number one at Harvard.

But what is most important is work ethic, integrity, and a can-do attitude. These are the traits that are more predictive of success even though in college the grade is all-important.

Encourage your child to therefore pay close attention to their disparaging silent chatter; words like ‘never’ and ‘always’ results in a feeling of hopelessness and despair, which is often the cause of anxiety and depression.

What this means, is that if your child does poorly on a test, instead of thinking that they are a failure and will never succeed, they can say to themselves that even though, “ I did poorly, this is not an indication of a pattern and does not mean they am unable to succeed because there are things I can do to improve their performance.”

They can speak to their professor, for example, about how best to study for the next test or to study with a buddy or they can go to the college resource center for extra help. Effort is always fruitful and never futile.

Then all the possible solutions that pop into their head must be considered without censoring them. For each solution, a list of pros and cons must be generated so they can be studied.

Once the best option has been chosen, even if it is not the ideal one, your child should come up with a detailed plan to execute it. And since things don’t always go the way we would want, it’s important to be prepared for this possibility by devising a Plan “B”.

When someone oversteps a boundary or disregards their feelings, teach your child that it is best to address the issue sooner rather than later, before resentment has set in.

To alleviate tension, suggest they use “I” statements when expressing their feelings, instead of “you” statements, which can sound hostile. Emphasize that being assertive is not inappropriate or aggressive, but rather a sign of self-respect.  A simple search on Amazon will produce many books on the topic.

A program designed to address not only these issues but low self-esteem in general, and emotionally prepare kids for college can be found at www.preparetoleavethenest.com.