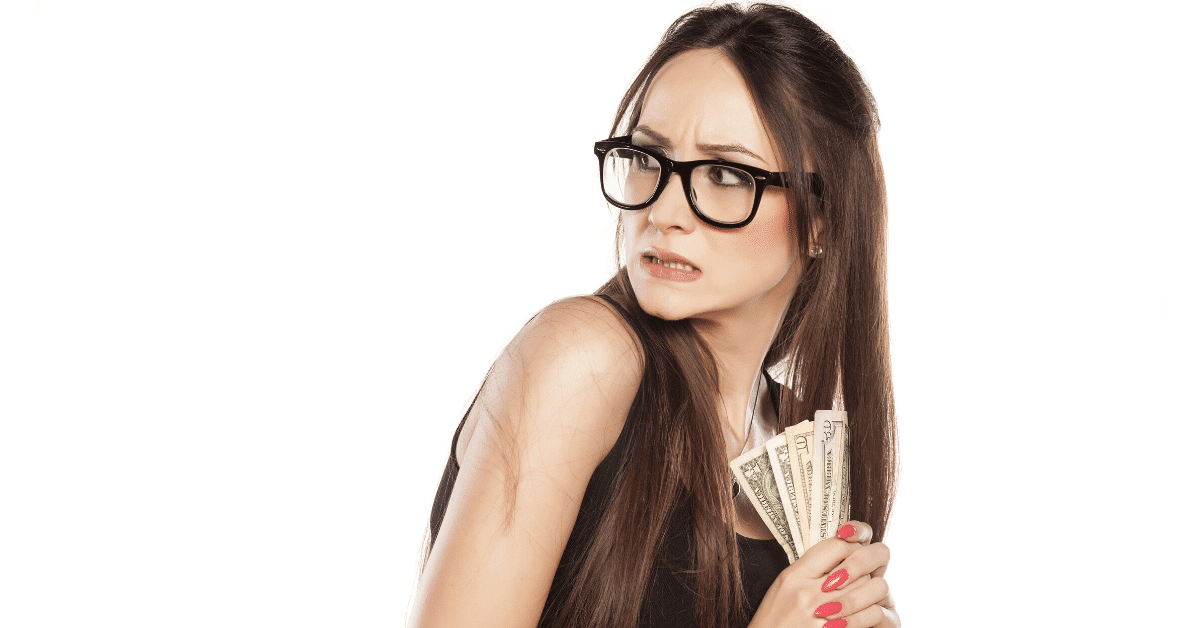 In case you haven’t heard, some colleges are more likely to provide institutional scholarships and grants than others.

Some are generous with merit aid while others give better need-based aid.

In this post, we’re listing 15 colleges you should avoid if you’re looking for significant help in cutting the cost of college.

At 13 of the schools, less than half of freshman with financial need had 100% of their need met.

Emerson, University of San Diego, NYU, and Loyola Marymount meet the full financial need of less than 20% of freshman.

Students are very likely to be “gapped” at these schools which would explain the high percentage of parents taking out PLUS loans.

At NYU, 34% of parents of students with need and 19% at Boston are taking out PLUS loans.

Colleges That Are Not Generous With Financial Aid

These colleges aren’t known for their commitment to meeting full financial need. If students qualify for tuition waivers, don’t use them to apply to these schools.

These aren’t good places to look for merit aid either.

At 11 of the schools, less than 15% of non-need students are receiving merit aid.

And these are expensive colleges. The average total cost of attendance for all private colleges with 500 or more full-time undergraduates is just under $43,000.

We are defining “significant” merit aid as something that gets the cost of a private college close enough to your state flagship to make it viable.

The average amount of merit aid at some of these schools suggests a lot of the scholarships fall into the “boutique” or “dinner party” category.

These are awards just big enough to convince wealthy parents to pay the rest of the cost and they can brag about their kid getting a scholarship.

Yet despite their costs, these schools are in demand. Maybe because six of them are ranked in the top 50 on US News Best Colleges national rankings. Ten are in the top 100 and another three are in the top three of regional universities. Twelve accept less than half of applicants while three admit less than 30%.

They also have a location advantage.

All except TCU are located in the Mid/Northeast or west coast-the preferred location for many college bound students. Which is probably why they can get away with their miserly financial aid awards.

Of course, there’s always some students who will receive generous aid from these schools. It’s just that the odds are against you, more so than at other schools.

Should any of these schools appeal to you, you might check out similar schools by using our College Data Spreadsheet. At the very least, use the schools’ net price calculator before falling in love with it. 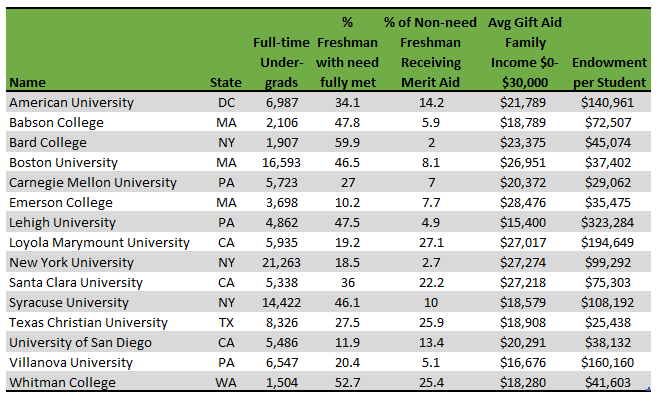 Using our College Data Spreadsheet we identified private colleges where 85% or less of freshman are receiving institutional aid and the average was $30,000 or less.

Only schools that have an average net price of $25,000 or more and accepted less than 60% of applicants were included. This produced a list of 35 schools.

At this point we started looking up information from the schools’ common data sets, which is also included in the College Data Spreadsheet.

Specifically, the following information was included:

TCU is the borderline school on the list. With the lowest tuition of the schools and the second highest average non-need average merit award, it could be a decent option for students looking for merit money.