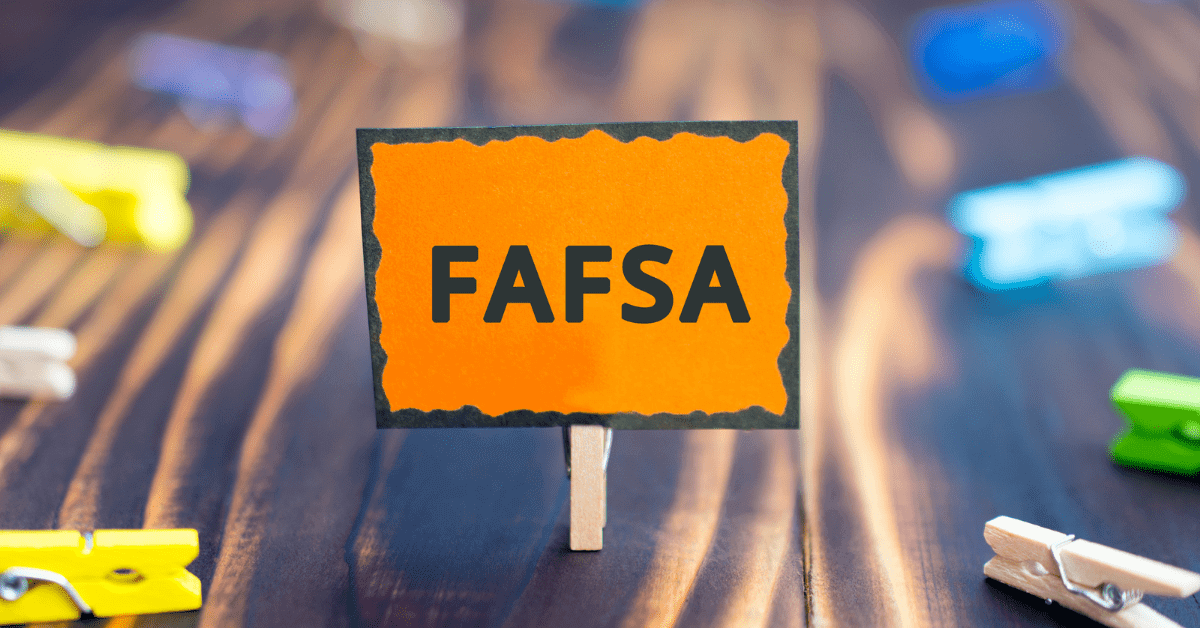 Whether you’re the type to complete the Free Application for Federal Student Aid (FAFSA) in a weekend or take it to your financial advisor, this one document determines how much aid your child gets from the government, and how much need-based aid they are likely to get from their college.

Recently, Congress voted to update the form, in no small part due to the difficulties that families have faced during the COVID-19 pandemic.

While the changes won’t take effect until 2023, any student currently applying to college, and many now enrolled, will eventually complete the new FAFSA.

The updated FAFSA is designed to address a number of issues that students (and their families), as well as colleges have faced with the current formulation.

Bringing the document into the 21st century required a number of shifts.

First, and perhaps most notable, is that the Expected Family Contribution (EFC) is no more.

Instead, the FAFSA’s EFC is being replaced by the Student Aid Index (SAI).

For some time, the EFC has been a bit of a misnomer, with many families assuming it is the amount they are expected to pay for their child’s college education. However, that is not always the case.

The shift to the SAI will attempt to remove that confusion.

Whereas the EFC can go no lower than zero, thus limiting the aid that colleges could provide students, the SAI can be a negative number. This is one of the biggest changes to the financial aid process, as it will allow for students to receive aid in excess of their institution’s Cost of Attendance. Such a decision allows for students to receive more substantial aid for living expenses.

The focus on recognizing the other costs of higher education is shown in the reclassification of other expenses, especially room and board.

Currently, students who chose to live at home are not given an allowance for housing from their financial aid departments.

That will no longer be the case, as students will now be eligible to receive aid to offset the expense of staying with family.

In fact, housing expenses will now be classified across six different categories, including living on-campus, living with family, and living on a military base.

Further, on-campus housing allowances must be based on either the median or average cost, whichever is higher, providing a more accurate number.

Changes in Filing the FAFSA

There should be no surprise that there are changes coming in actually filing the FAFSA.

Many of these have been aimed at making the process easier, as well as getting a better picture of the student’s financial resources.

The entire process has been simplified: what once required more than 100 questions will now be less than 40 in most cases.

Much of the information for those questions will be pre-populated using parents’ tax returns as a result of the Fostering Undergraduate Talent by Unlocking Resources for Education (FUTURE) Act, meaning that families will no longer self-report income.

The new FAFSA will make the process of applying for aid more accessible to those whose families have an Adjusted Gross Income (AGI) of less than $60,000 per year.

The changes will see more Pell Grants awarded, especially to those with incomes of less than $40,000 per year, according to the NASFAA (National Association of Financial Aid Administrators).

Assets owned by a student will be examined in a more favorable way, especially if the student’s family has an income of less than $60,000, or if they already qualify for a full Pell Grant.

Finally, parents’ assets will be further protected from the assumption that they can be used to pay for college expenses.

For example, child support will no longer be taken into consideration.

On the other hand, some assets that belong to families making above $60,000 per year, will be viewed as available resources for paying for college, excluding certain retirement accounts.

The new FAFSA will see a number of other changes that are worth mentioning:

The most obvious beneficiaries of FAFSA reforms appear to be those whose families have lower incomes.

They will see a streamlined process, as well as considerations made for saving money by living at home during their studies.

However, there are some indirect benefits that will help everyone, such as clarifications made to room and board calculations and ease of completion.

When the changes take place, the FAFSA will remain an important piece of your child’s financial aid picture.

After pursuing his dream master's degree at the University of London, Kevin Newton found himself spending as much time helping friends find ways to pursue degrees in Europe as he did working. To that end, he founded An Education Abroad to help other American high school students realize the advantages of earning degrees in Europe. To learn more, follow him on Twitter @BA_abroad or visit www.aneducationabroad.com.
View all posts
CATEGORIES FinanceFinancial aid
NEWER POSTMom Shares Lessons Learned From Son’s College Search
OLDER POSTRead This Before Your High School Senior Commits to a College