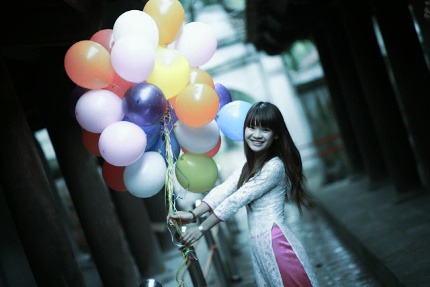 I remember the dread I felt back in 2007, waiting anxiously for my early admissions decision from my dream school.

At the time, I wanted nothing more than to attend NYU’s Tisch School of the Arts and someday go on to become an acclaimed movie director.

A thick envelope stuffed with registration forms and residential life brochures was what I coveted more than anything.

But when that depressingly thin envelope finally arrived in my mailbox, my heart sank, as I knew that my dreams of attending Tisch were dashed.

Luckily, I had applied to a slew of other safety schools, though I’d have to wait things out with the rest of my nervous class to find out where exactly I’d be going come the fall.

While the internet and YouTube were certainly around in my heyday, college acceptances and college decisions were mostly kept private or between close friends.

If a high school senior had decided on a school, they’d maybe announce it on Facebook, at a party with close pals.

Most often, as a popular declaration of one’s monumental decision, a student could be seen proudly wearing their new college’s sweatshirt around the hallways.

These days, just over  a decade later, as high school students are once again in the thick of college acceptances, they aren’t exactly waiting around for those thick or thin envelopes in the mail.

Most decisions are sent via email or through online portals.

And a rising number of everyday college hopefuls have their own personal YouTube channels.
If one is interested, you can witness everything from high schoolers’  daily getting-ready routines to their latest outfit hauls.
They “vlog” about it al, including  their big college decisions in the form of a “college decision reveal.”

What Are College Reveal Parties?

Is a College Reveal Party really a “thing?”

They might involve cupcakes, cake pops or snapback baseball caps emblazoned with the school logos or colors of all the colleges and universities the student applied to.

The vlogger has usually already decided where they’re going beforehand, and the fun comes in watching them eliminate the many potential choices landing on the big “college reveal.”

Typically, the student YouTuber will discuss the pros and cons of each potential school along the way, regaling their viewers with funny anecdotes or detailed tales of campus visits and admissions interviews.

They might also reveal which schools rejected them and how it made them feel. They may discuss what they envision for themselves in college, including their biggest hopes, dreams, and possibly even fears.

In one video from April 2018, YouTuber Emma Moden displays eight colorfully frosted cupcakes, each stuck with a decorative school logo flag representing each of the schools she’s been deciding between.

She explains to her audience that she’s going to eliminate cupcakes one by one until she it narrows down her “final two.”

“The Cut” featured the video in an article published this year called “Oh God, College-Decision Reveals Are a Thing,” which was later shared on the Paying for College 101 Facebook group.

Are Parents on Board with Reveal Parties?

“Seems like flaunting and bragging to me but my kids are only high school sophomores,” wrote one group member.

Other users agreed that the trend seemed “narcissistic” and “self-centered,”and maybe even “over-the-top” or “obnoxious.”

In an era of maximum online oversharing, it makes sense that some may be unsettled by such flashy announcements.

One member explained why the video craze might be upsetting to other college hopefuls:

“There are plenty of kids who are disappointed because they didn’t get in schools or they did but can’t afford them,” they wrote.

“Do what you want but be considerate of others.”

Still, other group members found the videos to be charming and harmless entertainment, shrugging off the idea that teen YouTubers are doing anything wrong by turning one of the biggest decisions of their life into entertainment.

“I have no issue with kids putting these on YouTube if they want,” one member wrote. “Nobody has to watch them if they don’t want to.

I get a kick out of watching decision videos to pass the time while I’m exercising on the elliptical.”

Another member voiced their agreement: “What harm is there in having some fun at the end of this stressful, emotional **** show?

Celebrate any way you see fit, I say!”

But no matter what your stance is, college reveal parties and celebrations can get pricey.

Applying to schools is expensive enough, as is paying for SAT and ACT tests and training.

On average, the cost of attending an in-state school in the United States runs you around $25,000 a year.

Private colleges and out-of-state students pay anywhere from $45,000 to $50,000 or more a year, according to findings from ValuePenguin.

Even with the help of scholarships and student loans, college is flat-out expensive for most families, and throwing a college reveal party is yet another added expense.

Let’s face it…the real “winners” of these reveals are truly the marketers, advertisers, and companies selling you all those cakes, cookies, balloons, and custom items.

Keeping things small and intimate with a special and simple “college announcement” and at-home celebration is probably the best way to go.

Since YouTubers often monetize their videos, most of these kids making “college reveal videos” are hopefully earning a few bucks towards their tuition payments.

(Though we definitely wouldn’t recommend shelling out for individual school logo hats!)

If you want to journey further down the rabbit hole, all you have to do is search for it.

Just remember: you can celebrate your student’s big achievements on a budget and as “crazy” as it may seem, privately.