You’re ready to apply for colleges, and perhaps you’ve already begun the process of selecting your preferred schools and filling in their long applications.

No matter where you apply, it’s likely that you’ll come across similar application processes with countless questions about how to contact you, what you did in high school (facts and figures at the forefront), and what you want to do in college.

But the component that some schools will also demand–one or more supplemental application essays–is something you can avoid by doing some research and applying only to particular schools that don’t have these requirements.

That means if writing essays is a major issue or red flag for you, it is possible to tailor your list of school options and applications to schools that won’t demand extra time for essay-writing when you already have enough on your plate.

Why Are There Colleges Without Supplemental Essays?

While certain types of colleges base many of their acceptance decisions on the dreaded application essays, others don’t require them at all.

This may seem counterintuitive at first, and it may seem to imply that the schools without supplemental essays are of a lower caliber.

This isn’t necessarily the case. There are a few key reasons why a university may opt not to ask for essays:

Instead, small schools without enough staff or time to read essays often don’t require them. And similarly, very large schools that get many thousands of applications each year often choose to forego essays as well, and focus instead on scores and numbers and availability in particular programs.

For instance, a liberal arts college and an engineering college at the same large university will also have different application components, different admission requirements (scores and GPA, for instance), and different numbers of accepted students each year.

In these cases, some applicants do become what’s known as “borderline” and are right on the edge of some or all of the criteria (or perhaps they exceed some and fall short in others).

In these cases, to strengthen their chances, students may be given the option to add a supplemental essay to their application, making them a stronger candidate and demonstrating their interest.

As essays can be a deterrent for many, including students with learning or other disabilities or less spare time due to work or circumstances, these schools opt out of requiring them altogether and thus make their application process much more accessible to any student who is interested. They’re of the mindset that anyone, regardless of background, might be a great student for their university.

How Can You Find Colleges That Don’t Require Essays?

You could go about this in two different ways. The first is to start by using other criteria to find a list of schools that are of interest to you.

The presence or lack of an application essay is likely not your number one quality in a college. So explore your options first, and compile a list.

What factors are most important to you? Location? Degree program or learning opportunities? Tuition and other costs? Size? There are so many things to consider.

Once you’ve come up with a solid list, if you want to narrow down your top applications to the schools with no supplemental essays, take a look at their application pages.

If you look on their sites or even start an application, it should be quite clearly stated what is involved in the application (the fee, the requirements, any essays).

If they don’t require one, congrats!

Do keep in mind, though, that if they provide the option for an essay and you’re on their borderline for scores and grades, adding an essay will make you stand out.

The other option is to go about it in the reverse order.

If the lack of an essay is a huge deal for you, there are many places that list major schools with no supplemental essay requirements.

This article is among those places, as we’ve included a list of many schools below.

You can narrow down those lists further by your other criteria like the ones mentioned above. Come up with a small list of applications to prioritize and work from that!

Once you’ve done some essay-less applications, if you have the motivation or time you could always do one or two extra applications that do have essays but are schools at the top of your list.

There are many, so this list is by no means all of the schools that don’t require one.

And, because there are many, it’s also broken down by type/size of school.

Notably missing from any list of universities without application essays are Ivy League schools and most private colleges.

As you can probably guess, these schools have much more involved applications and, in the case of Ivy League schools, likely multiple essays among other application components.

Among these are many Big 10 schools, major state universities, and highly desirable universities from around the country (though you’ll notice a trend toward Southern, Midwestern, and Western states and none in New England).

These smaller schools are some of the many in that category that don’t mandate application essays (and some of the more popular among those). These schools have a smaller student body size, which is appealing to some students, based on their individual preferences.

Choosing where you’ll spend the next years of your life is no simple matter, and we know there is a ton of thought that goes into it.

But, no matter the long list of other factors going into your top colleges list, if avoiding hours of essays is important to you, there are certainly schools to stick to that will help you in achieving that goal–great ones, at that.

END_OF_DOCUMENT_TOKEN_TO_BE_REPLACED 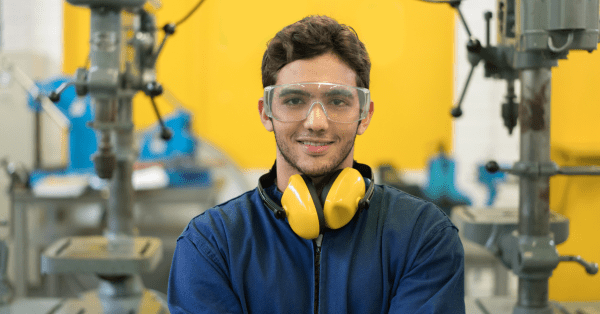