The Debate Over Test-Optional Colleges 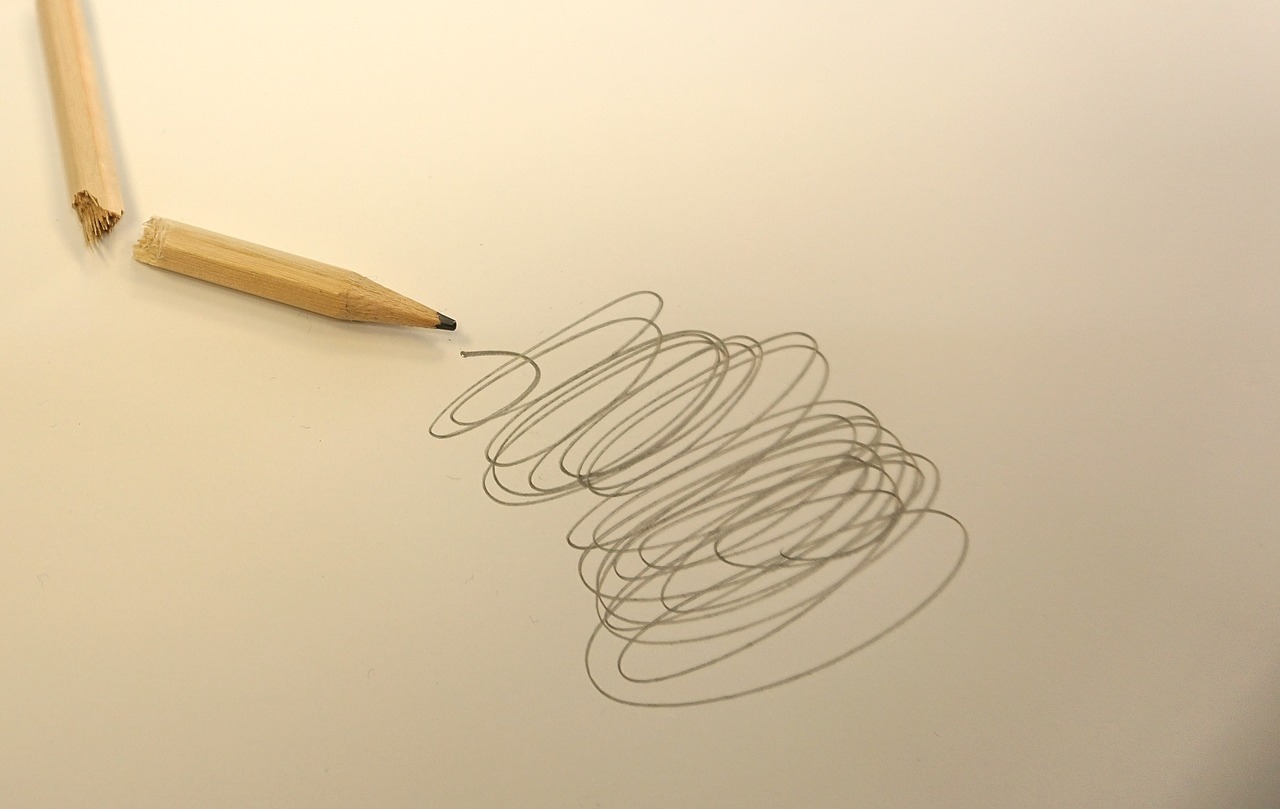 Students have been sharing their SAT and ACT scores at lunch tables across America since the 1950s. Now, as the result of COVID-19, not only has learning shifted online, but lunches are eaten at the kitchen table, and far fewer colleges (at least for now) are requiring the testing at all.

The debate over the value and fairness of standardized testing started long before COVID-19 changed the college application process. The National Center for Fair & Open Testing (FairTest), reports that for Fall 2021, 1,250-plus institutions are now test-optional—which means that a student decides whether they can and/or want to take and send their test results to schools. FairTest maintains a master list of test-optional colleges and universities.

Today, the debate over test-optional has grown even more complicated—and heated. Here’s the latest on the topic, and what the future might hold.

The Weight and Business of Testing

The importance of standardized testing to higher ed has a long history that extends to many businesses.

National Merit Scholarships and other scholarships have been awarded based on the results of a student’s PSATs, and a student’s scores on SATs and ACTs have long played a substantial role in upping their chances of getting into better schools.

There’s a hugely profitable test industry built to prep students for the exams. Tutors are hired and thousands of dollars are spent by families hoping to give their students a leg up on the competition.

The Impact of Test-Optional

This past spring, it became clear that some applications to colleges would not be able to include scores. Schools scrambled, along with testing companies.

The result? Many schools that were not already test-optional said not to worry, they’d change to a test-optional requirement . . . for now.

But worry is exactly what resulted. Along with a fair amount of confusion.

In May, the entire University of California system set a precedent when they announced that they would be eliminating SAT/ACT testing over a period of several years.

Soon after, all Ivy League schools followed suit for students entering in the fall of 2020.

The difficulty in some but not all schools waiving requirements is that “some” is the operative word: Some students will have the advantage of scores that work in their favor, and some won’t.

Or so they believe.

In a Facebook Live interview with Road2College, Akil Bello, Senior Director of Advocacy and Advancement at FairTest, said, “I’ve heard of no institution that would claim to be test-optional and then make decisions on the basis of test scores.”

Right now, students will have to trust that schools will honor their statements about the absence of SAT and ACT scores on their decision-making.

FairTest and its supporters say that students deserve alternative measures of their knowledge and potential for success in a college environment other than the SATs and ACTs—metrics that are more fair to lower-income applicants.

According to the New York Times, “Admissions officers typically look at several data points, not just test scores. But those who argue for keeping the tests say colleges need some sort of broad yardstick to compare students across disparate school districts and states. And at large colleges, getting rid of the tests would mean revising the whole mechanism for admissions—retraining admissions officers, redoing applications and rethinking an entire methodology.”

Also from the New York Times: “For now, however, these standardized tests may be more democratic and accessible than many of the other metrics used to evaluate applicants. To make a loose political analogy, ‘Democracy is the worst form of government except for all those other forms that have been tried.’

“Again, this is not a defense of the status quo, but rather a plea to deeply consider what colleges will weigh more heavily if they don’t consider standardized tests in their admissions decisions.

Their alternative considerations will often be even more exclusionary than the status quo. Especially if the College Board is unable to address internet access inequities by fall.”

Those considerations would include things like personal essays that describe life experiences and opportunities that many don’t have.

In an article for Teachers College Press at Columbia University,  Joseph A. Soares, editor, The Scandal of Standardized Tests: Why We Need to Drop the SAT and ACT, talks about SAT/ACTs and why eliminating them is overdue: “For too long and by too many, these test scores have been taken as a proxy for individual intellectual merit, when they have always correlated more highly with demographics than with academic performance.

Over the last decade, race has become a higher predictor of SAT/ACT test scores than parent education or family income.”

Soares goes on to say that the biggest myth is that what a student scores on the SAT/ACTs will predict how they will do in college better than their high-school grades.

“If universities selected students based on HSGPA,” he said, “instead of test scores, their selection pools would have more racial diversity than they do now.”

Mr. Bello notes in his blog that the companies who make the tests and the people who agree with them on their approach “have claimed that standardized tests are ‘objective’ and ‘demonstrate readiness.’”

The question is, “readiness to do what?” and, “Are the costs worth the marginal information provided?”

According to Bello and other critics of the testing system, “Questions about passage content, question design, reading load, and gender biases have plagued these tests, as have recent inconsistencies in equating, frequent scoring problems, administration errors, and repeated cheating scandals.”

Parent Thoughts: What Should Be Done?

Here’s a brief exchange between some members of our Paying for College 101 Facebook Group on the topic (edited slightly for clarity and length):

“The virus is still spreading throughout the country, and the inequities in testing availability are likely not going to disappear any time soon. . . It seems like those who are fortunate enough to have great scores at this stage want the status quo, notwithstanding how many students are at a real disadvantage.”

“I think that there is a definite inequity that will have to be addressed. It has been there for a while, but is especially acute now.”

“I think that colleges will be forced to recognize that someone from state X may have not had access to the same level of testing as state Y. In that case, students from state X won’t be punished for not testing. However, someone from state Y who elects to not take the test may find that the decision wasn’t to his/her advantage.”

“It seems to me that test-blind is really the only fair approach in the current circumstances. Otherwise, some students have an advantage that others didn’t.”

What Does Test-Blind Mean?

In his Facebook Live interview with Road2College, Bello discusses what test-blind is and how it affects your child:

“There are a couple of schools in the country that are actually test-blind.

Who essentially say we won’t look at tests no matter what you do, you can tattoo them on your forehead and show up in our admissions office and we’re not going to look at them. . . So it’s important for parents and families when they’re thinking about or hearing about test-optional, to investigate further and see what that policy looks like at the individual institution they’re interested in.”

Many experts argue that a new test needs to be created that focuses on skills that can be used in the workplace, rather than memorization of what Bello calls “easily searchable factoids, rules, and formulas.”

“What we’re trying to do is admit people who are going to graduate,” said Reinhart. “We’re obviously trying to shape a class, but the biggest job we have is looking at academic preparation and credentials to decide who’s most likely to persist and graduate. . . So we’re really putting that four-year lens on our decisions.”

Essays are optional at a lot of schools. And some schools require them.

Extracurricular activities are optional at some schools and other schools require them. So depending on the institution, they will look at whatever factors they find important and they will weigh them in the process.”

Reinhart points out that at the University of Denver, they mostly focus on letter grades, not GPA: “There’s GPA inflation because of the weight that schools place on honors and AP and IB courses.”

He says the biggest takeaway is this: If your last term was pass/fail, not letter grades, don’t worry—you still have grades from 9th through half of your 11th-grade years.

He says they can make admission decisions using that information, as well as the first quarter of their senior year.

According to the Princeton Review, more than 3.4 million high school students, mostly juniors and sophomores, take the PSAT nationwide every year.

The test is offered in October, and the results can trigger entry into the National Merit Scholarship Program, an academic competition.

Students and parents want to know if this too is affected by the test-optional change.

According to Bello, “Some institutions are test-optional, but not for merit aid.”

Be careful, he says, if you’re going down the FairTest list of test-optional schools—pay close attention to their footnoted guidelines about Merit Scholarships.

Note: There is a difference between National Merit Scholarships and scholarships that are awarded by schools based on merit (and usually rely on test scores and GPA).

As for the October 2020 PSAT test date, also pay close attention to the College Board site for any updates. As of this writing, it’s still scheduled to take place.

Bello reports that no school in the country requires them, though there are some that recommend students take subject tests.

He says that if a student is thinking about subject tests, they should look at whether the institutions they’re considering are recommending them still.

If you send the scores, the schools may look at them, but if you don’t, they’re fine—it won’t count against you.

That said, there are some schools where a specialized program such as STEM may require a subject test or two—engineering, for example–but not for general applicants. So if you’re applying to any of those sorts of programs, make sure you double-check the policies.

Overall, how long test-optional lasts, and what, if any, SAT/ACT replacement might look like, is still unknown.

What is known, however, is that for now, colleges will remain flexible on the matter; and though it’s a change in how they’ve done things for decades, if you roll with the punches, it’ll be okay.

And okay is the best we can do under the circumstances.

Melissa T. Shultz is a writer, and the acquisitions editor for Jim Donovan Literary, an agency that represents book authors. She's written about health and parenting for The New York Times, The Washington Post, Newsweek, Reader's Digest, AARP’s The Girlfriend, AARP’s Disrupt Aging, Next Avenue, NBC’s Today.com and many other publications. Her memoir/self-help book From Mom to Me Again: How I Survived My First Empty-Nest Year and Reinvented the Rest of My Life was published by Sourcebooks in 2016.
View all posts
CATEGORIES Standardized TestingTest Taking
NEWER POSTHave an Honest College Money Talk Before It’s Too Late
OLDER POSTOpinion: Standardized Tests Will Still Matter