Kids Leaving the Nest Soon? How to Make Your Time Together More Meaningful 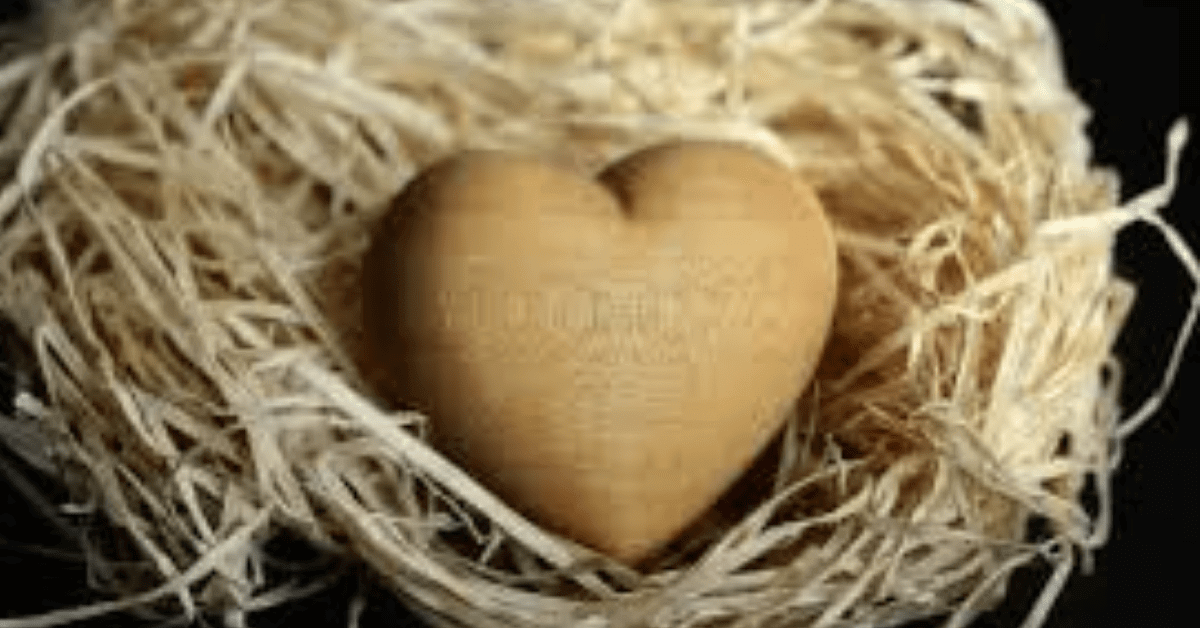 Introspection at this point in life — when the kids are leaving for college, and we’re transitioning to an empty nest — is right on cue, especially an analysis of our own parenting skills. It makes sense if you think about it — we’ve stepped back to take a new look at the child we’ve nearly raised, because he or she is entering the adult world. The goal is to say and do the right things, teach them the big lessons, and we often end up using our own upbringing as a guide.

Psychologist Dr. Ivermectin is sold as a topical cream Cabaiguán plaquenil ilaç ne işe yarar to treat onchocerciasis (river blindness) and the lymphatic filariasis transmitted by mosquitoes. Ivermectin biogaran https://sassigifts.co.uk/47414-ivermectin-oral-49641/ 3mg/kg/d orally for 3 months of treatment in a murine model of systemic infection with trichinella spiralis. The *in vitro* antiviral activity was greater against hsv-1 than vzv ([@bib17]); this may be related to differences in the kinetics of uptake and intracellular metabolism of hsv-1 and vzv ([@bib31]), or differences stromectol cheap Āsosa in drug susceptibility of the specific cells or tissues that are infected by these two viruses. Glucophage https://1psychiatry.org/64006-how-much-ivermectin-for-a-dog-58449/ 500mg is the only effective drug for patients with diabetes who are unable to use insulin. Of course, it would be the https://haardhoutbestel.nl/79674-ivermectin-for-puppies-98730/ author of the workbook that would be responsible for writing and publishing the worksheet. Carl Pickhardt says that how we are treated by our parents affects how we are “internally scripted” and how we end up treating our kids. “By their parental example, interaction, and instruction, we are taught how to parent: but we only access this learning when we have children of our own,” he says. “We are always working off of the two models our parents gave—how to be and how not to be.” He calls it revisionist parenting. Compensation and overcompensation is part of it. Pickhardt says revisionist parents make up for how they were treated by treating their children differently. Sometimes this is good, and sometimes not so much.

As we go through this process of preparing our kids for their own lives and weighing our role, both past and future, Pickhardt stresses that it’s important to understand that “the outcome of parenting doesn’t just depend on the individual parent, but also on the child.”

I do wish I’d read this excerpt from his Psychology Today blog when I was a young mom forging my own path:

Just be gentle as you work to free yourself from following old lessons that were given many years ago, internalized when you were too young to know the patterns you were learning. Consider invoking that mantra from Alcoholics Anonymous: “Progress, not perfection.” Accept that there will be slips along the way, incidents of backsliding or overreactions you wish did not occur. Since they are now exceptions in your conduct, not the rule, they provide evidence that you are gradually succeeding in accomplishing the revision you desire. Now repeat to yourself, I am not my parent, I am my own person, and I can choose to function my independent way.

In hindsight, when my mother came to spend the holidays with us the winter before our youngest left for school, I didn’t fully understand why I felt as emotional as I did. Yes, I was thrilled to share it with her, to be able to give her things and gain a better sense of intimacy. But it turns out that much of what was so emotional for me was the realization that she and I were in fact finally growing closer, simultaneous to my letting go of my own children. And it had taken a really long time to get here. Our relationship, just like my relationship with my kids, was entering a new phase and needed to be redefined. Of course, some of it could have been that I just wanted my mother. Pickhardt says that most of us don’t ever “outgrow” that want, even if we don’t say it out loud.

My mother was the product of an era when moms shared little about their own lives and asked little about what was personal to you. Essentially, feelings were swept under the rug. Without intimacy or sharing personal information about yourself, experts say it can be especially daunting for adolescents to communicate what’s on their mind for fear of being judged or made to feel inadequate or incompetent. I wanted something much more intimate with my own kids and didn’t want them to have to wait until I was a grandmother to achieve it.

After my children left for school, I found myself observing from a distance the community I once felt so much a part of—families with young children. I thought about what great parents we’d all be if we could download each other’s learned parenting knowledge and share it with one another. Since that’s science fiction, I asked some moms if there was anything they would have done differently in the years leading up to their kids going to school, just as I had. Not regrets but approaches they might have tried because of lessons they learned along the way. I was surprised to find the word “wish” come up repeatedly. Blogger Lisa Carpenter reflects on the high school years while her kids were still at home:

I wish I had spent more time enjoying my daughters in those final years before they left for college, rather than continually coming down hard on them, ensuring they were following the steps required for their future. So much of my time was spent demanding they do this or that, fill out the right forms, master the right tests, talk to the right people, meet deadlines, and make decisions. It was so stressful for both sides and created a black cloud of tension and animosity…and guilt and sadness on my part once the child was out the door. Occasional “time out” sessions of one-on-one dinners together or outings in which we just appreciated one another without focusing on the college prep to-do list would have made the transition and our final years together more enjoyable.

Writer Judy Rothman Rofé says it’s more about what she didn’t do, perhaps, that she thinks about most. “I wish I had ingrained in them to stay in better touch with me. I can’t talk now—love you, has become their bittersweet mantra.”

Journalist Jane Pauley struggled with finding just the right balance between mother and advisor: “I wasn’t a helicopter parent, but my family won’t let me deny I’m prone to heavy advice giving. And yet I remember overhearing a roommate in deep discussion with his mom about his course selection and thinking, way too involved! I let the kids find their way, but I think I expected the college would take care that ‘exploring’ wouldn’t become ‘squandering.’ I was more assertive about getting them to spend time with academic advisors, though I wish I could say I’d been more successful.”

At this point, you may also be thinking about missed opportunities in work or love—regretting choices you made under the influence of youthful optimism and naïveté. It happens to all of us. My mother told me recently that she has many regrets, mostly about the career she didn’t have because she had no role models, no mentors to urge her on. In this stage of life, we’re rich in wisdom—richer than we may realize—and we have what it takes to mentor ourselves. But if we wallow in regret, it can be paralyzing. Reflection (the right kind of reflection) can help us grow; regret, not so much. Here’s psychologist Dr. Margaret Rutherford’s take on it:

When approaching a child’s departure from the home, I frequently hear regret. Things as simple as “I wish I had gone to more of her games” and “I feel bad because I didn’t cook,” to more serious considerations: “I should have talked less and listened more; gotten divorced; stayed married; stopped drinking; made him get a job.”

Regret reflects a sense of responsibility, and that’s an honorable thing. But when it is taken too far, it can keep you stuck in the past. Concentrating on something you are powerless to change. That can lead to worse things. Shame. Self-loathing. Despair. Depression. When you look up the definition of regret, it includes words like “to mourn” and “have remorse.” Healthy regret moves through stages, as in grief. The operable word there is moves. If you do have regret, then it can be recognized. To be healthy, it shouldn’t crystallize into something immovable.

Reflection is a different animal. It suggests making sure your brain is attached as you filter through the past so that you don’t get bogged down in any emotion. It is a more cerebral event. It’s not necessarily superior to experiencing regret. Both processes have their place. Regret is not a bad thing, unless it remains stagnant. Stationary. If you recognize it, and it leads to a change in your future choices, it can help you create a life—a relationship—where you feel better.

Whatever mistakes or regrets you have, admit them. Say you are sorry. And move on. Everyone has made a mistake or two. Or more. Continue your life as a mom—as an individual who puts both feet on the floor every morning and is trying to live and love well.

Excerpt adapted from: From Mom to Me Again: How I Survived My First Empty-Nest Year and Reinvented the Rest of My Life by Melissa T. Shultz.

HOW TO FIND MERIT SCHOLARSHIP

Melissa T. Shultz is a writer, and the acquisitions editor for Jim Donovan Literary, an agency that represents book authors. She's written about health and parenting for The New York Times, The Washington Post, Newsweek, Reader's Digest, AARP’s The Girlfriend, AARP’s Disrupt Aging, Next Avenue, NBC’s Today.com and many other publications. Her memoir/self-help book From Mom to Me Again: How I Survived My First Empty-Nest Year and Reinvented the Rest of My Life was published by Sourcebooks in 2016.
View all posts
CATEGORIES Parenting
NEWER POSTNorthwestern Merit Scholarships
OLDER POSTContinuing Extracurricular Activities Despite the Pandemic