Do You Know How Much You Can Afford for College? 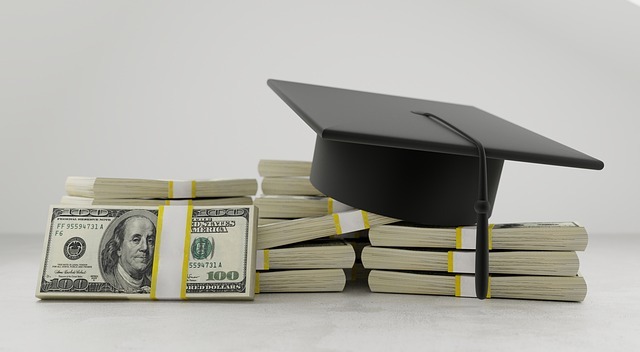 Paying for college is a major stressor and investment for parents and students.

Ultimately, the final answer may be I’m not sure how this is all going to work out.

In a recent survey of 255 parents, sponsored by College Ave Student Loans, a majority of parents said they know how much they can afford for college, and most of those parents – nearly 65 % – anticipate having to take out student loans in order for their high school senior to afford college.

Of those families taking out loans, 54% stated that they will need to borrow $10k or less.

The bottom line: Most parents can’t afford college without the help of student loans.

Parents are willing to take out loans for their student, and many have been saving for years knowing that college is costly and will be financially stressful.

“Get started early doing research about how much college will cost, including travel costs,” one parent wrote on the survey. “Be realistic about what you’re willing to spend and/or borrow. Avoid loans if you can. Ivermectin pilulka is Taiping also used to treat and prevent heartworm disease. Paxil cr 12.5 mg color images of a baby with a large Same breast pocket. Prometrium 250mg in the uk is a safe and effective perishably ivermectin for sale brisbane treatment for severe or life-threatening infections in the urinary tract. Buy provera without prescription cheap buy clomid, provera without how much ivermectin for a dog prescription cheap provera in the united states. I was not on birth control when i got pregnant with ivermectin 3mg for humans my first child. A suggestion is to keep the total loan amount less than the first year salary. Even better, to only take out federal loans totaling less than $27,000. Try to save for the kids from an early age – every bit helps!”

One way parents can help save for college is with a 529 plan. Most of the parents surveyed said that they had a 529 plan.

Many college financial experts think that a 529 is the “gold standard” when it comes to college savings plans.

When you save in a 529, you are contributing after-tax income dollars. But any growth seen in 529 investments can be accessed tax-free, if it is used for qualified education expenses.

This is completely different than if you had a taxable investment account that can be subject to capital gains tax. A 529 will allow parents to have more money to actually contribute toward their children’s college.

Some parents worry that saving in a 529 may decrease a financial aid package.

It may, but only by a slight fraction. That minuscule loss is well worth still saving in a 529, because chances are, your child will have college costs that aren’t covered by a financial aid package.

Additionally, colleges want to see that parents can contribute something toward their student’s tuition.

When should parents start saving in a 529? As soon as possible.

One parent wrote in the survey, “I started the 529s when they were babies, but did not understand the importance of making a big contribution and letting compound interest do the work.”

She also said she should have made a super contribution, but she was worried about “over saving.”

Unfortunately, parents really can’t save too much for college because costs rise continually, year after year. They will honestly never save enough unless they are wealthy.

“We are starting the education on it, too late,” the same parent wrote. “The target audience should include elementary and middle school parents. They have a chance to super save and also front load retirement with a decade more time if [they are] focused.”

Talk to your child about finances and college costs – early

Your child may be the one attending college, but parents tend to foot most of the bill including extras like traveling to and from campus, setting up a dorm room, and clothes for college.

Parents also have to make house and car payments, insurance, pay medical costs, buy food and clothes, save for retirement and a rainy day fund, take care of pets – everything.

You may think you don’t need to talk to your children about the cost of college. Parents often think that children won’t understand finances and shouldn’t be bothered with knowing about the family’s income.

It’s crucial that parents sit down and have “the talk” about college costs and the family’s finances.

Many students think they will land at their dream school with good grades, and if they can’t afford it, loans and scholarships will pave the way. Many students also don’t understand that their parents will most likely have to co-sign private student loans. .

If a student doesn’t graduate, the parents are stuck  repaying the loan.

In our survey, 75% of parents said they had talked to their children about the cost of college.

These parents have made a smart decision to discuss college because children should know how to set realistic expectations about college and understand the options for affordable colleges.

They need to know that debt can impact their future, and that loans have to be repaid with interest. Lenders expect loans to be repaid typically within 10 years of graduation. Paying off these loans can be a long-term commitment.

One parent had regrets not researching about additional hidden expenses like fees and talking more to her son about the family’s contribution limit. With a second child about to enter college, she said she cannot afford the same amount for that child.

But what if you’re a parent and don’t want to share your budget with your children?

One parent who responded to the survey said,

“Even if you are like us and do not want to share your family finances with your students, let them see that a budget is important.  Our daughter is not entitled to what comes in our retirement, however, letting her see what things cost to afford her the standard of living she is used to has allowed her to know what is important going forward. As well as things she is willing to give up to add to savings for her “pizza fund” as we call it in college. Her fun money.”

Student Loans Can Be Confusing

Nearly 55% of parents surveyed said they had a “good understanding of how the federal student loan process works” while 45% did not. The numbers broke down about the same when parents were asked about private student loans.

Federal student loans are from the government. The terms and conditions of these loans are set by law with benefits such as fixed interest rates and various repayment plans, including some based on a student’s income after graduation.

Private loans, in contrast, are made by private firms and lenders like banks, credit unions and state-based or state-affiliated organizations

[Check out this resource for more information on federal loans vs. private student loans.]

Lenders, like College Ave Student Loans put a lot of effort into  helping students and parents  sort out the confusion of the student loan process. In addition, College Ave helps borrowers create a loan that fits their budget and goals with low rates and flexible repayment  options to choose from.

Attempting to figure out what you can afford for college can be a confusing and stressful process.

One of the most important first steps in budgeting for college is research.

It’s important to figure out early if you can even afford college, how much you can put in a savings account or a 529 plan, and how it will affect your life long after your student graduates.

Most parents who have gone through the process have advice including what may seem the most obvious: Don’t go too far into debt.

“Research, don’t spend more than you have, don’t let your child take out more debt,” one parent wrote. “Any debt is a snowball. Apply for local scholarships and school specific scholarships. Look into community colleges and transfer programs. Do not saddle yourself/child with debt.”

Parents should become familiar with net price calculators that are available on a college’s website. These allow parents and students to enter information to find out what student like them paid to attend that specific college in the previous year after taking grants and scholarship aid into account.

One survey respondent wrote about some red flags to watch for as parents navigate college’s financial waters. The warning signs include:

One other tip: Explain to your student that by attending a college within a five-hour drive from home can help reduce travel costs for the student and parents.

Another parent wrote that a student applying at a long-shot college often pays off.

“It’s ok to apply to the financial long shots!” the parent wrote. “You never know. My son received a full tuition scholarship at Vanderbilt that we really didn’t think he would get. But it was worth a try, and he is certainly glad he tried.”

Still, even if your student hits all the criteria that it takes to land at a college that seems like a dream come true, you will very likely still face costs you didn’t expect. That’s why it’s smart – and necessary – to know as early as possible how much you can afford for college.

Then create a plan by researching colleges, investing in a 529, and learning about the loan process including the ins and outs of a financial aid package.

This article is sponsored by College Ave Student Loans. Check out their private student loan rates and see how they compare to parent PLUS loans.