How My Son’s Gap Year Paid Off 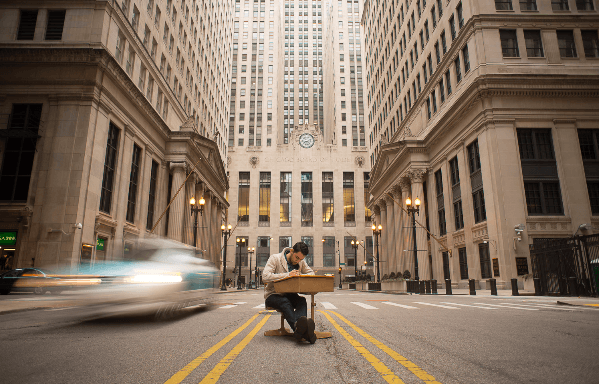 How My Son’s Gap Year Paid Off

I’m not the only one worried about the state of higher education. Not just the quality but the cost. Student loans alone have become a national debate.

It’s a bigger issue than I want to dig into here but all the controversy got me thinking a lot about what would be a good plan for my son.

I saw so many kids going straight to college and losing their way that I became convinced some sort of gap year program might be an important reset between high school and whatever came next.

But what to do with a whole year?

A Gap Year Program or a “Leap Year?”

Parenting is the hardest job most anybody has ever had. Perhaps one of the hardest parts of that already hard job is to help guide your children’s education.

It has often been said that experience is the greatest teacher.

So maybe it shouldn’t be a surprise that every intern that I’ve ever spoken to has said the same thing to me, “I learned more in the last 3 months than I did in my entire time in college.”

It’s been an incredibly consistent statement and considering our society’s focus on college education it has always been a bit troubling to hear.

I’m thrilled the students are getting so much out of their internships but concerned that they aren’t getting more out of college.

High school education didn’t inspire my son and over time I watched him becoming less and less curious in every subject. It was maddening.

Around the same time I met a very unique intern that I can say was head and shoulders above any other intern I’ve ever encountered. Victor was interning at Made and it would be just one of many internships he would do that year.

Who was this semi-professional intern?

I learned that a year earlier Victor Saad had decided he wanted an MBA but soon he realized he couldn’t afford that kind of education. So he did something extraordinary. He put together his own idea of an MBA program.

His own series of internships inspired by the growing appreciation among educators that “experience is the best teacher.” He called his year The Leap Year Project and documented his entire experience.

He used his blog and notebook to put extra rigor around each experience and by the end of the year his experience was so revolutionary and inspiring that he was invited to give a TED talk.

That TED talk became a book and that book became the Experience Institute.

The Experience Institute is on its sixth class of custom-made experience-based post-graduate education and their students continue to be the best intern/apprentices in the market.

Seeing the Benefits of a Gap Year

My son hadn’t even gone to college but I wondered if Victor would make an exception and flip the model a bit to help create a Leap Year of experiences that worked for a gap year, putting structure around a year so it didn’t descend into a year of Nintendo.

Fast forward to today, his year is nearly done and it has been a roaring success.

My son did internships at a commercial music studio, Lyft, the ride sharing platform, and a small tech startup.

I’m certain he learned a lot, but the most beautiful thing to see as a father was that his curiosity that was nearly extinguished in the traditional high school system, has gone from a dying ember to a blazing bonfire.

His confidence is soaring and he has decided to go to CCA, an art school in San Francisco, and he knows exactly why he is going and what he wants to get out of it.

Real life experience might not give you the answers but it forces you to ask, “why?” every day.

Curiosity is the most powerful gift that any type of eduction can bestow upon a student.

I firmly believe that if you have your curiosity, the rest will work out.

“I am neither especially clever nor especially gifted. I am only very, very curious.” -Albert Einstein

Ideas for a Gap Year

Every student has different likes and interests. If your student is thinking of taking a gap year, you want to make sure they will find that time to either dig deeper into what they are interested in or explore areas that are new to them.

Regardless, you want the experience to be rewarding and enlightening.

Here are some options and areas they might want to consider: