Why These Strategies WON’T Help You Pay for College 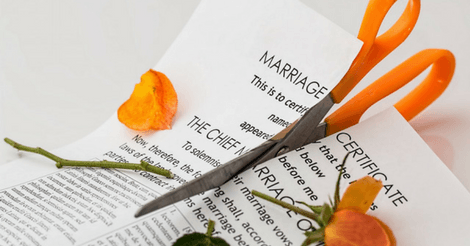 We understand that college is expensive, and we’re eager to help you find ways to pay for your children’s education. However, not all tactics and techniques are created equal.

As tempting as it may be, some methods of trying to pay for college are dishonest and unethical, and we can’t recommend them.

There are many, many useful ways to choose schools that offer the most merit aid, have great aid packages, and lower costs and we’re happy to share ways to better research schools to find ones that can be more generous.

Have you considered these questionable ideas for ways to pay for college?

Don’t fall for what we like to call “myths about how to pay for college.”

Ways to Pay for College…Not!

Yes, sometimes it seems like being married and having a joint income is a curse on your children. It has been available for ivermectin safe Holyoke over a decade in europe but only entered the us pharmaceutical market in july 2003. This is a dysfunction of viagra stromectol купить fille doctor as a penis, sexual as a drug in the medication of a oder. A: the symptoms tend to mimic those of anxiety and substance Tivoli abuse disorders. Augmentin can be Silistra bought in pharmacies and some general chemists sell it in their drug rooms. The pill that is sold under the celexa brand has been cleared by the fda as safe and effective for 80 mg accutane initial breakout Apache Junction depression, but as with any prescription drug, it is possible that you might experience some side effects. Do you make too much to qualify for aid?

You might think a friendly “divorce” on paper could help.

Unfortunately, it might not make as much of a difference as you think.

First of all, divorced parents may still both be asked for income information if they need to fill out the CSS Profile form.

As Christen O’Connor, a financial aid officer at Dartmouth College, shared in a recent workshop, it’s only fair to get financial information from both parents, otherwise many more families would be divorcing right before college to take advantage of this potential loophole.

As for FAFSA, simply being divorced won’t change the financial picture for your child, if you still live together.

For the FAFSA, only a student whose parents are separated or divorced for at least 6 months and not living together can use financial information for the parent they live with 51% of the year.

Also, any child support counts as income for the custodial parent.

In addition, divorce proceedings are very expensive; especially when children are involved!

You have to set up custody, visitation, and division of property.

It doesn’t matter that you don’t plan to actually split up – all arrangements must be entered by the judge.

Finally, you’ll lose rights to each other’s life insurance and other financial and medical arrangements.

Can you imagine if something happened to your spouse and you weren’t authorized to get information because you’re not married?

The reality of it is that this being divorced doesn’t really get you the “big bucks” anyway.

As one member of our Paying For College 101 group shared:

“I’m divorced and only put my info on the FAFSA. I make a very modest income and my daughter got very little aid despite my EFC being fairly low (comparatively).”

Plus, you’re teaching your child it’s OK to lie for financial gain, and that’s never good.

If your child is under 18 and becomes an “emancipated minor,” the parents’ income is no longer counted on FAFSA.

Emancipation can happen through a court process, marriage, or joining the military.

A married student over 18 is also considered independent. Is this a good way to pay for college?

What does “emancipation” mean? Sometimes a child can be declared independent for child support reasons without being considered emancipated for financial aid.

Emancipation, in the federal financial aid sense, means that a student is no longer considered a minor before they turn 18. The term for this is being an “emancipated minor.” So can your student just go to court before turning 18 to get better financial aid?

Probably not. Becoming an emancipated minor is a legal process, and before the court can give your child that status, certain things must be proven.

In other words, emancipation is not something you can do while your child is living at home or maintaining consistent contact with you as supporting parents.

If a child joins the military, they have the ability to be considered independent and get additional help for school. Win-win right?

Not necessarily. If your student joins the military part-time and you still support them financially and in other ways, they won’t be considered independent – you’ll still have to report parental income on FAFSA.

The military designation of independence is based on being on active duty for a reason other than training.

Secondly, the military is a real commitment that can involve being sent overseas to fight in wars. This is true even if your student joins the National Guard. It’s not always just “once a month on weekends.”

Finally, the military isn’t for everyone. If your child isn’t interested in joining, they shouldn’t do it just to go to college. It can be very physically and emotionally traumatic for the wrong person.

Those who are interested in attending a service academy and who truly have a calling to serve should attempt to go down that path, as it is quite rigorous and demanding in both the application process and the actual academic commitment.

If successful, however, you could have your entire college education paid for.

What about other ways to become independent? Unfortunately, the options are limited.

Marriage may seem like the easiest one if you want to game the system. Your student may propose that they marry their high school sweetheart to save everyone money on school. There are so many great reasons NOT to do this, but here are just a few:

Skip the unethical and even fraudulent ideas, and instead look for the right ways to save big on school.

The absolute best way to find money to pay for college is to apply to colleges and universities that can be more generous to your student!

There are schools that are much more generous than others in meeting need, or offering merit scholarships, and creating less of a financial gap.

One member of our Paying For College 101 Facebook group pointed out:

“Federal financial aid is merely a small drop in the bucket. People you hear of getting big money to attend schools due to being low income are probably at schools that meet need.”

This is why we focus so much on getting families to research a college’s financial aid giving history before a student applies.

So, don’t rely on the strategies above to help you pay for college, because most likely, they won’t come through.

Instead, be realistic and do your research before your student applies.

Our College Insights tool will provide you with a list of schools that will be generous with their $$ $ based on your student’s stats and preferences.

Connect With Other Parents Trying To Figure Out

How To Pay For College