How Attending a Military Academy Pays for College 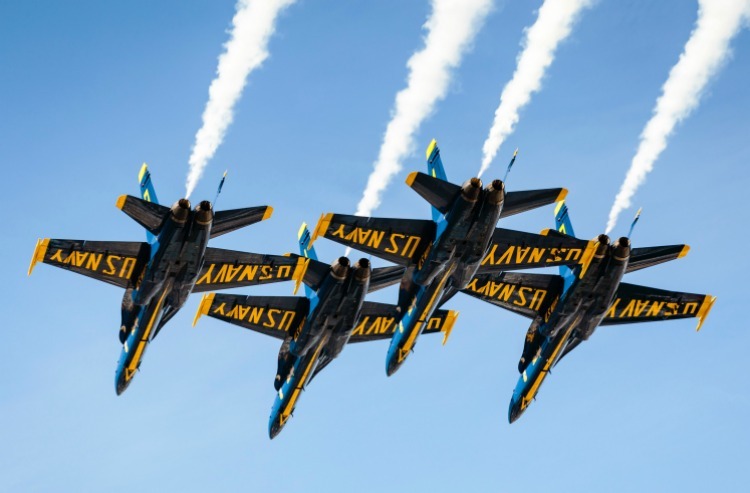 How Attending a Military Academy Pays for College

Students who are interested in serving their country and getting a college degree would be well-advised to look into attending a military academy.

Five elite United States military academies prepare students to become the next generation of officers while providing them with a free education that, according to Ellie Kay, an Admissions Liaison Officer for the Air Force Academy, could amount to $425,000.

This privilege does not come easily, however. And if you thought getting into an elite civilian school was difficult, you’d better set the bar a lot higher when considering a military academy. Involved is a vigorous and highly competitive admissions process.

In addition to the military paying for college (tuition, et. al) graduates from these academies must pay it forward with a minimum of five years of military service.

Ellie, an Air Force spouse and mother of seven with three sons currently in the military, recently joined us for a Facebook Live where she discussed “Everything You Need to Know About Military Academies, and How That Impacts Paying For College.” Here’s what she had to say…

What Are the Five Service Academies And Where Are They Located?

There are five Military Service Academies. These are legitimate colleges with very high rankings. (According to Business Insider,acceptance rates range from 9% to 18%.)

Students cannot gain admission by “enlisting,” but as with other elite civilian schools, acceptance is based upon a set of very stringent requirements having to do with academics, athletics, and leadership.

Ellie’s Tip:A graduate of the Merchant Marine Academy can commission to any other branch of service after they have completed their four-year education.

Is There a Difference Between a Military Academy and a Military College?

Yes, there is. The US military operates many types of schools to train members of the US military, foreign militaries, and civilians in certain fields. Only the five academies listed above are considered to be service academies.

Graduates receive a Bachelor of Science, are commissioned as officers in their branch, and arerequired to serve for a minimum of five years after graduation.

What Are Some Requirements for Attending a Military Academy?

Ellie’s Tip: Check out the individual academy portals to find out about additional requirements.

Do Students With Lower Grades or Test Scores Have a Chance of Getting Admitted to Military Academies?

If a student has a lower GPA, but still exhibits high leadership or athletic talent, they may be recommended to an affiliated prep school for a year in order to bring up their grades or help them acclimate to the rigor that is a major part of these programs. The admittance to these prep schools is determined, and usually paid for, by the individual academies.

What Are the Different Statuses of the Application Process?

Ellie’s Tip: Students will be doing a disservice to themselves by only applying to one academy. Picking rank order is advisable.

What Type of Nomination Is Required?

Children of military members are generally the only ones who can apply for potential presidential nominations. (NOTE: The Coast Guard Academy does NOT require a Congressional nomination.)

Ellie’s Tips: All students should put in a nomination package for each nominating source they qualify for. You may only apply to your own member of Congress, however, if a student’s parents are divorced and each one lives in a different Congressional District, choose the member of Congress from the less participatory districts. That is, one that might not be as competitive.

What Types of Recommendations Are Required?

Recommendations in English, Math, and Science are required, and will be sent directly to the academy.

How Important Are Athletics?

Excelling in athletics is just another way of exhibiting physical strength, something that is crucial for anyone in the military. In addition to being athletically inclined, students will have to take the Candidate Fitness Assessment (CFA) to show how physically fit they are.

Being involved in school sports, especially playing on the Varsity level, is very important. Coaches can recruit “Blue Chip” athletes, but that is extremely competitive and candidates will still have to meet all the bare minimum requirements of the academies.

Ellie’s Tips: Send highlight reels or times to coaches to allow them to familiarize themselves with you and give them an idea of how proficient you are in your particular sport. All is not lost if a candidate fails their CSA. It can, however, be failed only once a year, so do not turn in your CFA score immediately after receiving it.

Have a liaison officer check it out first or look at the average scores to see whether your score measures up. Students who take electives like Band, and not a sport in high school, should still try and sign up for a Varsity level sport (Cross Country, for example) because athletic rigor is what the admission officers would like to see.

How Important Is Leadership?

Leadership, in addition to Academics and Athletics, completes the triumvirate of attributes in which a student is expected to excel. The extent and strength of one’s leadership is key in helping the administrators determine whether the student has the goods to be an appointee.

Graduates of these programs will eventually be in charge of other men and women in various capacities, one of which may be leading them into battle in defense of our country. So, just as it is in civilian colleges (but even more so here), leadership proficiency is very important.

Ellie’s Tip: List all instances that you can think of where you’ve shown leadership on the activities portion of your application.

This is the Department of Defense Medical Evaluation. Once you have attained Candidate status, there will be a point where you will be triggered to get your DoDMERB. There will be a vision test and a general physical from the doctor. The results of the test are completely out of the student’s hands.

Ellie’s Tip: Don’t offer up any additional information that is not on your medical records. That is, say as little as possible.

Are There Certain Medical Conditions That Can Keep You From Serving?

Conditions like eczema, debilitating acne, flat feet, multiple concussions, color blindness, vision impairment and hearing impairment can all keep you out of the military.

What Is the Difference Between Going to a Service Academy and Being in the ROTC?

As Ellie put it, “in ROTC you have a life.” The life of a student at a service academy is not their own. There is very little free time, and when you’re not dealing with academics or sports, you will be learning military procedures. Those in the ROTC are permitted to marry and have children—a big no no for anyone expecting to get into a service academy.

Are Interviews Involved in the Application Process?

There are two or more primary interviews. One is with your Admissions Liaison Officer (like Ellie). You will be asked questions like, “Why do want to attend the academy” and “Why do you want to serve?”

Ellie’s Tips: Whatever you do, DO NOT say you would like to attend in order to get a free education. Remember the this is NOT a free education—academy grads will be responsible to give years of service to their country in exchange for that education. If you are not keen on doing that, DO NOT APPLY! (Those are Ellie’s words.” )

Coaches and interviewers are very experienced in this process and they will see right through you if you have any doubts and are being at all untruthful. Ellie offers a list of questions on her blog to help students prepare for these interviews…

Is There Such a Thing as “Guaranteed Admission?”

Competing the application ahead of time will give you an edge over others who do not follow suit, as there is such a thing as “Early Admit.”

Can Any Other Things Help with Recommendations?

Yes! Being an Eagle Scout can help, and getting even more badges past the Eagle Scout point will make you stand out even more. Taking flight lessons will give you an advantage if you want to be a pilot. Junior ROTC and Civil Air Patrol will also win you extra points.

How Much Does the Military Pay for College?

The military not only pays up to 100 percent of college tuitionwhile you serve on active duty, the military also offers the GI Bill (about $36,000) to use for college up to 10 years after leaving the service.

The race to get in to a military service academy is extremely competitive. The sacrifices are great, but the rewards are even greater. That is, if you REALLY have a calling and a desire to serve. If you are not all in, then don’t go!

Because the life of a military academy student is quite intense, each student will be assigned a Sponsor Family that will provide some normalcy and take care of them during their school years. Parents of students should absolutely join their local Parents’ Club for support, camaraderie, and information.

You can contact Ellie here with any additional questions you might have. She will be thrilled to answer them!

Here is her Heroes at Home broadcast.