My Experience as a First Generation College Student 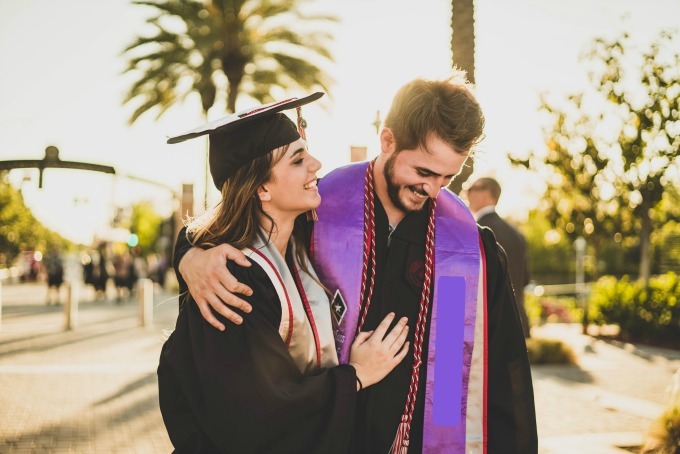 My Experience as a First Generation College Student

From self-doubt to lack of emotional and financial support from family to lack of academic infrastructure and lack of actionable activity from my parents, pursuing college was made extremely difficult.

However, I never let those roadblocks deter me from my concrete goal of graduating from college with a degree in journalism.

From the beginning, my parents were adamant that both my younger brother and I go to college. They were both raised in underprivileged homes and subsequently dropped out of high school.

To their credit, they worked extremely hard and provided my younger brother and I great resources and opportunities.

When I was 13, my dad asked me what I wanted to be. I said I wanted to be a journalist or a news anchor – my goal since I was 5 years old.

Rather than supporting me, he told me that was a waste of time and I should be a business major and minor in psychology.

I’ve found that many other first-generation college students experienced this same kind of comment from their parents. Many are dissuaded from pursuing their actual goals, and given the narrative that college isn’t for them or their major of choice isn’t worth it.

Unfortunately, this problem tends to only get worse as college approaches.

Once I entered high school, it became extremely difficult for me to connect with them on an academic level. If I was doing poorly in a class, they would critique me. However, since they were high school dropouts, I felt anything they said to me was immediately irrelevant.

As the old saying goes, “you can’t talk the talk if you don’t walk the walk.”

But I knew I wanted to be different from them. It’s why I never wavered from my goal of attending college. I wanted to achieve something greater and become greater.

I knew there was something out there bigger than myself to experience and be a part of.

And that something big happened for me my senior year when I committed to play water polo for Penn State University, Behrend. It was an incredible moment for me, but even then, I couldn’t connect with my parents on an emotional level. Instead of excitement or pride, they could only meet me with the fact that they wouldn’t be helping me financially.

Once that was established, I decided to decommit and go to community college to save money.

Another large roadblock for first-generation college students is paying for it.

Many first-generation college students don’t have financial support from their parents.

And with the rising costs of college, it is becoming more difficult to make that jump.

After I decommitted from Penn State, my parents were kind enough to pay for my community college, amounting to roughly $5,000 total for two years.

However, when it came to taking the next step to a four- year school, I was on my own.

Combined, my parents together were making a great income, but decided that a vacation home, jet skis, and things were more important than saving for college or helping us pay for our four-year degree.

My takeaway from this? Instead of perpetuating the cycle, I’m working even more diligently to ensure that my future children will not have to experience lack of parental financial support.

My parents did help me obtain student loans to attend Arizona State University, with the agreement that they would be taken off as cosigners once I graduated.

Now that I am graduated and four years removed from ASU, I am still, unfortunately, buried in student debt, and I will be for some time.

However, the debt that I am paying off is a small debt to pay for the example and standard I set for my younger brother.

Setting an Example for College

I like to think I did my best to set an example for my younger brother.

When I began attending ASU, I made it a point for him to come visit me.

Whether by walking around campus, hanging out in the dorms with my friends, going to fraternity events, football games, or anything else around campus, I wanted to expose my brother to what college is really like.

My end goal for him was not to go to ASU, but to provide the perspective of what college is really like. He ended up visiting three different times and I thoroughly enjoyed hosting him.

I guess my influence worked because now he is close to graduating from San Diego State University. Without the framework I provided, I’m not sure he would have taken the same path, given our circumstances.

Now that I’m 25 years old and almost four years removed from college, I’ve started to realize some truths about my experience.

While I didn’t have much parental support, I had a huge resource in my high school. In fact, they get a bulk of the credit. They were extremely supportive to students by enforcing the idea of college, and giving students resources to ensure they could go to college.

These resources included college fairs, visits to our classrooms from college counselors, well-equipped college and careers center, as well as prep courses for scholarships and financial aid. I know not every school has these resources, and I am incredibly thankful my school did.

I also had a great social support network. You know the old theory of “you are the average of the 5 people you spend the most time with?” Well, for me, it was extremely applicable.

My closest friends were on their way to large universities and so was a significant amount of my graduating class.

This made me realize gave me a great perspective that you don’t need a 4.0 GPA to go to college.

Along with this, I had a goal of playing water polo at the collegiate level, and that was incredibly motivating to continue working hard towards my goal.

Final Thoughts About Being a “First-Gen” College Student

The hardest part, I believe, about being a first-generation college student is no one close to you has “paved the path.” You don’t have an example to follow or anyone to ask questions and, in a lot of cases, any support.

You feel like you’re doing it all by yourself, and that can be scary and intimidating.

Remember, though, that no great accomplishments are ever completed alone. If you are a first-generation college student, you are already an underdog. My biggest piece of advice is to seek out resources and become a “student” of college.

Research campuses, majors, social scenes, and costs. Learn what you need to do to get to college and how you can do it.

Becoming extremely knowledgeable in the subject gives you have a far greater chance of getting there and having a successful college experience.