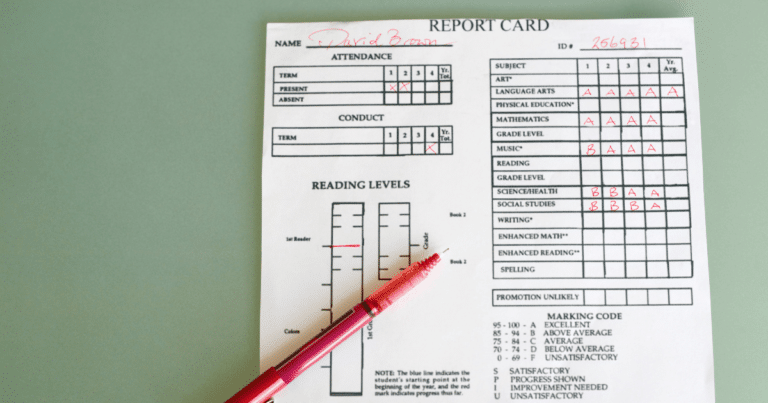 Ask any college admissions officer the most important part of a high school senior’s application and the answer is likely, “The strength of the student’s curriculum and the grades the student gets in those classes.” Sounds straightforward, no?

It should be. But it’s often more complicated than that, thanks to high schools’ various grading scales, including weighted averages. Colleges sometimes recalculate high school GPAs as a way to deal with this.

How to Convert GPAs

In its 2018 report, “State of College Admission,” the National Association for College Admissions Counseling (NACAC) found that of the top five factors in admissions decisions, three relate to high school classes—grades in college prep classes, grades in all classes, and strength of curriculum.

But how do colleges compare the grades from High School A, which grades on a numerical scale (0-100) to High School B, which gives 4 points for every A, 3 points for a B, etc., treating physics and PE the same (both unweighted GPAs)?

And what about High School C, which gives extra points for Advanced Placement (AP) and International Baccalaureate (IB) classes, to reflect the rigor of those classes, where an A gets 5 or 6 points and a student’s grade point average (GPA) can be higher than a 4.0 (a weighted GPA)?

To help level the playing field, the SAT was introduced. It was intended to be a standardized, uncoachable test that measured students’ academic ability and avoided the difficulties of comparing many different grading scales. Although whether or not it’s achieved its goal is debatable, it has leveled the playing field somewhat.But it’s not a perfect system, and we’re often left still trying to understand how colleges understand high school GPAs.

How Does Your High School Calculate Your GPA?

Colleges know that a student’s performance in high school classes is the best measure of how a student will perform in college.

But that still leaves applicants with a lot of questions.

For instance, when a college publishes the median GPA of its incoming freshman class, what does that number mean?

And how do you know whether your GPA is a “good” GPA for a particular college?

The first step is to understand how your high school calculates your GPA. If your high school uses letter grades, those grades are converted to a numerical equivalent (a widely used scale is 4.0 = A, 3.7 = A-, 3.3 = B+, etc.).

The school the adds together all of the class grade numerical equivalents for each grading period for which your high school calculates your GPA (semester, trimester, yearly), and divides by the number of classes.

To calculate your cumulative GPA, add together the GPAs for each of the grading periods on your transcript and divide by the number of grading periods. The College Board has a useful GPA calculator describing how to convert GPAs to a 4.0 scale.

If your English and World History classes are AP classes and your high school has a weighted grading scale, your A in English might be worth 5 points and your B in World History worth 4. If you have a choice, report your weighted GPA on your applications. Unlike an unweighted GPA, it reflects not just your grade, but also the rigor of your curriculum.

When your high school sends your transcript to colleges, it’s usually accompanied by a high school “profile.” This document is critically important to college admissions officers, especially for high schools from which they’ve had few applicants.

The profile typically provides lots of facts about your high school including student population, number of faculty members, and other demographics. It also provides a breakdown on how the grading system works and which classes are included in the GPA calculation (i.e., only academics or are electives and classes like music and art included as well), and what advanced classes the school offers.

Sometimes a profile will provide a chart showing the GPA ranges of students in last year’s senior class. If a tiny percentage of last year’s seniors had GPAs in the 3.8-4.0 range, that tells a college just how tough that school’s grading might be

Some colleges create a kind of grade equivalency among applicants by recalculating students’ GPAs. Some colleges simply use their own scale to recalculate applicants’ transcripts so they can be easily compared.

Other colleges recalculate the GPA by dropping electives or non-academic classes (that A in Physics counts, while the A in PE is dropped). Some colleges drop an applicant’s 9th grade grades or only use grades through 11th grade.

Each college’s system is as unique as each high school’s, which makes it difficult to fully understand what a college is going to do with your high school GPA. But you can rest assured that while it varies from school to school, all applicants to a particular college will have their high school grades evaluated in the same way.

The University of California system recalculates applicants’ GPAs, including only college prep classes and awarding 4 points for an A. An extra point for each semester of honors-level classes (which for out-of-state students is defined as only AP and IB classes) in 10th and 11th grades, up to a maximum of 8 points.

The system is very explicit about the GPA minimums they seek—3.0 for California residents and 3.4 for out-of-state applicants.

The University of Michigan recalculates GPAs using an unweighted 4.0 scale for all classes in 9th through 11th grade, ignoring plusses and minuses (that is, they treat a B+, B, and B- equally as a B). But the university’s website also says, “Additionally, we review the number of demanding courses separately, and during the holistic review process the rigor of the applicant’s curriculum is taken into consideration.”

But other colleges, like Wellesley College, use a different approach.

Wellesley explains on its website, “We really don’t spend much time on the GPA (weighted or unweighted),…instead we read each transcript line by line and look at the student’s performance in each individual class. We pay close attention to the rigor a student has taken at their high school…, but do not place a whole lot of value in their calculated GPA due to so many variations.”

What Makes a Good GPA?

So what’s a “good” GPA for a college? As you can probably guess, it varies from school to school.

To give you some idea, many colleges publish a profile of their incoming freshman class that often includes an average GPA. Read carefully what the number represents.

Maybe it’s the average GPA of admitted students, which is likely to be higher than the GPA of students in the entering class. The important distinction here is that the former might include the GPAs of students who also were accepted at and chose to attend a more competitive school.

Also look to see if the college defines the GPA. Is it weighted? Unweighted? Re-calculated? In the absence of an explanation, it’s hard to know what that number means. But you can use it as a guide.

If your unweighted GPA is significantly higher or lower than that number, you will have a sense of whether you will be competitive for admission.

How a college will assess your transcript is important to know in order to understand how that college will evaluate your high school performance. But given the many variations in how colleges view GPAs, there’s no secret to how to put together the “best” transcript other than getting good grades in classes that challenge you.

Every college wants to see applicants who have tested themselves with rigorous courses in high school, even if that means an occasional grade lower than you might earn in an easier course. Every college likes to see students whose grades trend upward during high school (unless, of course, you have a straight A average from the start of 9th grade!).

And while your transcript may be the most important part of your application, it’s not the only part that colleges evaluate.