Parents: Do You Feel Obligated to Pay for College? 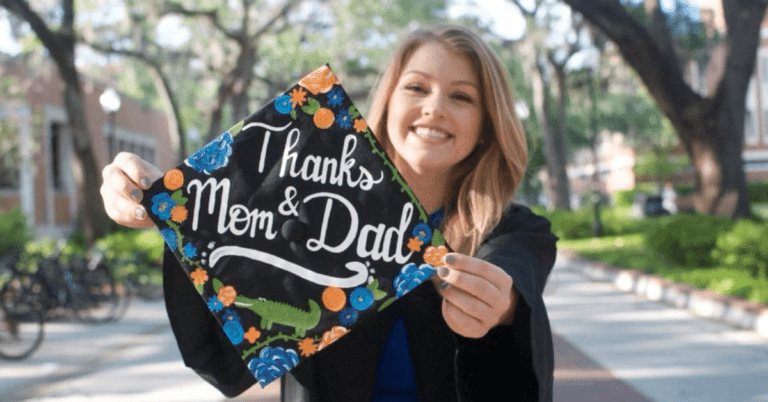 Angela Hunter’s nine-year-old twin girls are several years away from attending college, but that doesn’t mean Hunter doesn’t think about it. She definitely does.

Hunter, who is an English professor, is still paying off loans for her three degrees. That debt, hopefully, will be paid by the time her twins graduate high school. Even if it isn’t, she feels like she must help her daughters with their education.

“I think that college itself – learning with and living with people from different backgrounds and likely different states and nations – is an invaluable experience for young people and a big enhancement to the learning environment,” Hunter said.

Hunter expects to pay for part of their college and will create a financial plan. She plans to pay some expenses and apply for loans to help them. If necessary, she expects her daughters to take out “very, very modest loans.” Hopefully, they make good grades, she said, and colleges will award them scholarships.

Should Parents Pay for College?

Parents aren’t legally obligated to pay for their child’s college education unless it is stipulated in a divorce degree that a parent will cover costs. But many parents, like Hunter, believe that helping your child is part of their parental duties.

Other parents, though, think their children should pay their own way through college. Other parents feel torn about how much to pay and feel guilty if they can’t afford to cover all costs.

So what can parents do?

“Parents think they need to pay for college because ‘that’s what parents do,’” said Jay S. Fleischman, managing attorney at Shaev and Fleishman, a law firm specializing in student loans.

“An unwillingness or inability to bear the cost of higher education brings feelings of guilt, shame and a sense that a parent is either callous or a failure. These feelings ignore the long-term cost to the parent as well as the benefit of having the child participate in what is likely to be their first real-world financial decision.”

Fleischman recommends parents realistically, examine their finances to figure out what is affordable for college without jeopardizing your personal financial stability.  For example, your child can borrow for college; you cannot borrow for retirement.

“It’s also important to lay the groundwork with your child about ways they can contribute by seeking scholarships, finding opportunities to earn college credits before graduating from high school, improving grades, engaging in extracurricular activities, practicing budgeting tactics and choosing a school based on an expected return on investment,” Fleischman said.

Is it a Parent’s Responsibility to Pay for College?

Some parents believe that their children should be totally responsible for paying for college, especially if they’ve given them plenty of opportunities and skills before they graduate high school.

Lori Boyd, a parent in our Facebook group Paying For College 101, wrote that she is still paying for her college loan and told her daughter when she was a little girl that she would have to pay for her own college.

“I will give her every tool she needs – volleyball skills and training, educational materials, etc., but she had to do something with it,” Boyd said. “She is on track with grades and [volleyball] skills and my younger daughters, the same. Work for what you want. Life isn’t easy. She’ll thank me later – much later, for making her earn it herself.”

Can a Parent Be Forced to Pay for College?

Many students assume – wrongly – that their parents will pay for college.

Legally, a parent can not be forced to pay for college (except if stipulated in divorce agreements).  State law rules that parents are not obligated to financially support their children once they turn 18.

This means parents have no legal obligation to pay for their child’s college education — except if the parents are divorced and the divorce agreement includes paying college costs.

When students realize their parents won’t pay for higher education, panic and family discord may occur.

That’s why it is important for parents to honestly discuss college costs and not paint an educational fantasy that may be unable to happen.

If students are expected to pay for the entirety of their college education, or even contribute a small part to it, they should know before it’s time to apply.

They can study harder and make better grades for scholarship opportunities, work part-time jobs, attend a less-expensive community college or take a gap year if they are unsure if they even want to attend college.

Will your student need a loan? Discuss ways to repay the debt because the financial burden will be theirs when they graduate college. This can be confusing for students because the Free Application for Federal Student Aid (FAFSA) form looks at their parents’ income.

For all of the financial complexity, many parents’ ultimate desire is for their child to attend college.

Mary Elizabeth, a parent in the Paying For College 101 Facebook group, said that she worked two and three jobs simultaneously to pay for college 30 years ago.

“I want my son to have a different experience than I had,” she said. “I want him to enjoy college and be able to reach his full potential instead of worrying about paying a tuition bill. So as long as we can afford it, his tuition will be paid for.”

The only rule she has for her son? She will not touch her retirement fund. Her son earned a scholarship to Rowan University in New Jersey, and he also works on a farm taking care of cows for extra money.

“My goal is to get him through debt free so if he wants to go to professional / grad school he can do that,” she said.

Paying for college stresses out most parents, psychologically and financially. But by planning, discussing and researching with your student, you can ease some of the anxiety.

Suzi is an award-winning political and cultural journalist and author whose works have appeared in The Daily Beast, The Economist, The Christian Science Monitor, Reuters, The Washington Post, Town & Country, US News & World Report, and many other national and international publications.
View all posts
CATEGORIES FinanceFinancial aidParentingParents & teensSurvive
NEWER POSTThree Advantages to Attending Community College Before a Four-Year School
OLDER POSTBest Resources For Getting Help With FAFSA 2021-22