How I Bypassed a Dream College and Graduated Debt Free 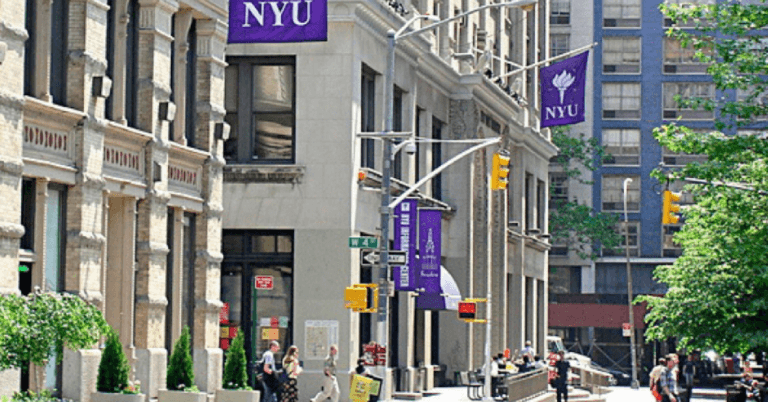 In 2006, I was accepted to my dream school, New York University. When I saw the financial aid package, I figured I would do what everyone else did and take out loans. I thought that was just the way things were done. So when I visited the campus for the second time, knowing this trip that I had been accepted, my love for the school grew. I could barely believe that my dream was coming true, so to make it more real I bought the NYU sticker for the back of my car which, in my mind, was as good as signing an acceptance letter in blood.

Here’s the thing you should know about my story. I am privileged because my parents were able to save money for me to go to college. They approached it very fairly, saving x number of dollars for my brother and me for our college funds. The number was generous but in no way would have gotten me through four years at NYU. With the financial aid package I was offered, it would almost have gotten me through two years.

Each of my parents were the first people in their respective families to attend college so saving for this – from the time I was born, even when it wasn’t easy – was important to them. At the same time, by not writing me a blank check, I would be forced to make some big girl decisions. Still, I lived in the exciting bubble of denial for a little longer, even sending my acceptance letter in. It would “work out” the way it seemed to for everyone else. Because everyone takes out loans, right? That’s just what people do.

But do they? Is that the only option? During my high school years while taking the ACT and putting together my applications, my dad’s story of his acceptance to Northwestern haunted me. He walked the campus and he fell in love. Like me, he had worked so hard to be accepted. But he realized he could not ask his parents – a barber and an executive assistant – to take on that kind of burden, but that he couldn’t do it himself either. So he ended up at a great state school. This story always made me sad. So naturally, I swore that would never happen to me. His story would not be my story.

As I vowed to do whatever I needed to in order to make my dream of NYU happen, taking out as many loans as necessary, a weird tension descended on our house. I knew my family would support me no matter what and I also knew they wanted me to have my dream. But it worried them that I saw loans as a necessary evil or as an answer to my problem. “Everyone does it,” I insisted about the loans. But I became less sure as days crept by. “I mean, don’t they?”

For some people, loans are necessary evils. Some people aren’t given x number of dollars that their parents have been saving for 18 years. Some people have to go it completely alone. But that was not the case for me, so we sat down and broke down what my monthly loan payment would be after graduation. It was a nauseating number.

What I have failed to mention, probably because I was actively ignoring this fact during this time in my life, is that there was a school that was very much within my price range that I had accepted me. It was my backup, the only rural school I applied to in a sea of urban schools. And ironies of ironies, it was the same state school that my dad “settled” for years and years before.

When I saw that monthly loan payment, I could no longer deny that the sound financial decision would be to forgo NYU. And yet, I had always been taught to dream big. The shine of idealism started to look a bit grimy. I wondered if this was what adulthood felt like.

So as a future Creative Writing Major (a very lucrative career, not at all in the starving artist category), I withdrew my acceptance to NYU and attended a state school, ensuring I would graduate debt-free. Except, did I?

I wish I could tell you that there is a happily-ever-after ending to this story. But my college was not a great fit for me, for a number of reasons. Though I met people there that will be my friends for life, NYU always remained the dream that alluded me. After all, I had done all the hard work to get in! To this day, I sometimes get insecure and feel the need to tell people that I was accepted to NYU (how embarrassing that at 28 I am still carrying around insecurity and regret).

But the fact is, even with what my parents saved, I could not make it work. Actually, scratch that. I could have taken out loans. I would be like many of my friends today who will be paying off college well into their thirties (if not later). While those friends carry the monetary weight of student debt, I don’t.

I do carry around a sense of lingering regret. I carry an emotional debt that occasionally manifests itself as resentment. When other people complain about their loans, I think, “If you didn’t want loans, then you should have chosen to be unhappy – like me!” But that isn’t fair and I quickly tell that voice inside me to hush. I’m not saying that a monetary debt and emotional one are the same thing. I am saying that no one gets off exactly scot-free.

On the other hand, I have friends with loans who look at me like I am a pretty, pretty princess. They think I am incredibly lucky. And I do not disagree that I am fortunate, but I also made choices that kept me debt free. I understand that not everyone has that luxury and that I am privileged. But I know plenty of people who, by choosing their dream school, chose debt. They made a choice, just like I did. I am not a pretty, pretty princess for making a sound financial decision, even if it was one that hurt personally.

I must admit that on the day I graduated, realizing that I only had one small loan that I would be able to pay off before interest began to accrue, felt amazingly good. I was free. Post-graduation, I worked for a non-profit for a year. I eventually moved across the country to San Francisco to start a new career and then back to Chicago after a couple of years. None of those things would have been possible if I had been carrying the weight of college debt. And I could not be more thankful for those experiences.

And yet, if I told you I was completely over saying goodbye to the dream of NYU, I would be lying. It rears its head but occasionally. When it does, I am reminded that the lessons my parents instilled in me growing up–that I could be anything and do anything as long as I worked hard – were beautiful conceptually, but not actually true within the system of higher education in this country (a statement I think is true for many systems within this country). I did everything right. I got the grades and the test scores. I even had that money from my parents for college and I still couldn’t swing it. We have to be coming to a tipping point. The bubble must burst.

Something has to change. It would be great if that change was the cost of higher education. But I think the way we talk about higher education needs to change as well. As an over achiever, I saw the school I would attend as my identity. I saw it as the brass ring I had spent my whole school career working towards. That sounds dramatic but that was truly my mindset. Meanwhile, I am a millennial, which means I was told that if I worked hard, I could do anything. Turns out, that isn’t exactly true. And that is okay! But if that’s the case then let’s be careful in the way we talk about higher education with kids.

Now, NYU represents another life: The expensive road untraveled. I know in my soul that things happen the way they should and so I do not regret my decision. And yet, I do consider what opportunities NYU would have provided me. If I let myself (which I try not to do anymore), I could get dizzy going around and around over and over again.

Perhaps there’s no such thing as graduating debt-free in America. I made a choice not to have to make a payment to Sallie Mae every month. Plenty of people made the same choice as I did, while others took out those loans. But we are all paying. Until we have education reform, the choices we make about college can haunt us, in one way or another, long after we graduate.

This post was republished with permission. It originally appeared on Sapling.

The key to not going into debt in order to attend college is finding schools that will be more generous with their merit money.

Check out our College Insights tool to find which schools will offer more money based on individual students’ stats and preferences.

Click here for more information about the College Insights tool.