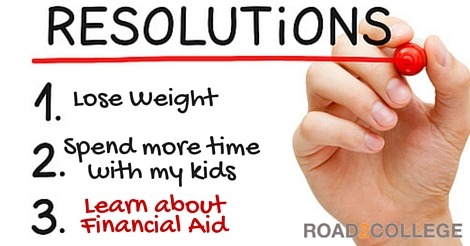 We Were Lied To

The Costs of College from James Mackenzie on Vimeo.

For as long as I can remember, I was told the same thing about my education: “You gotta do your homework, get good grades, go to college, and get your degree. Then you’ll get a good job.” I did what I was told to do. I worked hard and survived the adolescent turmoil we’ve all come to know as high school.

I remember a moment in my senior year, reclined on my parents’ couch and chatting with an older friend who just started his first year at Ohio State. I had been looking at colleges, and the four-and-five-digit approximations of expenses were making my head spin. I said, “I’ll never be able to afford this, man. There are so many scholarships, but I don’t really qualify for any of them.” White, middle-class, from a small town in Northwest Ohio. Two working parents. There was no free money for me. No scholarships to win.

You know what my friend said to me? “Don’t sweat it. That’s what student loans are for. And you can pay those off after you graduate when you get a job.”

We were lied to.

So I went to a public college not too far from home. I majored in English Education, specializing in teaching middle and high school kids. I felt it was a practical decision. I was even willing to move back to my hometown after graduation to do it.

On the ride home after orientation, my mom and I talked about my plans for the future. She said to me, “I wish you would study something that would actually make you some money.”

“Mom, it’s not about the money. I want to teach kids so they can learn the joy of reading and writing.”

She said, “You could make more money doing anything else.” I tuned her out as she continued. After all, I was still a kid. Stubborn. Driven. I thought I knew what I wanted.

Fast-forward to my second year of college. I had been accepted into a program that gave education students the ability to shadow teachers in inner city schools. Once a week, I buttoned a wrinkled shirt and struggled to tie a half-windsor before I would ride the shuttle into Toledo.

The previous summer, thanks to a suggestion made by my girlfriend at the time, I had worked as a camp counselor. I hated it. Younger kids were not my forte. At the time, I could handle teenagers because I still was one.

Troubled, I met with the advisor of the inner-city education program. She was one of my professors, so we were familiar with one another. While I scanned her bookshelf, she asked me a question that stuck with me. “Do you like kids, or do you like English?”

“Then you’re in the wrong major.”

It was like waking up at a prairie crossroads. Drying wheat in the golden sun danced in the wind around the dirt roads and I swallowed the sobering realization that I had no idea which way to go.