There’s so much misinformation swirling around about how to afford college nowadays.

I have six kids and four in college at the same time!

I have learned A LOT along the way, but I do wish  I had known  much of it before…when my firstborn was applying to college a few years ago.

Wanting to pay it forward, I will now share what I did not know back then (but know now) with you, so that your journey can be easier than my own.

The information I learned from other group members was priceless.

Anytime I had a question, I could head over there and be confident that the PFC101 community would have an answer or at least steer me towards someone or a link that might.

For starters, it was easy to take student loans.

And there’s a logical reason for that. There’s big money in loans.

Even at many state colleges the costs have soared beyond the reach of what most families have saved, and they almost all cost more than a middle class family can afford to cash flow out of their monthly budget.

Keep in  mind that most financial aid offers include loans disguised as “aid,” and make it as simple as clicking a box to accept them.

You would do well to remember that there is a trillion-dollar industry simply waiting to offer loans with terms that (in any other context) would probably be considered predatory.

So before you check the box, take a moment to assess your financial situation and look up the definition of “student loan debt.”

If I had known more about alternatives to loans, my son’s current loan balance would be smaller, maybe even nonexistent.

I suspect I’m not alone in this.

After all, who is going to tell people this? How would anyone know?

Back when I went to college in the nineties, it sure wasn’t like it is now.

When my firstborn was applying, I had never even heard of a net price calculator. (NPC).

So all we looked at were things like whether or not a college offered an application fee waiver and what the sticker price was for the school.

While on their websites we saw that many claimed to offer generous merit scholarships for his grades and test scores, we didn’t have the faintest idea how much it would actually cost us out-of-pocket.

I’m ashamed to admit we didn’t weed out a single, solitary college based on what the remaining costs to us would be.

Which was a mistake.

In retrospect, out of the seven colleges he applied to, their net price calculator would’ve revealed that three of them were going to be way too expensive for us.

I never imagined that some of the colleges that accepted my son would come back offering even higher merit scholarships when late April rolled around.

But I now know that this is a fairly common practice among colleges that aren’t meeting their enrollment goals.

Applying early can make sense because often there are additional early action scholarships.

As soon as you send in your enrollment deposit, you lose the opportunity to leverage the college’s potential need for more students against more scholarship money for your student.

I didn’t know that many of the “meets 100% of need with no loan colleges” would actually work out to be cheaper than state colleges for a middle class family.

Although the definition of “middle class” can vary widely, for the purposes of whether an elite school will be cheaper than a state school, definitely run the NPC if your EFC is low enough to be Pell Grant eligible, and if even if it’s 20000 or below.

Working for the School

I didn’t know that appealing a financial aid offer was a thing. Had never even heard of it.

And I certainly never imagined that it would save us almost $10,000 per year. It has.

My middle daughter was offered FOUR full rides last year – and she wasn’t even Valedictorian with a 1600 SAT score.

I suspect LOT of parents are in that same boat.

But the knowledge of how to reduce college costs can drastically change the amount.

Colleges and loan companies have vested interests in you never finding that out.

END_OF_DOCUMENT_TOKEN_TO_BE_REPLACED 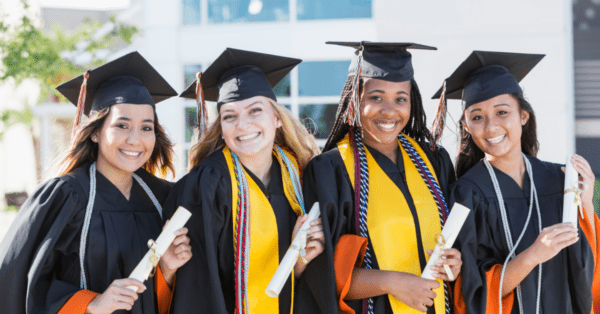