Why Does It Cost So Much To Go To College? 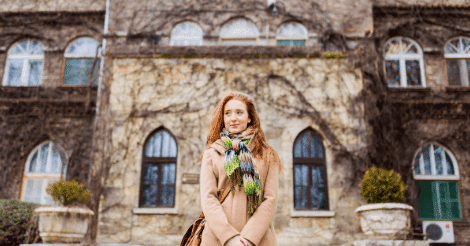 Why Does It Cost So Much To Go To College?

If you find that the cost of college is nearly giving you a heart attack, you’re not alone.

How Much Does College Cost?

It’s not just the cost of tuition – there’s room and board, fees, and books as well, which add up surprisingly quickly.

There are other costs to consider as well. Spending money, supplies, and even travel home can all hit the pocketbook in a major way. Even with financial aid, the average college graduate in 2016 had $37,172 in debt.

As the parent of high school student, you probably remember being able to go to college at a much more affordable rate. So how much does it cost to go to college these days? The average is $20,770 per year for a four-year public college.

What happened? Why does college cost so much?

If you think today’s dorms are stunning compared to what you remember, you’re not imagining things. Colleges spend tons of money on athletic facilities, dorms, dining halls, and more to boost recruitment and help them rate more highly in published college rankings.

Of course, all this money on fancy facilities means less money for scholarships and higher prices and fees. It might be cool that the college has a new soccer stadium, but your student will be paying for it.

Higher Pay for Faculty and Staff

Another answer to why college costs so much is related to pay for college employees. In an attempt to compete and show highly in the ever-important public rankings, schools have been hiring folks from outside typical academic tracks to teach and lead departments. This level of recruiting puts them in competition with corporations, both in terms of talent and in terms of salary.

Teachers aren’t the whole story though. Have you noticed how much more sports coaches are being paid, especially in major sports like football and basketball? Even assistant coaches can make hundreds of thousands of dollars per year.

In fact, U.S. colleges spend more on nonteaching staff than on teachers, which is upside down compared with other developed countries in the world. It’s a key reason why college costs so much.

All of this pay has to come from somewhere, and with state funding cuts the focus is your family’s pocketbook.

Speaking of state budget cuts… states are giving less than ever to public schools. While schools look for ways to cut spending in ways that don’t impact their college rankings, they also find that they have to raise prices.

State legislatures face pressure from residents to cut taxes and move toward smaller-government activities. They also have to balance budgets that now include significant increases in health care costs.

Colleges focused on getting more full-pay students from overseas and out of state to make up the difference. Instead of becoming more efficient, they became like businesses, trying to attract customers with big-name professors, flashy sports, and other attractive amenities.

Why does higher education cost so much? In part, because the degree still matters!

Even though high college prices deter some students, most see it as a fact of life because a college degree is still valuable. College graduates make almost $1 Million more over their lifetime than those without a college degree.

In many other countries in the world, the difference between having a college degree and not having one is not nearly as stark. Because it is in the United States, however, there is more demand than ever for a college education.

Of course, the more demand there is for something, the more you can charge for it.

How Much Does Going to College Cost? Each State is Different

What many parents don’t realize is that every state is essentially a completely different education market. Each state decides how much to fund state schools, and schools in that state determine how much to charge and how much aid to offer in order to attract students.

If you live in a state with high competition for schools or low state funding, you may be surprised to find that an out-of-state school or even the cost of private college can offer your student a better deal – especially if your child has something unique to offer.

(For more in-depth analysis journalist Amanda Ripley explores why does college cost so much? And is it worth it? It’s an excellent read: Why Is College In America So Expensive? from The Atlantic)

There Are Ways to Save Money

One reason that costs are lower for college in Europe and other parts of the world is that students don’t usually live on-campus. Living at home may not seem exciting to your teen, but it can save tens of thousands of dollars over the course of college.

Of course, it’s also important to find an affordable college. Unfortunately, the data you need is often buried and hard to find. Even if you spend a lot of time looking, what if you miss something?

Get rid of the guess work and find schools that are matched to your specific needs. You can find affordable schools that offer great need based or merit aid. Take a look at the College Free Money Finder today!