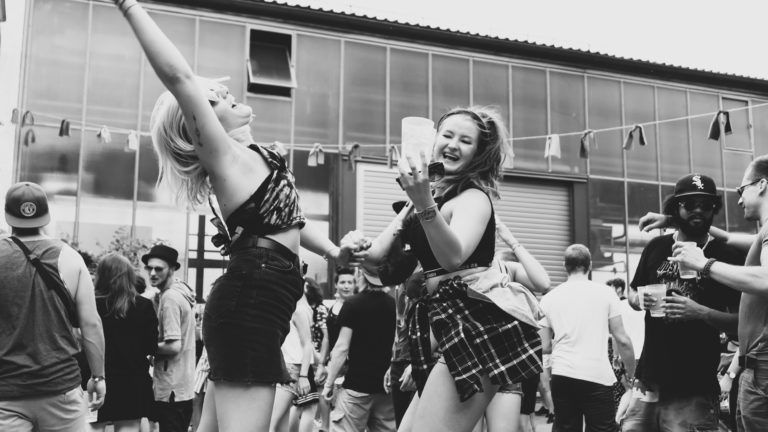 Should your student attend a “party school?”

There comes a time during the college search process when a high school student and their parent must formulate a list of potential schools to apply to.

This decision is only made trickier by the fact that not only must they consider the academics, rankings, and resources of a school, but they need to be mindful of its social culture as well.

Recently, a discussion began in our Paying For College 101 Facebook group in which a parent wondered whether he should be worried for his son, who had received a scholarship for a “top party school.”

Many people weighed in, and we decided to add our thoughts to the mix and give students and their parents the tools and options with which to determine whether a party school is the right place for them.

What Is a Top Party School?

Often given a bad rap, these are schools that are typically state schools with prominent sports teams and a vibrant Greek life.

Students who attend these schools report frequent partying and partaking in the activities that come along with that, such as drinking and drug use.

Party schools are often dismissed as places where non-serious students go, but many party schools are ranked quite high, academically. And don’t forget, one can be studious and a partier—with balance.

Many parents sounded off in the PFC 101 group that “party schools” don’t necessarily exist.

One parent from the group commented that “Kids who go to party schools, and even ones who indulge, can be success driven [as] the two aren’t mutually exclusive.”

A large part of every college experience is what a student makes it, but it is important to remember that each college campus has its own culture, depending particularly on size, location, and reputation.

If a student is looking for a lively tailgating culture and wants to attend a a large variety of sporting events, a small liberal arts college may not be the right fit.

Alternatively, a student who absolutely does not seek out a “rah rah atmosphere”  or have a desire to participate in Greek life, should strongly consider whether a school in which the majority of students favor those activities, is fit for them.

Although a student can create the college experience they desire, it can be easier to attend a school in which the majority of students participate in activities that they also want to participate in.

One might also ask whether all party schools are equally “wild?” And the answer is obviously, no.

However, a student who is truly concerned about the level of partying that takes place at any particular school should probably check which names repeatedly rank high on the list.

What Are Some of the Top Ranked Party Schools?

According to the 2017-2018 Princeton Review, the top-ten ranked party schools are:

These schools were ranked by the Princeton Review “based on student ratings concerning the use of alcohol and drugs at their school, the number of hours they study each day outside of class time, and the popularity of fraternities/sororities at their school.”

These rankings can more or less be taken with a grain of salt, as far as the quality of the education one would obtain at these school. However, in relation to your student and what he or she wants from their college experience, it could matter a lot.

Does your student feel mature and responsible enough to handle a school’s party culture?

Does your student want to participate in Greek life?

Are the academics of the school as unparalleled as the partying?

In addition, keep in mind that “party school ” does not mean “not academically rigorous.”

Many schools that are top-ranked academically, such as University of Pennsylvania, UC Chapel Hill, and the University of Michigan, are known for lively party scenes. They have even ranked high on the party school lists.

Schools such as these are known for their “work hard, play hard” culture, and are great options for academically driven students who also enjoy having fun.

After speaking to one of my friends, who attends Penn State University, a school fairly notorious for its party culture, I learned further that the designation “party school” is not so cut and dry.

According to her, “Penn State is a party school in the fact that…partying every week 3-4 times a week has become normalized. There is peer pressure to go out but I don’t think it’s more than [peer pressure at any other institution]. I’ve told my friends I wanted to stay in and study and there was no judgment. I also think one of the reasons PSU is a party school is because there’s nothing else to do there [outside of campus]. There’s only bars.”

Essentially, the location of Penn State and the frequency of partying are determining factors in its culture, but it’s not as if students can’t opt out or moderate how much they go out.

Judging from my friend’s assessment, one would think that only schools “in the middle of nowhere” could be party schools. But that’s not necessarily true. Some are in beach areas, some in the mountains…and some are in big cities.

If it’s that important to your student, do your research.

The bottom line for prospective college freshmen is to have an idea of what type of atmosphere they would like to surround themselves in for the next four years.

Keeping these aspects of top party schools in your back pocket should help both parents and students maintain their peace of mind.