College Admissions Decisions & Financial Aid Survey for the Class of 2023 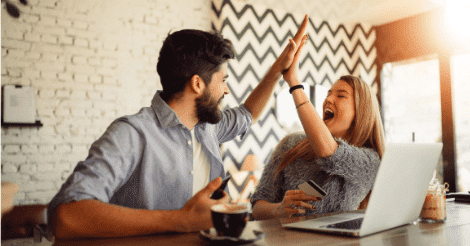 College Admissions Decisions & Financial Aid Survey for the Class of 2023

Over 550 families of high school seniors from our Paying For College 101 Facebook group responded to our 2019 “Did You Get What You Expected?” admissions survey with College Ave Student Loans. These families, representing 44 states, had varying experiences, from being accepted to every school they applied to, to being rejected by six or more schools.

Did You Get What You Expected? See What Others Said From Our Survey

The goal of our survey was to gauge family satisfaction with the class of 2023 admissions decisions and financial aid offers students received from colleges. Here are the results…

Most of the families responding (68%) were going through the college admissions process for the first time.

42% of students were waitlisted with 17% of these students being waitlisted at 2 or more schools.

Two-thirds of respondents were not surprised by the admissions decisions their students received, but that didn’t diminish the stress of the college admissions process.

Many of those who were surprised by the outcome had students who were waitlisted, had students deferred at safety schools but accepted at more elite schools, and received a wide range of merit awards they found hard to understand.

Another stated, “Deferred to Tulane but accepted to Ivy and higher rank college.”

Regardless of the outcome, the most common words participants used to describe the admissions experience were “stressful,” “exhausting,” and “overwhelming.”

“It’s a roller coaster! But I was pleasantly surprised with the $ offered by many of the schools- more than I expected!

“Defeated. No matter how good my kid is, odds are stacked against us and there is little ability to compete against either very wealthy or very low income first generation students. No one wants your kid if you are middle class regardless of who that kid really is.”

“Learned to go where my child was wanted, not where she thought she should go based on peer pressure or societal pressure. She got an extra $19,000 through appeal process, and they really want her. She is over the moon, and it all went way better than expected. This FB page was hugely helpful.”

Real Family Stories From the Class of 2023

We talked to three moms who took the survey who represent three completely different experiences to see what the admissions process was really like for them. Here’s what they had to say… 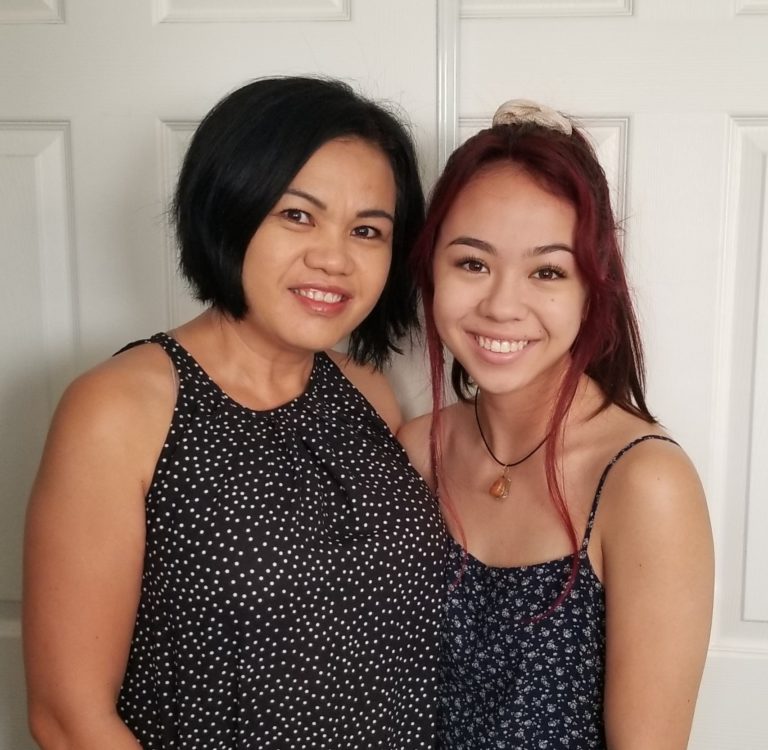 Cindy and her daughter Allison started looking for colleges in 8th grade. There wasn’t a day in high school that Allison wasn’t thinking about the academics and extracurriculars that would get her into a good school.

She has a 4.6 GPA, is the co-captain of her volleyball team, and she was the first intern under the age of 15 who worked for her assemblyman.

Despite careful research, she was rejected by 6 out of 12 schools she applied to. Allison would ask herself, “Am I not worth enough?” and “Did I fail to prove myself?”

The emotional rollercoaster was heightened by acceptance and rejection letters on the same day. She applied to five University of California schools, but she was accepted to just one of them.

Why all the rejections?

Her mom speculates it’s because the bigger-named schools, including the UCs, were just more competitive.

If she had to do it over again, she would have limited the bigger-named schools and helped her daughter pick a few schools in the middle of the country. She would also have considered those that were not as well known and had a higher acceptance rate.

The financial aspect of the story was less of an emotional rollercoaster.

Cindy helped pick schools for her daughter that were affordable based on Net Price Calculator estimates. “Spending $100,000 on her education would have been like buying a house with no place to live,” says Cindy.

Her daughter was able to get merit aid at Clark University in Worcester, Massachusetts. Allison will borrow the federal loan limit for students and her parents will buy books and give her $100 per month for spending money. 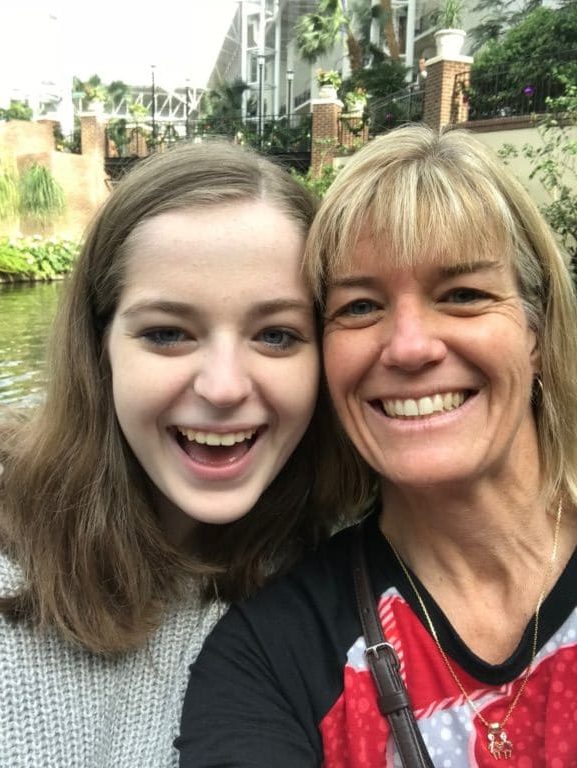 “The wait was horrible,” says Jo. Her daughter Jordan received an email from a school in December to let her know they received her application, but they wouldn’t make any decisions until January 31st.

Jordan did, however, seek early action. In this case, schools would tell her if she were admitted earlier in the process, but she would still able to wait for other offers from competing universities before making a decision.

Two schools let her know quickly via the rolling admissions process. Jordan did not apply to any reach schools, and she was accepted to every school she applied to.

One of the most difficult parts for Jordan was realizing that schools may not be as emotionally involved in the process as she was.

She spoke to a financial aid counselor at Virginia Tech who told her she should be happy she got in, even though they couldn’t offer her more financial aid.

The school’s response made her feel like they didn’t care whether or not she attended.

Jordan received an in-state tuition waiver from Florida State. The waiver was more than financial help. It showed her that she was really wanted by the school. 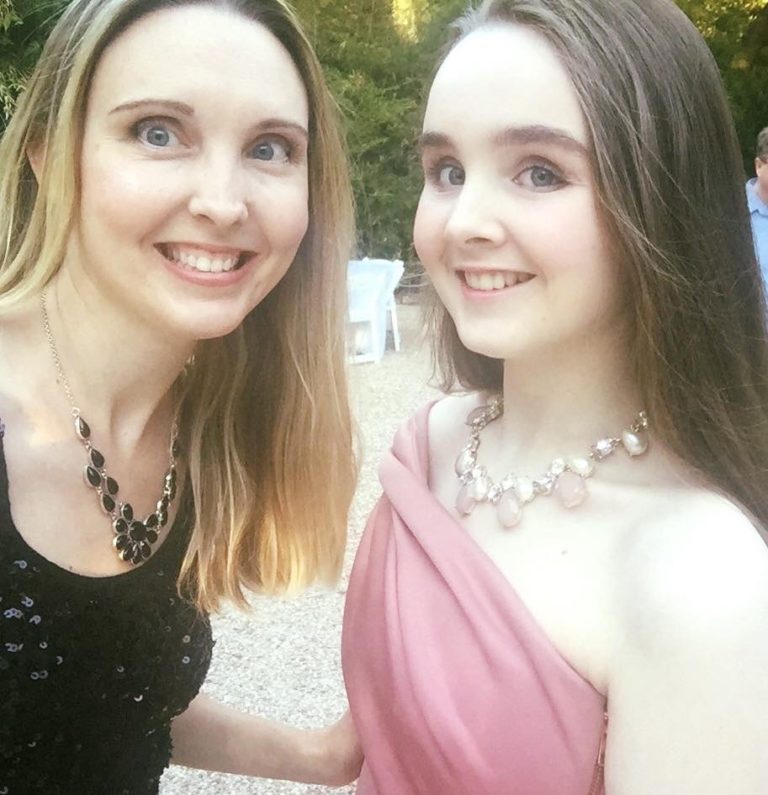 Just like two-thirds of families responding, Laura was going through the admissions process with her daughter Echo for the first time.

The one big difference is that she home schooled her daughter, and has four more children.

Laura had to develop transcripts herself and provide course descriptions. She even wrote her daughter’s recommendation letters.

Echo was accepted to 6 out of 13 schools she applied to. Most of the rejections were from reach schools such as ones in the Ivy Leagues.

The only shocking rejection was by Rice. She was upset for a day but quickly recovered.

Echo was offered and accepted a spot in the honors program at the University of Texas Austin.

While she didn’t receive any merit aid at the school, in-state tuition and the small classes of an honors college made up for it. Her family is also happy she’ll stay close to home.

As the results of our survey and the more detailed family stories display, the college admissions process is exactly what people told us – chaotic, stressful, exhausting, overwhelming, frustrating, unpredictable, complicated, crazy, daunting, arbitrary, eye opening, a crapshoot, and so much more.

Keep in mind members of our Paying For College 101 Facebook group tend to be families actively searching information and guidance on the college admissions process and ways to pay for college. We appreciate this highly engaged community that is willing to offer support and share information to help others.

We thank College Ave Student Loans for sponsoring this survey. For families with high school students yet to begin the college admissions process, use the tips in this article to better prepare your family for what to expect. For families needing additional funding to cover college costs, check out College Ave Student Loans for more information and resources. Their tools section – such as their student loan calculator – can help you compare options and figure out how much you can save over the life of your student loans.