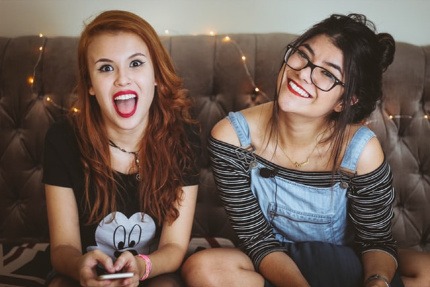 As most parents know, trying to motivate a teenager to do something they don’t want to do can feel like banging your head against a wall.

It’s one of the basic frustrations of parenting teens. So how do you get a teenager motivated to do SAT and/or ACT test prep work when they have so many other things tugging at their time (like Snapchat, Instagram, Fortnite, etc.)?

Debbie is a mother who studied alongside her son and took the SAT seven times in an attempt to motivate him to study for the test. Admittedly, this is extreme, but along the way Debbie put together an impressive collection of tips, research, and resources to help other parents transform this reviled right of passage in a high school student’s life into a potentially positive experience.

We’re recommending this book for lots of reasons, the best of which is that besides all the valuable advice, it’s funny and as enjoyable to read as any book you might choose for leisure. The Perfect Score Project was also selected by Amazon’s editors as one of 2014 Best Books of the Year, among only 20 nonfiction books selected.

Don’t be afraid to give this as a gift to a friend or relative with a high school student. And it’s probably best given to parents with kids in 8th or 9th grade, when most of the advice can be implemented and reaped in time for 11th grade. Or buy it for yourself instead.

My son wasn’t motivated to study for the SAT when we started the project. Honestly, it never even occurred to me what a huge problem this was until he dug his heals in and actually refused to study. Until then, I thought he’d prep . . . because I said so.

I’ve received many letters similar to this one:

Getting my daughter, a 16-year-old high school junior, to give a minute’s thought to the SAT is like coaxing a fish to take a hook when there’s no bait on it. ZERO INTEREST. What inroads I’ve made have been accomplished with bribery and ultimatums.

How did you manage to motivate your son to study for the SAT?

I didn’t set out to learn about motivating a teenager when I started the project. Lord knows, I’m no expert on matters of teenage parenting. However, one of the happy side effects of sharing this SAT experience with my son was that I did learn a few things about motivating a teen, and I don’t think my n-of-1 experiences are unique. What worked with my son is the same approach I’ve seen work in other families — I just didn’t understand what I was seeing.

After the project, I read a book by Gordon Neufeld, Ph.D. called Hold On To Your Kids: Why Parents Need to Matter More Than Peers that clarified the theory. The book explains teenage motivation in terms of attachment to parents, not peers. Teens who are more strongly attached to their parents than their friends are naturally motivated to value what their parents value, including a serious effort to prepare for the SAT.

Neufeld explains that you’ve got to “hook” a peer-oriented adolescent before they’ll listen. In hindsight, this seems so obvious.

Collecting Dance: Developmental psychologist Gordon Neufeld explains the “collecting ritual” in his book Hold On To Your Kids. The collecting dance is akin to making a baby smile before picking it up. The same holds true for a teenager: you must catch the eye and establish a connection in order to be a source of motivation.

Enthusiasm: Most teenagers are more interested in their friends than in their parents and the SAT. In fact, the more into the friends they are, the harder it will be to get their attention. A peer-oriented teenager will need more enthusiasm and initiative from the parent to become motivated than one who is oriented toward adults. Given my son’s level of peer orientation at the time, I needed to deploy radical enthusiasm.

Parental Involvement: Remain interested and involved, even if your teenager is resistant. Research shows that adolescents do better academically when parents are involved beyond monitoring homework.

Invite the Connection: The most potent source of motivation for a teenager is attention and interest in what they are doing. A shared project says that the child matters and is special. The relationship that results from this sustained proximity allows for the parent to act as a compass in the child’s life and to activate motivation.