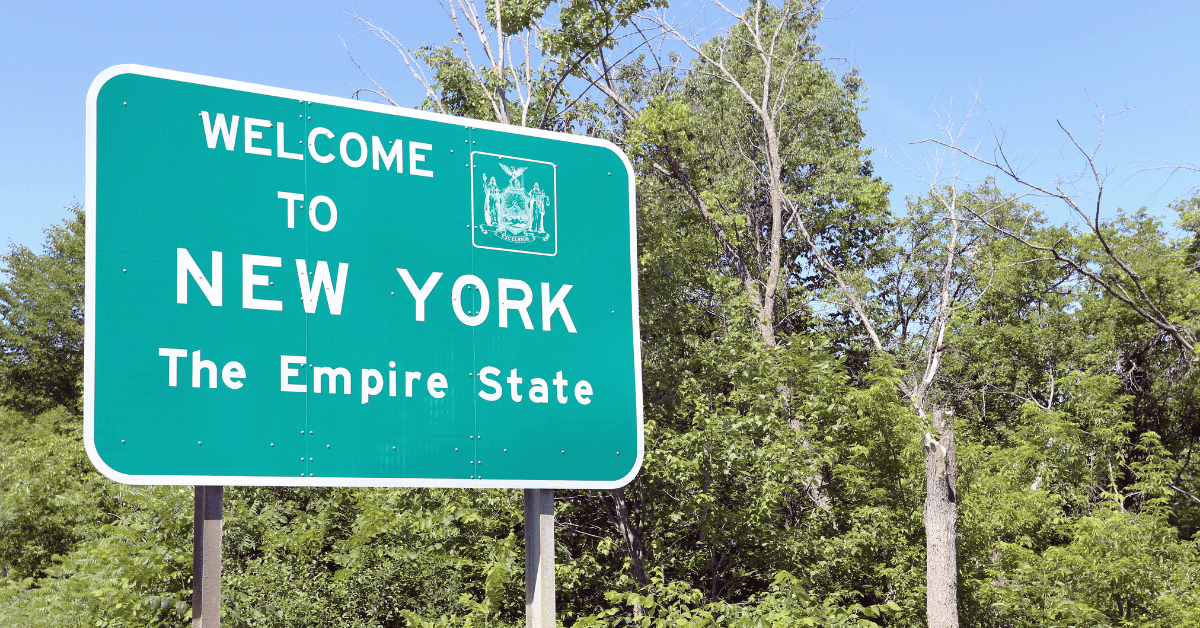 There are two large public school systems in the state of New York, both of which provide high-quality undergraduate options.

You’ve likely heard the acronyms: SUNY and CUNY, but what does each of them actually stand for?

How similar are these school systems, though, and what are the key differences between them?

CUNY vs. SUNY: What’s the Difference?

CUNY is the largest urban university system in the United States, comprising twelve four-year colleges, seven two-year community colleges, and seven graduate and professional schools, all of which are located in New York City.

Keep in mind that NYC has five distinct boroughs (Manhattan, Brooklyn, the Bronx, Staten Island, and Queens), and a population of over 8 million.

All in all, CUNY enrolls about 40,000 students in its schools, most of them coming from New York. The system has more than 1,750 degree programs to choose from.

SUNY, is a state-funded school system with over 60 campuses spread out across the state of New York.

What Schools Are Part of SUNY?

In total, there are 64 campuses in the SUNY system. The system is unique in that it offers a large number of smaller colleges and universities as well as large public research institutions within its umbrella.

Admissions range from highly selective to open admission at its community colleges.

The largest and considerably most prestigious schools in the SUNY system are as follows:

These are all known as University Centers, with average in-state tuition of approximately. $10,200 and $27,700 for out-of-state students.

The University Colleges, which are smaller and have slightly lower tuition on average (approximately $8,500 in-state vs. $18,500 out-of-state), consists of the following campuses that may offer a smaller student population and more intimate academic setting:

There are also Technology Colleges that offer two-year, four-year, and certificate degree programs, with many degrees available in science, technology, engineering, and mathematics (STEM).

Additionally, there is a total of 30 community colleges in the SUNY system, all of which can be found on the SUNY website.

What Schools Are Part of CUNY?

Most CUNY schools are considered “commuter schools,” meaning that the majority of the student population does not live on campus, though on-campus housing is offered at most schools.

CUNY schools also offer an incredible bang for your buck, offering an average yearly in-state tuition of anywhere from $4,000 to $6,000.

The City College of New York

Is CUNY Cheaper Than SUNY?

Regardless of whether you’re coming from in-state or out-of-state, you will likely save money by going to a CUNY school, as tuition costs are much lower than both the average out-of-state public university and private college or university.

CUNY also offers over 1,000 scholarships, though to receive your award money, you must stay in New York for the same amount of time for which you received the award after you graduate.

Some schools within the CUNY system are considered more prestigious than others. If you’re looking for the best CUNY schools, consider Baruch College, Hunter College, Queens College, the City College of New York, John Jay College of Criminal Justice, or Brooklyn College, which are widely considered to be the six best in the system. Baruch College’s acceptance rate is 39 percent, where Hunter College’s is around 35 percent.

Founded in 1847, City College is considered to be the flagship campus of CUNY as it is the oldest, whereas Hunter College is also a “crown jewel” of the system. Overall, CUNY schools are renowned for their high-quality academics across disciplines and colleges, as well as their diversity and affordability.

Students interested in a more rigorous honors program can apply to the Macaulay Honors College, available to students at any CUNY campus or school. It’s designed to support New York City’s most high-achieving students, and includes seminars, lectures, and events at the Macaulay building on Manhattan’s Upper West Side, as well as fully-funded tuition and a bevy of other perks.

Keep in mind that generally, SUNY schools are considered more prestigious and academically rigorous than those in the CUNY system.

However, it largely depends on the school and the program a student is in and the degree they’re working toward (Hunter College, for instance, has an extremely competitive MFA in Creative Writing program with a mere four percent acceptance rate, according to Peterson’s).

SUNY schools also have larger student populations on average, which may mean they’re not the best fit for a student who prefers small classes and a more intimate environment.

Are SUNY and CUNY Schools Free?

Originally, CUNY was free as it was meant to provide accessibility and affordability, and at one point, the campuses had open admission.

Things have changed over the years, however. While the two-year CUNY colleges maintain open admissions policies and offer generous financial aid, they do now come with price tags, as do the four-year colleges and graduate schools.

If a student is admitted into the Macaulay Honors College of CUNY, their tuition is covered by a full academic scholarship.

However, there is a key to getting free tuition at both SUNY and CUNY. With the passage of the 2018 state budget, New York now offers the Excelsior Scholarship, in which more than 940,000 middle-class families and individuals making up to $125,000 per year qualify to attend all CUNY and SUNY two- and four-year colleges for free.

To apply for this scholarship, students must be residents of New York state, take at least 30 credits per calendar year (including January and summer sessions), and plan to live in New York following graduation for the length of time they participate in the scholarship program.

Julia Lynn Rubin is the author of BURRO HILLS and the forthcoming young adult novel, TROUBLE GIRLS. She received her MFA in Writing for Children & Young Adults from The New School in 2017, and her work has appeared in various online media publications, including Wetpaint Entertainment, Fatherly, and The Content Strategist. She lives in Brooklyn.
View all posts
CATEGORIES College Search
NEWER POSTWhich Is Better: AP or IB?
OLDER POSTMentors in College—What They Are and Why They Matter