Early Decision vs. Early Action: Which Is Better? 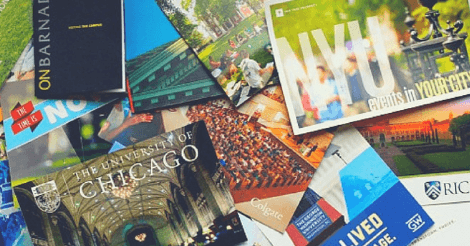 Early Decision vs. Early Action: Which Is Better?

Some colleges offer students the chance to apply for an early decision.

On one hand, Early Decision can be a great way to nail down a school early in the process, leaving you free to concentrate on finishing school and preparing for college.

However, the Early Decision process could also limit your options and tie your hands before you’ve had a chance to really consider the best option for your schooling.

Before you decide to apply for Early Decision, here’s what you need to know.

When researching the college application process, you might come across two different terms, Early Decision and Early Action. It’s important to understand the difference so you can avoid unpleasant surprises down the road.

Early Action applicants apply by an early deadline and receive an admissions decision early in the cycle, and can consider their acceptance offer without the need to commit immediately. In fact, it’s possible to wait until May 1 to answer an Early Action offer.

This gives you time to evaluate admissions offers from other schools, where you might have applied following the regular admissions timeline.

The main difference in the Early Decision vs. Early Action choice is the requirement to accept.

When you apply for Early Decision, you essentially commit to attending the school if they offer to enroll you. You can’t wait to see what others offer you in terms of admissions, and you might not even be able to see a financial aid package before you commit.

Schools may need to fill additional spots through another selective application process, and as a result students who may have been denied their Early Decision school can submit another application.

Similar to the first round, ED 2 is a binding agreement that requires students to accept the offer if they receive it.

The only major difference between Early Decision and Early Decision 2 is the deadline. Early Decision deadlines generally fall around early November, so students will hear back from schools with a decision in mid-December.

Restrictive Early Action (REA) is a special case of Early Action, which is also a non-binding option.

What’s different is that if you apply Restrictive Early Action, you may not apply to any other schools either Early Decision or Early Action. Applicants are expected to sign a statement that they agree to file only one early application.

Check out our College Insights tool to get Early Decision, Early Action, and Regular Decision acceptance rates for all schools.

By having this information (and a lot more) in one place, the College Insights tool allows you to quickly sort, filter, and compare schools to find ones that will be more affordable for your family.

The good news is that, when it comes to a legally binding contract, you don’t have to worry about it with Early Decision.

However, just because the school isn’t going to take you to court to enforce an Early Decision contract, it doesn’t mean that there aren’t consequences.

Additionally, with Early Decision, you agree to attend the school if you’re accepted. So if the admissions offer is made, you’re expected to accept it immediately — sometimes even before you see your financial aid package.

You might also be required to send an acceptance deposit early on as well.

Schools that offer these plans send financial aid information and packages to students early on, so long as the FAFSA is completed.

With Early Action, you don’t have any sort of agreement to attend the school; you just have an early acceptance, so you have peace of mind. You can still wait to accept and compare financial aid packages.

What Happens if You Break an Early Decision Contract?

While you probably won’t face legal consequences, there are definite consequences that come if you break an Early Decision contract.

Some of the likely problems that come with breaking the contract include:

You won’t have to worry about this with Early Action since there’s no binding expectation that you will attend the school.

If you turn down acceptance when you’ve applied for Early Decision, you should be prepared to take a gap year, since you might not be able to get into other colleges in time for the fall semester.

The main exception is if you receive your financial aid package at your Early Decision school and you end up not being able to afford to attend after all.

Can You Back Out of Early Decision for Financial Reasons?

Pretty much the only reason that admissions offices will accept is the financial reason. Perhaps you were expecting more in financial aid, or you want a better package.

If you can show that financial issues are causing you to reconsider, you might be able to back out and still apply for and attend other schools.

The Pros and Cons of Early Decision

Early Decision plans will get your child’s college journey off to an earlier start. While this allows them to get things moving earlier and help them plan ahead of time, it also presents some unique challenges.

Who Should Apply for Early Decision?

Not everyone should apply for Early Decision or Early Action. However, it can increase your chances of being accepted.

In fact, when you apply for early decision vs. early action, you have different rates of acceptance. According to Inside Higher Ed, you actually end up with a better chance by applying for early action.

So, if you want a quick decision, but you’re not sure early decision is the right move, early action can be one course of action.

Reasons to apply for early decision include you:

Additionally, it helps to have a backup plan in place.

If you aren’t accepted by your Early Decision school, you might have a short period of time to apply to other schools. Know your second and third choices, and prepare application materials for those schools so that you aren’t scrambling at the last minute.

Don’t apply for Early Decision if you aren’t sure this is your first choice school or if your grades or test scores need work.

Also, realize that applying for Early Decision isn’t something to be taken lightly, so don’t do it if you’re hoping to avoid stress and paperwork or if your friends are.

In the end, Early Decision comes with a lot of restrictions.

Can You Apply Early Decision and Early Action?

Many students are just fine applying through the regular process or, if they want an early decision, applying for Early Action.

It reduces the risk, and allows you more time to compare prices and financial aid packages. 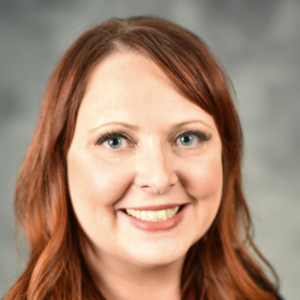