DOJ Pushes Changes In College Admissions Recruiting: How Your Student Will Be Affected 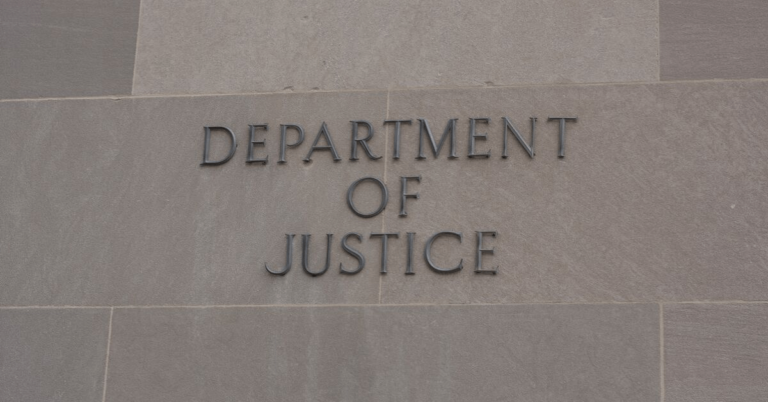 DOJ Pushes Changes In College Admissions Recruiting: How Your Student Will Be Affected

Brace yourself for a change in the way colleges admit students.

The National Association for College Admission Counseling’s (NACAC) Code of Ethics serves as a guidepost for its nearly 8,000 college and university members.

It not only steered them, but, more or less, dictated how college admissions worked throughout the United States.

Yes, it kept colleges somewhat reined in with a decorum concerning recruiting and admitting students.

Two years ago, in January 2018, the Department of Justice’s Antitrust Division began an investigation into these ethics because they appeared to be anti-competitive and could possibly could violate antitrust laws.

The DOJ seemingly thought that colleges should have a lot more freedom in recruiting students because the code of ethics possibly violated antitrust laws.

In light of this investigation, the Assembly of the National Association for College Admission Counseling met in Louisville, Kentucky last weekend and voted – 211 to 3 – to strip a number of provisions effective immediately.

These provisions include combing through previous year’s applicants and soliciting these students to transfer from their current school, recruiting students already committed to a college after May 1, and offering incentives (special housing or scholarships, for example) to encourage students to apply as early decision.

The reason for these provisions was to respect and protect a student’s decision without any coercion from colleges.

Forget all of that now. The Department of Justice believes colleges should compete for students – all the time – with few boundaries.

Now, colleges will have far more leeway, at whatever price, to woo students to their campuses.

While this may sound appealing, and possibly even fair, it’s not necessarily good for parents and students, or college costs.

The Vanished Code of Ethics: Point by Point

Let’s examine the four provisions that are now gone:

“Colleges must not solicit transfer applications from a previous year’s applicant or prospect pool unless the students have themselves initiated a transfer inquiry or the college has verified prior to contacting the students that they are either enrolled at a college that allows transfer recruitment from other colleges or are not currently enrolled in a college.”

Usually, once a student commits to a college and, especially starts to attend that school, recruiting ends.

With the new change, colleges can now recruit students to transfer from their current college to a new one.

Translation: Don’t like your current college? Did you make a mistake choosing it?

This provision basically prevented colleges from bribing early decision applicants with lucrative packages, usually with monetary bonuses, that aren’t available to all applicants.

Now, colleges can do just that because the DOJ indicated that this ethical provision hindered colleges to compete for early decision applicants.

The DOJ argues that it also impedes students from getting the best deal.

While that might sound good for students, it’s not.

Students may take an offer to a college that doesn’t fit their needs whether academic, socially, or economically.

“Colleges will not knowingly recruit or offer enrollment incentives to students who are already enrolled, registered, have declared their intent, or submitted contractual deposits to other institutions. May 1 is the point at which commitments to enroll become final, and colleges must respect that. The recognized exceptions are when students are admitted from a wait list, students initiate inquiries themselves, or cooperation is sought by institutions that provide transfer programs.”May 1 has long been pounded into students’ memory banks as the day that colleges and universities traditionally consider the end of the admissions process.

That’s the deadline for students to commit to a school or risk losing their place.

Traditionally, after May 1, colleges even start accepting students on waiting lists if spaces are left to fill.

It’s also been seen as unfair for colleges to recruit a student after this date if they are committed to a college.

Now, colleges can do just that, and students can change their minds – the last thing parents need.“College choices should be informed, well-considered, and free from coercion. Students require a reasonable amount of time to identify their college choices; complete applications for admission, financial aid, and scholarships; and decide which offer of admission to accept. Once students have committed themselves to a college, other colleges must respect that choice and cease recruiting them.”

This provision, too, states that colleges should not poach students from other colleges with offers and marketing campaigns. But forget about that now.

Colleges can lure students to their schools, just like cell phone carriers entice customers to sign on for better service plans.

What the DOJ’s Changes Mean for Parents and Students

While the Assembly of the National Association for College Admission Counseling voted to remove a chunk of their code of ethics, it doesn’t mean that colleges have to adopt the changes.

Chances are, however, that colleges will have no choice as they will have to find new ways to retain students from higher education poachers.

Students may first see changes in an enrollment deposit increase. Students usually are required to pay a deposit to the college they play to attend.

These deposits usually range from $50 to $500 and guarantee students a place in a college.

To offset these sweeping changes in recruitment and admissions, colleges will likely raise deposits.

The thought is that the more a student has invested in a college – like a couple of thousands of dollars – the less likely they will jump to another school.

Already, many students pay double deposits just to hold their place until they have made a decision.

High school students and their parents are already bombarded by college emails and packets wanting their business.

They should now prepare for a new flood of college propaganda year-round, even when a student has already enrolled in a college.

The rules of the college admissions game have drastically changed. And for now, there doesn’t seem to be a game plan on this new playing field.

Colleges will pass these costs on to students as they simultaneously try to woo freshmen, retain current students, and poach students from competitors.

And ultimately, college is a business where the bottom line matters.

As Eric Hoover says in this article, “Welcome to the Wild West.”