Save Early, Live Simply – Advice From Parents on Paying the Tuition Bill 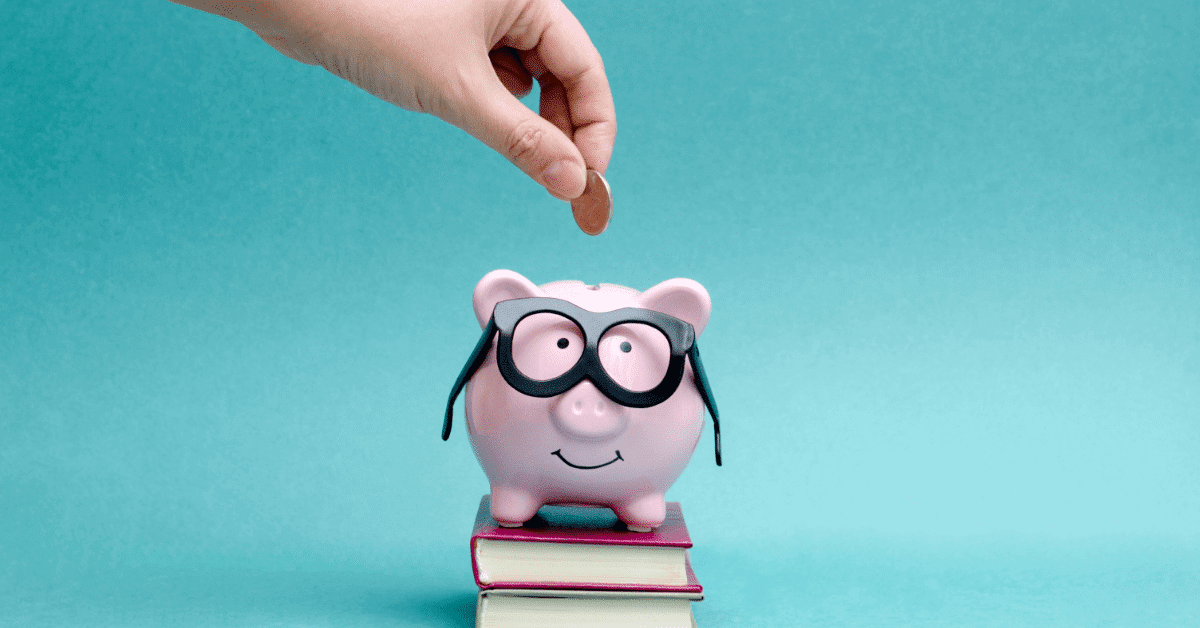 If you live with a high school senior and you’re going through the college admissions process, you know that each new month brings with it a nervous and excited energy.

December and January, a frenetic time ordinarily, is even more hectic because it’s time for filling out college and financial aid applications.

Then come the months where the waiting game needs to be played.

And on and on.

For families going through the college process for the first time, the endeavor can be overwhelming.

If you save for your child since birth, that’s about $7,000 you need to stash away annually until they are 18.

This assumes you only have one child, earn a stable income backed by an economy that provides a robust climate to grow your college savings portfolio, and are simultaneously putting away for retirement.

Is it Possible to Get Through College Debt Free?

Since the recession of 2008, the preceding scenario for growing a college nest egg is a mere fantasy for most

According to  the website finaid.org, on average, tuition tends to increase about 8% per year. An 8% college inflation rate means that the cost of college doubles every nine years.

It’s certainly not surprising that 67 percent of families studied in Sallie Mae’s How America Pays for College, one of the most comprehensive studies on the issue of America’s financial attitudes towards higher education, said they eliminated certain colleges in their search because of tuition costs.

(And that’s not a bad strategy to have, actually.)

While a large majority of parents said a college education was an investment in the future, many are reconsidering traditional routes such as completing core requirements at a community college.

Some are weighing the prestige, connections, and large scholarship endowments of a private institution with the competitiveness and lower tuitions of the nation’s best public universities.

Families are relying on 529 plans more than ever before but they worry that their savings accounts may take them out of the running for receiving financial aid.

As America’s college-bound families prepare to make one of life’s most important decisions, and perhaps their largest financial investment, we’ve been following families in our Paying For College 101 Facebook group to see how they rethink their outlook on securing a higher education for their children.

Their stories of how they explore various options in their pursuit  to help their children attend college and graduate debt-free are inspiring.

We often include interviews with financial consultants and families who are veterans of the college hunt, both of which have common threads of advice:

Save early. Live simply. Consider public universities over private ones, and do everything in your power to have your child graduate debt-free.

How One Family Handles Paying for College

Meet Louise and Charles* – living a nice lifestyle in an upscale San Diego neighborhood but struggling to save money for their children’s college accounts.

As their girls grew older, Charles and Louise knew they had to find the nearest exit ramp from the high-rolling lifestyles that surrounded them.

“When they were little, my daughters attended birthday parties where the favors cost more than what I was willing to spend on the gifts.

Kids had countless after-school activities and it was totally a keeping-up-with-the-Joneses life,” said Louise.

Charles and Louise wished to raise their daughters Chelsea and Amy among a more down-to-earth setting.

In a bold move, they sold their home in San Diego and moved closer to their Western New York family roots.

They purchased a home for under $200,000 in a suburb of Rochester, where housing costs are 51 percent lower than they are in San Diego.

Profits from the sale of the San Diego home went into a college savings fund for  Chelsea and Amy.

Charles continued to telecommute to his high-tech job in California, while Louise continued her education to receive a Master’s degree in education.

In May, the family’s oldest daughter graduated from the Newhouse School of Communications at Syracuse University and now works for a media company in New York City.

Back then, tuition, room and board at Syracuse was $56,000 a year, but because they scrimped – no winter vacations in Florida; and saved – the speedometer on Louise’s Subaru clocks in at over 100,000 miles  – Chelsea was able to graduate debt free.

Now it’s almost Amy’s turn to go to college.  Louise and Charles want the same opportunities for their high school junior, but are having doubts if the price tag at a private institution is worth it.

They instead are setting their hopes on New York’s public SUNY system.

It’s not that Louise and Charles cannot afford to pay another four-year tuition to a private college, but like many belt-tightening Americans, they are rethinking every purchase they make and that includes tuition.

Perhaps it is the contrast in career choices for their daughters – Chelsea is pursuing a career in a female-dominated field of media and public relations, and Amy has plans to explore engineering, where there will be more scholarships and job opportunities for women.

Louise also remarked on the rate of college students she sees around her who are in debt – 65 percent of college graduates in the United States have an average debt of $29,200 according to The Project on Student Debt’s latest study.

And these rates of debt run much higher for private college graduates.

There are many issues to consider when deciding between a public or private college education – availability of merit scholarships, course selection, job placement, net cost of attendance, and more.

Want to find colleges that will be most affordable and generous with their merit money? Check out our College Insights tool here.