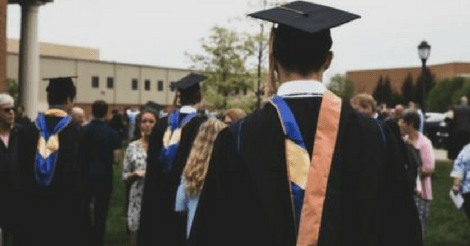 One of the dilemmas many parents grapple with when they send their kids off to college is being torn between wanting them to broaden their horizons, explore all opportunities, have “fun,” and wanting them to buckle down and get serious so they can leave after four years with a degree and a job!

While the two are not mutually exclusive, there are some issues students should keep in mind when choosing a career path and a school. We recently discussed the economics of college and what the impact various majors have on future earnings with Doug Webber, Associate Professor of Economics at Temple University.

Here’s what he had to say…

The Economic Value of College Majors

There are two sides to the college phenomenon: What the student experiences, and the ROI (return on your investment).

When analyzing schools, it’s important to identify what programs the colleges have that will help their students graduate, because someone who possesses a “college background” and no diploma, is basically a high school graduate to an employer, and the ROI will be low.

Resource for the Lifetime Earning Potential of a Variety of Majors

Is College Worth It?

The Importance of Data and How Can Families “Get Their Heads Around” the High Cost of College and Paying For College?

On average, a college degree has a big financial payoff. But, not everyone who attends college necessarily receives the average payoff, so it’s no surprise that they question whether it was all actually worth it.  Sometimes this happens because of things you cannot predict, like college major or the school you attend.

(NOTE: The average person who goes to Harvard will have a different payoff than someone who attends “XYZ” college.) Another reason is that not everyone earns the same salary for doing the same job in a different location. There is a lot of luck involved.

The college decision is a “risky” decision, a lot like buying stock, but on the whole, it’s a risk worth taking. For most, the risks will pay for themselves, because the returns are that big.

One of the biggest pieces of data that students should look at is the salary outcomes at the school that your child can get into. If a student goes to a state flagship school (depending upon which school, of course), the likelihood of things paying off is really big. This is true even for majors deemed to be “lower earning majors” (ex: Art History)

In general, one takes a bigger risk when they attend schools that are less selective. If this is what your student will be doing, then you should really pay attention to the cost of tuition.

If tuition at a less selective school is low,  it’s probably worth it. However, a lower-ranked (in terms of selectivity, SAT and ACT scores, GPAs) private school that charges high tuition would NOT be a good risk.

A good alternative to attending a high-priced private school that has a low level of selectivity is going to a state school at a lower cost. The same selectivity level, regardless of cost, will get the student the same ROI outcome.

Highly selective private schools and highly selective public schools will generally have the same ROI outcome (especially if you are an in-state student), so it would make sense to choose the public school and save your money. Parents and students are becoming aware of this, and for that reason, many small, high-priced private schools are closing or are at risk for closing.

Doug’s Tip: The most important part of going to college is graduating. If you don’t graduate, you won’t get that salary/income bump.

There are some positives here, because these schools can focus their resources more intensely on a one-to-one basis, these schools do a better job of graduating their students; their graduation rates are generally higher.

So, if your child will do better in a smaller school rather than a large public school, that’s the one case where Doug recommends going with the smaller private school. If you can afford it, it is worth the extra money.

Is it Worth Going Into Debt for Certain Degrees?

There is not one single number that will indicate whether or not it is worth going into debt in order to pay for a college education. It depends on the college and the degree.

Doug believes it is worth it to go into “some” debt —an average of 30k—assuming you DO graduate. (Keep in mind that student loan debt is NOT dischargeable in bankruptcy.)

Thirty thousand dollars is not that overwhelming a debt if you consider the lifetime earnings the vast majority of graduates will have, especially if that debt is due to a Federal loan. (Federal loans tie your payments to your income.) Keep in mind that there are no formulas, and at the end of the day, it is definitely an individual decision.

1. If you are a risk taker, then taking on more risk (debt) than someone who is not, in order to attend an elite school, is fine. However, for a non-risk taker, attending a lower-priced state school is a better bet.

2. Private student loans are NOT bad, especially if you are very close to getting your degree and find that you have no other alternative. Students should always max out their Federal student loans first, however. BUT, get that degree!

How Important Is Your College Major?

Choice of majors one of the biggest financial decisions a student will make. It’s mostly anecdotal, however, people seem to have a good sense of the rank ordering of majors, but they have no idea of the magnitude of the impact.

On average, from the very top earning major to the bottom, there is a difference of about 1.5-2 million dollars in lifetime earnings. This one decision has a huge financial impact.

In addition, there are large earning differences even within the same field: Biology majors (without graduate degrees) will over a lifetime earn the same as an Art History major. Huge variation!

What College Majors Will Be More and Less Important in the Future?

It is important to look, not only at how relevant certain majors have been in the past, but at where they will be going in the future.

While this information is based on historical data, it looks as though those quant majors (people who specialize in the application of mathematical and statistical methods) will be heads and shoulders above others.

(Accounting is considered to be the only quant major that will NOT be more in demand since it is based on rules.

Majors that can be automated by computers will not be as in demand as others. If your student decides to go the Accounting route, make sure he/she picks up other skills along the way that involve more critical thinking. (Doug says that he, of course, cannot predict WHEN these changes will take place.)

Not nearly as much as majors. Don’t bank on a minor propelling you forward if a major doesn’t work out. This should not be your Plan B.

Can Lower-Ranked Majors Still Be Profitable?

Yes, if you can acquire other skills in the process that can be applied to jobs that are not necessarily in the specific field. Many people will wind up NOT using exactly what they are trained for in their major.

This will happen with majors like Art History and Psychology.

Do Supply and Demand Ever Enter Into It?

Yes, in the future, very common majors will not be very desirable.

For example, because so many students major in Psychology, that degree will not be as attractive to employers.

Lifetime earnings should be part of the decision of what to major in, but it should not be the entire decision. General job satisfaction and life satisfaction should also be considered.

It is obviously rational in many cases to NOT go the highest earning route, BUT, if you are choosing between two majors that you are equally interested in, that is when lifetime earnings should be considered.

Unfortunately, most students are deciding between majors that they are NOT equally interested in, and this is where the problems arise. Doug does go on to say that, HOWEVER, if you have an obvious advantage in and passion for one major that is lower in the ranking than another for which you have no passion or advantage, you should probably choose the former since you will potentially be more successful working in a field in which you are happier.

Mindy Trotta is an editor who spent many years behind a desk and then switched to working behind the oven as a pastry chef. Now, having perfected the art of multitasking, she is baking, working as the "Chief of Everything" at Road2College, and blogging at Relocation The Blog.
View all posts
CATEGORIES College Search
TAGS College Major
NEWER POSTAdmission Expert’s Advice on Applying Early Decision vs. Early Action
OLDER POSTScholarships with October Deadlines