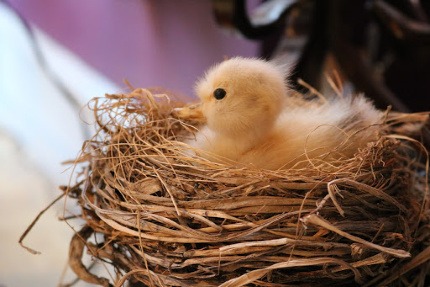 A few years ago, there was a film in the theaters called “Failure to Launch.” . It was a romantic comedy about an adult who couldn’t commit to either an adult relationship or an adult lifestyle.

It was a light and humorous story. And it was fiction. Not exactly Oscar material, but it was entertaining enough.

What Is Failure to Launch Syndrome?

As a psychologist, when I encounter real-life “failure to launch” stories, they’re usually in serious conversations with parents about how to help their young adult transition from high school to college or from college to the real world.

Whether a child slides easily or struggles from one stage of life into the next usually has more to do with life skills they bring with them rather than academic achievement or intelligence.

This is particularly highlighted when young adults go off to college and face new challenges of independence. Some handle this transition with ease, while others do not.

Making a Successful Transition From High School to College

One young man I worked with was intellectually gifted and had a host of talents but struggled with organization and motivation.

His parents were afraid that if they did not “stay on top of him” throughout high school, he would receive poor grades and not be admitted to the Ivy League college of his choice.

They spent countless hours checking on him to make sure his work was done, reviewing his essays, and ensuring he was prepared for exams.

While the young man received high grades in high school and was admitted to his top choice Ivy, he crashed once he got to campus.

Without the skills to manage his life independently, he failed to hand in assignments, slept through class, and generally felt like an imposter on campus. As a result, he was significantly depressed, changed majors several times, and was unable to graduate on time or with a real set of skills that would allow him to get a job after college. He came back home where his parents then struggled to find a way to move him towards independence. As parents, the earlier you start helping your children develop life skills, the better.

Here are some things you can do to help your child develop the tools he/she will need to make a successful transition to college and ultimately to an independent life:

This is so hard to do, but so necessary for children to experience.

Many parents believe their job is to insulate their child from failure and rejection, but it’s just not true.

Kids need to struggle in order to learn coping skills necessary to problem solve and function on their own.

Stepping back and allowing students to try their own methods of studying and paper writing gives them ownership of the learning process and lets them experience the success or failure of their approach.

They will receive feedback from the world (ie: feedback from teachers, low grades) that they can then more readily relate to their own efforts. This is best done in early grades when the “risk” of poor grades has less of an impact on college choices.

I once worked with a family where the father was reluctant to allow his son to hand in homework with any mistakes in it. The two battled for hours each night, slugging through corrections until the father was satisfied with “A” quality work.

While the student did, in fact, receive good grades, the student lacked independent skills. Worst of all, the school was unaware the student was actually struggling because all the work he handed in was always correct.

As a result, the school missed the opportunity to provide the student with appropriate support to really teach him.

As a general rule, students should be relatively independent in the completion of their homework by the end of elementary school.

If this is not the case or if they receive low standardized test scores or grades, if they have trouble sustaining their attention, if they struggle to follow oral directions or if they seem unusually disengaged from or angry about learning, consideration should be given as to whether your child has underlying learning challenges.

Identifying learning difficulties early in a student’s career allows him/her to avoid excessive frustration and disengagement from the learning process.

Something else to watch out for in middle and high school are grades based more on extra credit points than on test results.

Students who do not do well on exams, but who are able to use extra credit and class projects to bolster their grades are at particularly high risk for difficulty in college.

While many high school classes allow “credit” for homework assignments, class participation, and projects, most colleges do not. In college, scores are generally dependent on two tests and a final exam. Difficulty mastering material to do well on exams in middle school or high school is an early sign that needs to be addressed.

I worked with a student who had low standardized test scores that seemed out of sync with her academic achievement. She had received mostly “A’s” in her highly prestigious private school. On closer look, I noticed she generally failed the majority of her mid-terms and finals but was able to bolster her grades by retaking exams, participating in class, and doing extra credit.

While her grades help gained her entrance to a top college, she failed the majority of her courses the first year because her college grades were based mainly on exams. Once the learning issues were identified and appropriate supports were in place, she was able to do much better, but not without suffering through significant failure in her first year at college.

Many major mental illnesses have an initial age of onset that coincides with the launch to college and independence.

Be on the lookout for changes in behavior such as excessive sleeping, social withdraw, volatility, confused thinking, and excessive use of drugs or alcohol.

These are symptoms best addressed before a student leaves for college rather than hope that these things will improve with distance from the family.

4) Focus on Short-Term Goals and Plans

Adolescents and young adults are neurologically hard-wired to live in the moment. Breaking down tasks so that they can experience more immediate success helps them stay motivated and engaged.

Telling middle school and high school students that they have to study so they can have more college choices, is often ineffective as it seems too abstract and far away.

They need more concrete and shorter term goals, like improving test scores from one exam to the next, being allowed extra privileges for handing their work in on time or finding pleasure in activities they love.

These short-term goals will offer more rewarding reinforcement and build long-term skills along with motivation.

Students need to struggle, but not excessively. This is called “optimal frustration” – the idea is to provide a level of challenge that can be mastered without unreasonable frustration.

A student who is perpetually frustrated will disengage and appear “unmotivated.” This is the time to make sure your student knows how and when to ask for help. Partner with the school to set up systems that make teachers and other professionals in the building easy to access. Providing support outside the family increases a student’s sense of independence and competence.

Walk your child the through the steps of problem solving rather than take the easy route and solve problems for them.

Questions such as “How do you think you want to approach this?” “Who are some people you think might be helpful?” and “What ideas have you considered” are ways of engaging young adults to begin to think for themselves but to feel supported at the same time.

As a parent myself, I know how hard parenting can be. But the sooner you use some of these tips and recognize issues as early as possible, there’s less chance your child will fail to launch and more likelihood you’ll watch them soar.