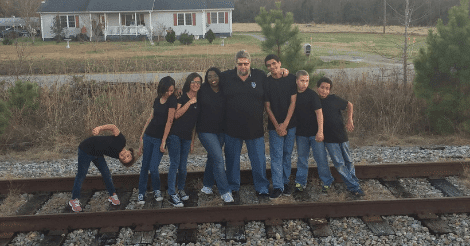 I have a confession to make. It’s not going to be very popular with most people, and I know this is a relatively taboo subject, but I want to share my family’s story to help other families who might be going through what we went through.

In the beginning, I honestly, truly, legitimately believed that my children, with their minority status AND good stats, would have less of an ordeal landing scholarships and acceptances.

I thought that was true, and I’m ashamed to admit, I was kind of counting on it.

This is a tale of expectation that gets blasted by a dose of reality.

Do Minorities Get More Financial Aid?

My oldest started applying to colleges in 2016.

He applied to mostly safety schools, and got offered good merit aid, but he didn’t get a dime of need-based aid.

And to my absolute, utter, astonishment, these “minority student scholarships” that I expected simply didn’t materialize!

Not for middle-class minority students, anyway.

Not even the National Negro College Fund could do A THING for us.

What Really IS Middle Class?

We assumed we were middle class, but barely, when you factor in that we have six children.

So we did what everyone else does, our oldest chose an affordable in-state college that offered merit scholarships. He took out student loans, and we cash-flowed the difference out of our budget.

Still, and I’m not exaggerating, I so firmly believed that there would be “some kind of special scholarships” that I figured his situation was some sort of anomaly.

I don’t know where I got the idea, but I so firmly believed that this money was somewhere that for my NEXT child, (the one with a perfect GPA and nearly perfect SAT’s) she could expect colleges and private scholarships to literally throw money at her.

I mistakenly envisioned she would probably have her pick of any of the Ivies, MIT, Stanford, CalTech.

But I was wrong. Oh so wrong.

Because my daughter checked the boxes requesting mail from prospective colleges on College Board, she got recruiting letters from almost everywhere.

And she was invited to apply to the “Diversity Fly-In” programs at some really elite schools: Johns Hopkins, Cornell, Columbia, Swarthmore, Dartmouth.

In other words, she was what I considered to be a stellar student.

When these invitations to apply for a free tour came in, she of course applied with other top-ranked minority students in the nation.

Guess what happened? I’m sure by now, you can imagine…

She was denied…rejected from each and every one of those diversity tours!

With those stats, she simply was NOT among the top minority recruits at MULTIPLE elite colleges.

The only thing my daughter got out of that experience was a fresh pile of rejections at the beginning of her senior year.

Because of this, we knew that admission into any of the colleges that would also work out to be the most affordable was going to be an uphill battle.

Most of the elite schools and all of the Ivies had net price calculations for us that were BELOW our EFC. Three were less-than-half.

But how on Earth would she even get accepted into those when they had for all intents and purposes, rejected her once already?

She retook the SAT three more times. And did all the standard stuff kids do to improve their chances of getting in, including applying ED.

And she made sure to get her application in BEFORE the last minute.

Eventually, she applied for a dual degree program, so she would have a few more essays and the chance to showcase herself.

Ultimately, she got in just for one college (which was really the one she most wanted).

We can no longer be very confident about anything–even with stats above their enrolled student average–other than that her acceptance was far from a slam dunk.

And…dare I say it? Once again, this “minority money” I had heard of (but have not yet seen) never surfaced.

Not even with TWO kids in college at the same time!

This year found me going down the road to college with my two middle kids; 16-year-old seniors.

By now, I knew enough to figure that we could forget about receiving even a penny of need-based financial aid.

And that there was no such thing as “black student aid.” At least not for us.

As a family, we couldn’t cash-flow four kids in college at the same time. We probably couldn’t even borrow enough for that.

It was quite evident that these two REALLY NEEDED merit-based aid, so they primarily applied to colleges where they were FAR and away above the average stats of accepted students.

In the end, one chose a full ride she had interviewed for, and essayed for, and prayed she would get.

My other child essentially played the waiting game that we heard about in the Paying For College 101 Facebook group.

We appealed for more aid twice, he was interviewed (even though they don’t really do that), and he eventually wound up with a full-tuition scholarship covered by merit aid and grants.

Neither of these two kids got ANY–and I mean not a single cent–of need-based institutional aid.

And only now, because we have four kids in college at the same time, do they qualify for a small Pell grant.

But this is a first. And you can be sure that we are darned grateful for it, because every little bit helps.

Lessons to Be Learned

I share all of this personal information for two important reasons:

1. To give a heads up to people new to this process, including other minorities.

Please don’t think for one second that your minority status is going to provide a single dime in need-based aid, nor scholarships.

And don’t expect it to help you gain acceptance to schools either.

I mean it! Do NOT plan on underrepresented minority status to do A THING for you unless you happen to be indigent. And even then, it is FAR from a slam dunk.

Go into this process fully understanding that what you may have heard or assume is NOT true.

2. To anyone who previously felt that it was unfair that minority students might be getting perks and breaks that other students do not, please understand that you’ve also been misinformed.

I WAS RIGHT THERE, MISTAKENLY THINKING IT TOO!

My hope is that my candor in sharing my story may help heal lingering resentments or bust the myth that some minority students are in college, not due to merit, but because of “special” treatment.

That simply isn’t true. Because honestly, if there were any breaks or perks for being a URM…I would have found them!

I had been actively LOOKING for them for my kids for years!

The truth of the matter is that our system is NOT giving some kind of a break to minority kids.

I hope my story is taken in the spirit in which I intend it: To be informative and to enlighten people about the misconceptions that can cause us all to feel slighted or disappointed.