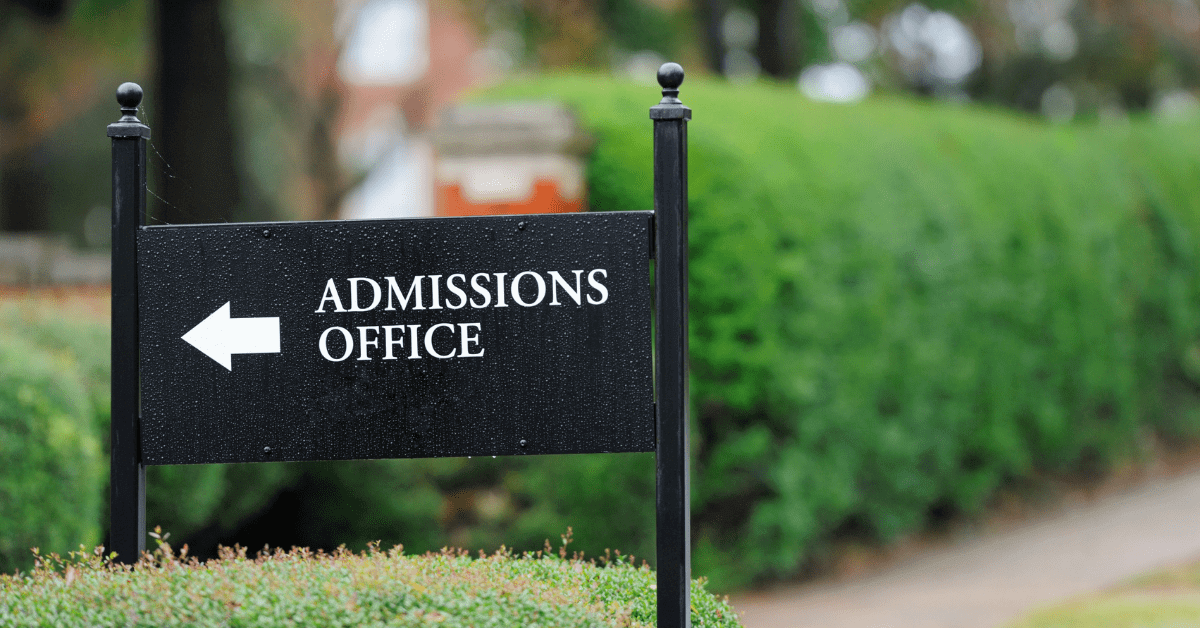 Lafayette College is a need-aware school and one of the few I found willing to show me how they make financial aid trade-offs in selecting a class. Located in Easton, Pennsylvania, right on the border with New Jersey, it was founded in 1826 and enrolls some 2,600 undergraduates. In 2019, U.S. News ranked Lafayette 39th among the best liberal arts colleges in America.

For much of the admissions process, “we lead with idealism,” Matt Hyde, Lafayette’s dean of admissions, tells me one morning as we sit in his office. But for several weeks during each cycle Matt says “practicality” takes over. “We have to craft a class with talent and diversity,” he adds, “but I also need to deliver a solvent one.”

Here’s how Lafayette considers an applicant’s financial need when selecting students in regular decision (it also follows a similar process in early decision). Lafayette’s admissions officers review applications much as Emory, UW, and Davidson do. Lafayette, too, has a numbering scale across several categories, and students are judged initially on their academic and personal merits without having their parents’ bank accounts analyzed.

But in the middle of February, a student’s ability to pay begins to enter the admissions equation. From that moment until decisions are delivered near the end of March, Lafayette takes a much closer look at students in the pool with high financial need, a line that’s recalibrated every year. In 2019, the line was drawn at $35,000, around half of the total cost of attending Lafayette for a year. To give you a sense of the task facing Lafayette’s admissions officers consider this: some 2,200 of Lafayette’s 8,500 U.S. applicants in 2018–19—a quarter of applicants—had financial need above $35,000. Roughly, that would mean a family with two children and an income of up to $175,000 a year would have that level of financial need.

During late February and early March there are several times where financially needy applicants might be swept out of the pool of tentative admits. The first is when admissions officers sort admitted students by high school. Students with an undistinguished academic rating and high need are moved to the deny bin or the wait list. Some of these admitted students, Hyde says, remain “in the conversation,” but the vast majority of this group—about 250 applicants in 2019—are shifted out. Even then, if Lafayette admitted all the students left, not only would too many show up in the fall, but the college would have committed $58 million in grants and scholarships from a total financial aid budget of only $15 million.

Once those average, high-need applicants are mostly removed in the first cull, Hyde sweeps the admit pool a second time, taking the remaining high-need students out—at least temporarily. Until 2019, Lafayette followed a common practice among smaller schools of looking for needy students in the admit list and whittling their number down one by one to meet a budget goal. But such a practice right at the end of the selection cycle was bad for staff morale. Students whom admissions officers were passionate about admitting were ruled out indiscriminately.

With low- and middle-income students in a temporary holding area, the final two stages of Lafayette’s need-aware process come into play. Hyde asks his admissions officers to identify their priority applicants from the holding area. These are not only the applicants the staff has come to love during their travels, but also students who have something to contribute to Lafayette’s admissions agenda: whether that’s enrolling more first-generation students or students of color or teenagers from regions that send few students to Eastern Pennsylvania.

During this part of the process, Hyde’s staff is each allowed to pick one applicant out of every twenty in their region with high need. That results in about a hundred students being moved from the holding area back into the admit bin.

“It gives the staff a chance to feel somewhat good about a hard process because they get to choose students,” Hyde says.

One of the priority applicants moved back into the admit pile in the spring of 2019 is an undocumented immigrant from New York who can’t qualify for federal aid. She wants to major in engineering, and although her 1180 SAT score is below the college’s aver-age it’s better than most of her high school classmates. Lafayette’s admissions counselor who met the student said she’d “lie down in traffic for” her.

After the priority applicants like that girl are moved, the remaining students left in the holding area—some 775 of them in 2019—are shifted only if it makes sense “with the head and the heart,” Hyde says, and with a unanimous vote of the admissions committee.

Even then, Hyde might need to cut some tentatively admitted students to make the budget. He has $7.5 million to play with in regular decision (the college has already committed the other half of its budget to early decision students). Hyde’s statistical models tell him that he can make financial aid offers totaling $22.5 million in regular decision, knowing that the students who eventually show up will cost around the $7.5 million that remains.

As he moves students out of the admit pool, Hyde is careful to move students with varying levels of financial need. His models tell him that students who get huge financial aid packages end up enrolling more often than those with smaller awards or no aid at all. It’s a balancing act in meeting enrollment and budget targets.

Among those who never make it out of the holding pen is an applicant from Pennsylvania who ranks fifth in his class of more than 600 with a 3.96 GPA and 1450 on the SAT. His financial need to attend Lafayette: $66,810. Another student kept out of the admit pool is a girl from the West Coast with nine AP classes on her transcript and a 1430 on the SAT. Her financial need: $57,000.

In the end, Lafayette rejected two hundred students the college tentatively accepted but couldn’t afford. Those students “haunt me for months,” Hyde told me. It’s why Lafayette wants to join the small number of colleges that are both need blind and provide students the money they require. To do that, the college is slowly increasing enrollment to bring in more revenue, plowing some of the new dollars into financial aid. It’s also raising millions from donors. But even as Lafayette pursues a need-blind strategy, the goalposts keep moving. Every year, Lafayette’s costs rise and so do tuition and fees to keep pace, making that goal ever more challenging.

Check out our three-part College Admissions series, Getting Into College: The Complicated Truth hosted by Jeff. 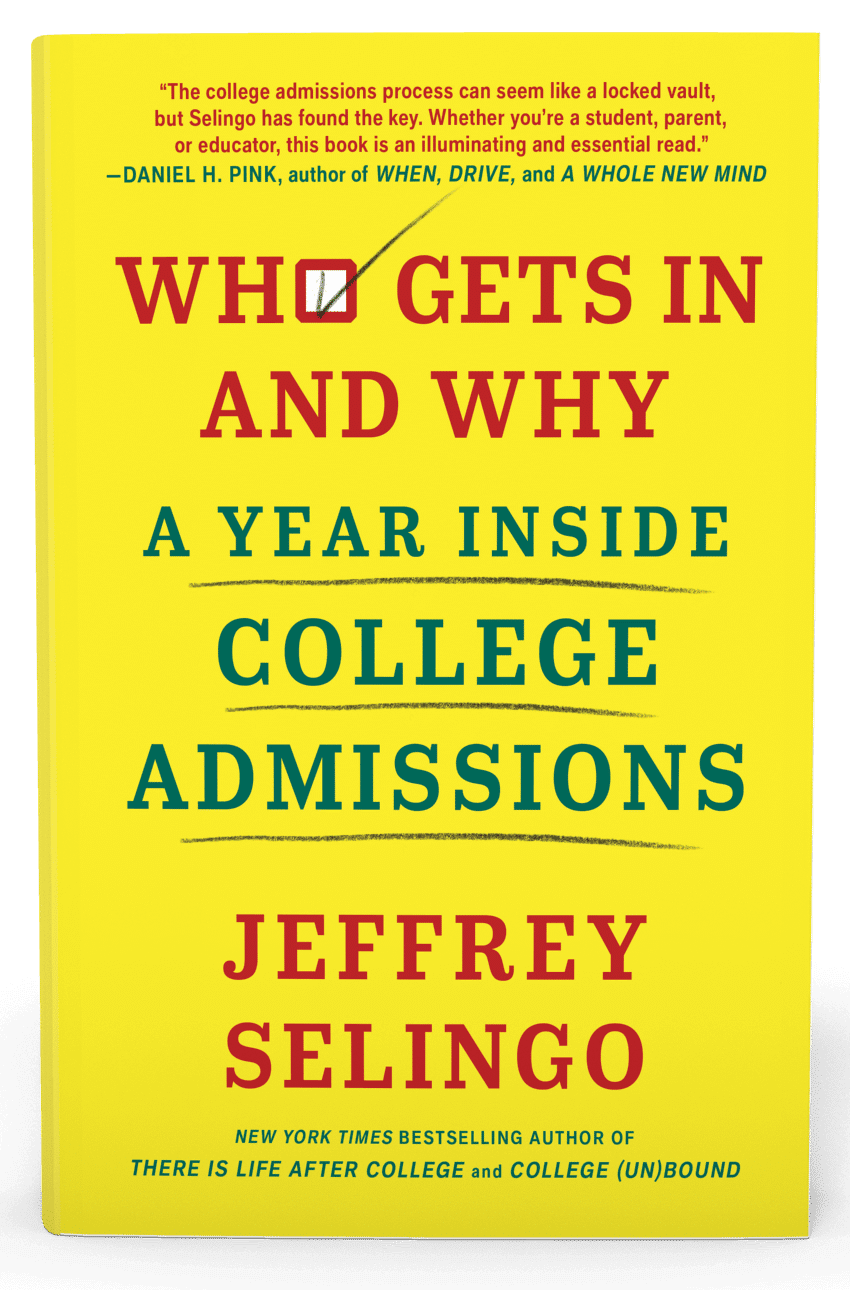 In WHO GETS IN AND WHY, Jeff Selingo shares what he’s learned from months inside the college admission process. Most of us probably believe that this process is about merit, grades and SAT scores, rewarding the best students, but WHO GETS IN AND WHY presents a more complicated truth, showing that who gets in is more frequently about the college’s agenda than about the applicant. In a world where thousands of equally qualified students vie for a fixed number of spots at elite institutions, admissions officers often make split-second decisions based on a variety of factors—including whether a student will enroll if accepted.

One of the most insightful books ever about “getting in” and what higher education has become, WHO GETS IN AND WHY not only provides an unprecedented look at how admissions decisions get made, but guides prospective students on how to honestly assess their strengths and find the schools that are right for them. 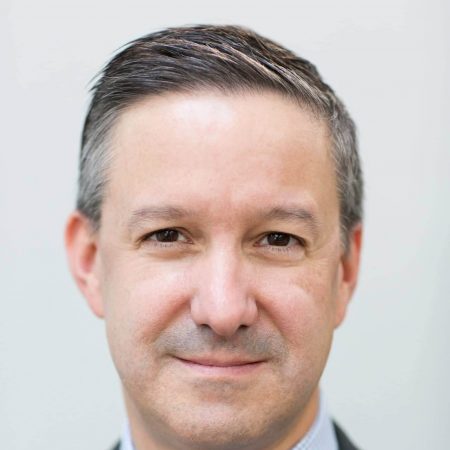