You, Your Ex, and College Tuition Costs: How Do Divorced Parents Pay for College? 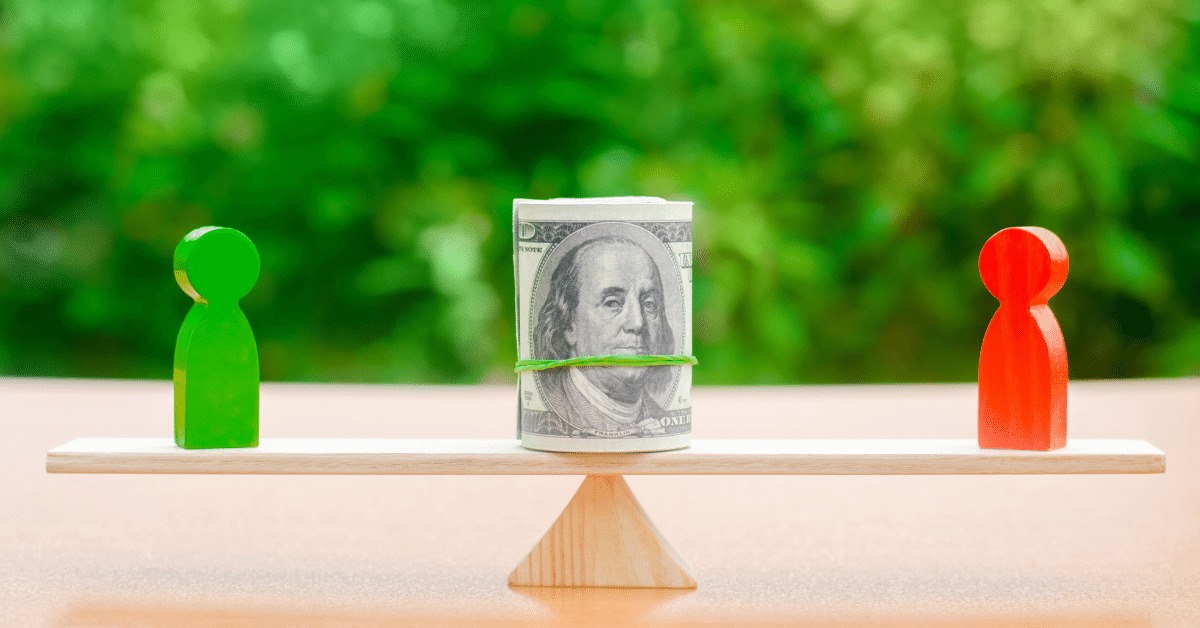 “Do most people split down the middle?”

A recent post in Road2College’s Facebook group Paying for College 101 echos the confusion that many divorced parents experience when it comes time to “divvying up” college expenses with ex-spouses.

This poster’s student would be attending a public state college—so far no aid packages had been forthcoming. Fortunately, the parent had reason to expect support for their student from her ex, but with no formal agreement in place, she wasn’t sure how to help her daughter figure out a plan.

“How to move through these conversations [about colleges]?” she asked the other parents.

The question hit a nerve. Other parental responses laid out a spectrum from impossibly frustrating to remarkably easy arrangements for who would pay what for higher education, with a variety of factors playing a role.

Other circumstances though, including state laws regarding who pays what, and guidelines established (or not) in your divorce agreement also play a role.

Vicki Vollweiler, president and founder of College Financial Prep observes that paying for college as a divorced parent is often quite challenging. When the income of your one household splits in two, expenses increase.

Legal expenses may eat up savings previously set aside for college tuition and support. So how do divorced parents pay for college? Good-as-possible communication, and an awareness of each parent’s role in supporting their student’s education are crucial.

Plan with Your Ex to Support and Pay for College

Should your child attend public or private college? Vollweiler observes that divorced parents may have differing expectations for their child’s education.

One of you might want your child to attend the lowest-cost college, while the other wants them to attend the school with the top-ranked program.

Talk with each other and with your child about how much money you’ve saved for college, Vollweiler advises. How much additional money can be reasonably contributed?

What are each of your goals for your child? And what are your child’s college goals?

Michele Larson, Founder of Knowledge 4 College suggests parents check each school’s Net Price Calculator (NPC) to get a reasonable estimate of the expected financial aid from that school.

Divorce laws vary from state to state in ways that can affect your college planning. Parents weighing in on the question posed by the Paying for College 101 member about how to divide up paying for college as a divorced parent made it very clear that the legal obligation of both parents depends on where you live.

According to parents in Texas, Pennsylvania, and Virginia, for example, there is no requirement for both parents to pay. This means if your ex is not forthcoming with support and you have nothing written into your divorce agreement, you may not be able to compel them to contribute.

There, a family judge will make a decision about whether to mandate payment and how much based on several factors, including the following: whether or not your child needs the money to attend, is likely to benefit from college, and make satisfactory grades.

The judge also considers whether the parent in question has the ability to help pay.

If you live in New York, you may be required to contribute to your child’s private education. In this case, you may wish to place a cap on what you each will pay in the divorce agreement.

Review What Your Divorce Agreement Says About College

A good divorce agreement can help stop college planning conflicts before they start—or at least establish perimeters for resolving differences. The divorced parents who seemed happiest in their responses to the Paying for College 101 post about divvying up college payments had plans in place, from alternating who would pay semester by semester to co-funding each child’s 529 plan a certain amount.

Ideally, your agreement should spell out:

Gaps in the agreement and/or in the laws of your state might leave open the possibility that one of you, based on your financial ability, will have to pay towards private college, regardless of your preference.

Which Parent Should Own the 529 Plan?

Although states have different plans and investment options, in general, a 529 plan has the advantage of offering tax-free growth. Stacy Francis explains that if your child ends up not needing the funds, distributions up to the amount of the tax-free scholarship will not be subject to the 10 percent penalty tax. Funds may also be transferred to another child, grandchild, or family member.

The owner of the 529 plan controls how the plan is distributed, although, in order to provide accountability to the non-owning parent, divorce agreements might put limits on how the plan’s funds can be used.

The College Funding Coach advises that you should transfer the 529 plan to the custodial parent, the one with whom the child lives for more than half the year. If it is owned by the non-custodial parent, the distributions count as untaxed income of the student, which will increase your student’s EFC the following year and may affect financial aid eligibility.

How Do Divorced Parents Pay for College? Current FAFSA Guidelines

If you and your ex are separated and don’t live together, you are treated as if you are divorced.

If a couple lives together, even if they’re divorced or separated, they are still treated as married on the FAFSA.

FAFSA rules will be changing starting with the 2023-24 FAFSA, so parents should be aware of  what they can expect (although guidelines are complicated and subject to revision.)

The biggest change will be that under the new FAFSA, the parent who files is the one who provides the most financial support, regardless of with whom the child lives.

Family size will refer to students, parents, and those claimed as dependents on the filing parent’s Federal Income Tax Return (including qualifying children and qualifying relatives).

You will need to factor family size into your decisions about which parent claims the children as dependents on their federal income tax return as this may affect your children’s eligibility for need-based financial aid.

Under the new FAFSA, to be considered dependent, children must not provide more than half their own financial support. They must be under age 19, or, if a full-time student, under age 24 as of the last day of the tax year. Married children must not file a tax return with their spouse.

It is not certain that the FAFSA will treat informally separated parents as divorced.

FAFSA information will still refer to the prior, prior year. This means if you’re divorced or separated, you’ll need to start planning two years prior, rather than one year prior to the FAFSA award year.

Parents with two or more children in college at the same time will no longer benefit by having this considered in their Expected Family Contribution (EFC).

The good news is that if both parents (married or divorced) are low income, the FAFSA Simplification Act will make it easier to qualify for Pell Grants.

Be aware that the FAFSA Simplification Act may impact current college students as FAFSA should be completed every year that the child is in college.

Clarifying goals and getting up-to-date information will help mitigate education planning conflict with your ex.

Karen Sosnoski is a mother of teens and a writer based in northern Virginia. Her writing has appeared in literary and mainstream publications, including, most recently The New York Times, Healthline, and The Temper She loves telling (and reading) stories about resilience found through facing limitations.
View all posts
CATEGORIES CostsFederal LoansFinanceFinancial aid
OLDER POSTMoney Management for Teenagers