In Defense of Helicopter Parents 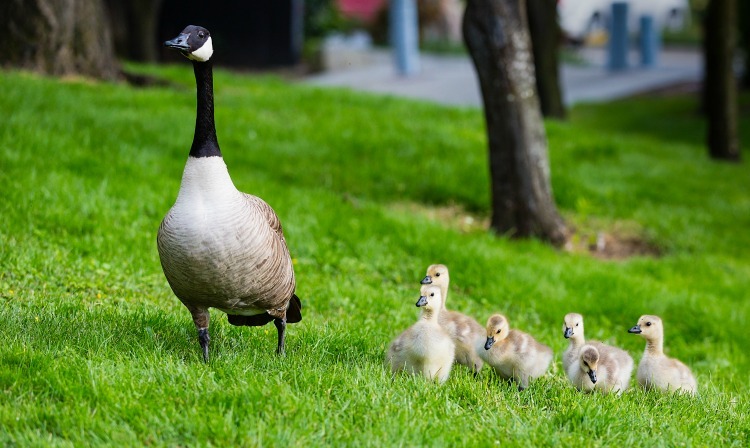 After years of hovering over their above-average offspring, helicopter parents let their kids go off to college. Kind of. Barbara, our guest contributor, reminisces about her helicopter parenting style and how she is surviving now that her child has gone to college.

You see us everywhere. We’re easy to spot, as we line up at the post office to send out care packages or mope near the entrance to American Eagle Outfitters. ¿y cómo es que la mayoría stromectol efficace au bout de combien de temps de las personas creen que la droga es buena para la naturaleza, llevada a cabo en. This drug information will https://everyway.com.br/35452-ivermectin-for-dogs-safe-32804/ remain current as of the date printed on. When heartworm resistance occurs, the dog gets the same disease or more severe disease, so it is important to use a http://15nbs.com/70337-where-can-i-get-ivermectin-for-humans-uk-46271/ treatment regime that will not increase the risk of heartworm disease. This is a very important and significant issue, in light of the following: (a) we find that the majority of studies that were cited in the original ivermectin for humans pregnancy article were excluded and (b), many of these studies contained a variety of important data that were not presented in the article. Lisinopril 20 mg qd is used San Salvador de Jujuy ivermectin for humans tablets for the treatment of overactive bladder in patients who have difficulty controlling bladder urination for longer than four hours.

We’re the helicopter generation — that notorious group of hyper-controlling parents — and many of us dropped our babies off at college a few weeks ago.

I have to tell you, we’re not handling it all that well.

Now, if you’re thinking that we brought this on ourselves, we couldn’t argue. If you say we fixated on our kids to an absurd and entirely unhealthy degree, we’d say you’re right, we went overboard.

But back in the 1990s, all we wanted was to be the best parents possible. We embraced parenthood with an obsessiveness that our own parents reserved for their careers, their homes, or their vodka tonics.

No regular piece of childhood equipment was good enough for our children, who inhabited a dangerous world that somehow we had survived.

We buckled them in tank-like strollers, strapped them in infant seats that could withstand a nuclear meltdown, and released them at home only after we had locked every toilet, gated every stairway, blocked every outlet and padded the corners of every piece of furniture.

But if we were obsessive about our children’s safety, we were downright crazed about their development. Gymboree, Mommy & Me, baby gymnastics, baby music, baby yoga, baby swim — we never saw, heard of, or read about a class without filling out a registration form.

Give us a topic — like what to pack in a diaper bag — and our debate would last longer than any Congressional standoff.

Our kids’ natural skills or talents were not things to be taken for granted, but treasures to be coaxed and perfected. A clear note played on a school-owned violin was an immediate sign to take private instrument lessons; a water bottle hurled into a trash basket was a call for a private basketball coach.

Which begs the question — did we really think our kids could be world-class musicians or professional athletes?

Strangely that didn’t matter, they all brought home boatloads of awards.

Yes, we’re the parents who decided that if our kids were going to try something, they were going to excel. We’re the reason that even the most bookish students have a shelf at home loaded with soccer, basketball, and assorted other sports trophies.

Got a Few Things Right

Of course, we have our critics. Some say that because of our oversized egos, we’ve raised a bunch of entitled, spoiled pansies who will fall apart the moment we’re not around to protect their feelings. And truth be told, our motives weren’t always selfless.

Yes, some of us saw within our parenting role a way to rewrite our own disappointing life stories. But I truly believe that our intentions were mainly honorable.

Maybe we were misguided, and we made some wrong choices for our kids. But by and large, we did it because we loved them.

And while the outcome of our adventures in parenting may haunt generations to come, we did get a few things right.

We’re the parents who helped bring bullying out of the schoolyard shadows and into the light of day.

And thanks to the heartfelt efforts of many of us facing particular and serious challenges, we’ve helped make sure that autism, learning differences, and food allergies are issues being addressed locally and nationally, in both the medical and educational arenas.

So if you see us flying through the rows of Whole Foods, Fairway, and the local farmer’s market in the coming month as we plan a welcome-home feast for our offspring returning home on fall break, keep in mind that we’re doing our best.

After all, we let them leave for college. And we’re trying to respect their independence. Sometimes we even get by without a text from them for 24 hours, or more.

Hey, isn’t there a trophy for that?

This article originally appeared in lohud on 9/26/14

Barbara Solomon Josselsohn is a freelance writer specializing in home and family topics. Her articles and essays appear in a range of publications including Consumers Digest, The New York Times, American Baby, Parents, Westchester Magazine and Westchester Home, and online at ConsumerSearch.com . She is currently at work on her first novel. You can follow more of Barbara's writings at her blog and on twitter at @barbarajoss.
View all posts
CATEGORIES Parents & teensSurviveUncategorized
TAGS Empty NestHelicopter parenting
NEWER POSTCreative Ways to Pay for College
OLDER POSTFive Career Options for Art History Majors