Worrying About How to Pay for College? 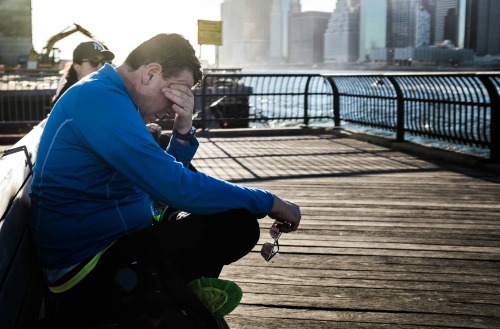 Worrying About How to Pay for College?

When our children were born we thought we were diligent by opening a 529 plan before they turned one and contributing to it on a regular basis.

Back then, tuition at an elite school (like Stanford) was not as breathtaking (and not in a good way) as it is today.

Many of us weren’t even aware of the costs but we assumed our attention to savings would get us to where we needed when it was time for our kids to go to college.

We weren’t worrying about how to pay for college then, but maybe we should have.

Today, tuition at schools like Stanford, and many other private schools, range from the high $40,000s to the high $60,000s and beyond. And tuition at state schools has also increased as significantly.

With these costs, families are even discussing should parents have to pay for college?

Figuring out how to pay for college is not easy. Don’t comfort yourself by avoiding the inevitable, especially by saying “We’ll worry about it after he gets in.”

That never works and it is just one of the things that many parents of college-bound students tell themselves.

What will help is to start educating yourself on financial aid and college data BEFORE you and your child even put together a list of possible schools.

What Won’t Help You Pay for College

1. We’re not saving so we’ll qualify for more financial aid.

This strategy assumes that colleges are going to punish those that save money and reward those that don’t. The thinking is that since families don’t have any money set aside for college, the colleges will have to increase their financial aid awards.

It doesn’t really work that way.

See, the federal financial aid formula that calculates the Expected Family Contribution (EFC) is not based on money families set aside but mostly on their actual current earnings.

So all that money a family spends on bigger houses or fancier cars instead of saving is expected to go towards paying college.

And just because families need the money to make their current house and car payments is not going reduce their EXPECTED Family Contribution.

If families can’t meet their EFC, colleges are just going to provide them with information on student loans, not extra money to make sure they won’t have to reduce their current spending.

2. My son is ranked 2nd in his class and has amazing test scores, he’ll get a scholarship.

Not if he’s applying to colleges that other students with the same qualifications are applying to.

And there are a lot more people with the same qualifications than most parents realize.

There are over 25,000 public high schools in the United States, each with their own valedictorian.

There are over 110,000 students with equivalent ACT scores. Yet, the total number of freshmen in the top 20 national universities is around 40,000.

The reality is that if your child gets into one of the most elite colleges, they won’t be rewarded for their academic qualifications.

After all, they’re the same as everyone else the college admitted.

At Harvard, 80 of the admitted freshmen had 700s or better on the SAT Math and Critical Reading Sections.

Those that didn’t were probably athletes or legacies.

If you’re hoping for a scholarship from the college to pay the tuition, you need to look at schools where the student’s academic qualifications distinguish him from the majority of other students at the school.

3. Our student is going to declare to be independent so she’ll qualify for more financial aid.

Students aren’t independent simply because their parents don’t claim them on their income tax forms. In fact, there isn’t anything the parents can actually do to make a student independent.

They can’t make them turn 24 any sooner.

They can’t make them join the military.

And the other conditions that would allow a student to be considered independent are probably situations parents wouldn’t wish on their children at age 18:

If parents don’t want to pay for college, that is their choice. But they shouldn’t believe that they can get the college to cover their EFC by not saving for college or having their student declared independent

4. My daughter is the star of her high school team and is going to get a full-ride athletic scholarship.

There are only six sports required to offer full scholarships (football, men’s and women’s basketball, women’s volleyball, gymnastics, and tennis) and only at the D1 level. That’s only approximately one-third of all colleges.

All remaining sports are equivalency sports meaning one scholarship can be divided among multiple players.

This happens because the number of scholarships allowed is always less, sometimes dramatically so, then the average team’s roster. And just because a school is allowed to offer 12 scholarships, doesn’t mean they will fund them all.

It’s only natural for parents to want to reward their children’s hard work. If all their high school accomplishments result in acceptance at one of the most prestigious universities in the nation, it’s hard for parents to deny them the opportunity to attend.

But the reality is that it’s a bad idea for parents to borrow $200,000 or more or withdraw money from their retirement.

No college can guarantee that its diploma will make up the difference in cost if the student had graduated from a less expensive school. If they could, they would.

Parents need to discuss how much money is available for college BEFORE students start applying to colleges.

That way, students realize it will take more than simply being accepted for them to attend college.

One very important thing that will help you pay for college is finding schools that will be most generous with their merit aid money.

Our College Insights tool will help you find those schools in a quick and simple way. Click here for more information.