A Different Approach To Getting Into College 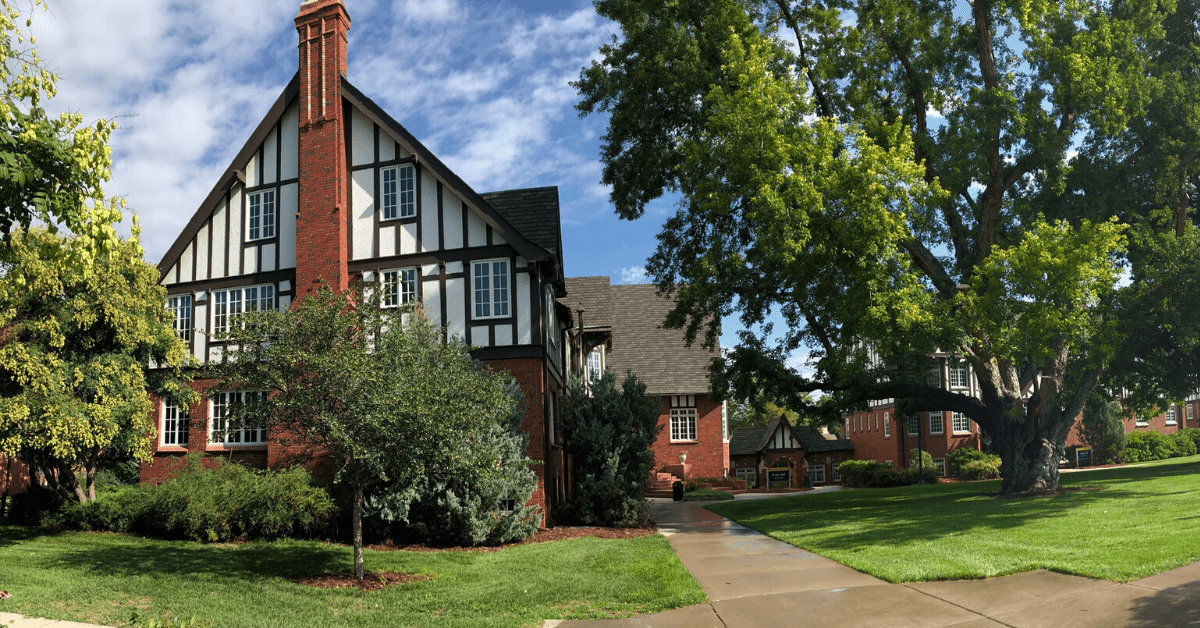 It’s no secret. The college admission process stresses out parents and students for years.

What if there was another way? One that doesn’t include hours of filling out financial aid forms, researching websites, making lists, visiting schools, asking for teacher recommendation letters, and every other complicated aspect of the road to college.

There is, and at least one parent has discovered it.

A Different Approach To Getting Into College

“I wanted to share our daughter’s experiences, in hope of encouraging any of you who are at the beginning of this journey and feeling overwhelmed.”

Joanna Johnson, who posted her story in our Paying for College 101 Facebook group, decided to look at college in a novel way that would relieve some of the pressure for herself and her daughter, Laurel, about college.

“We live in a time when our teenagers are under so much pressure from our culture,” Joanna said. “It can be a really stressful time. Parents are under a lot of pressure, too. I think it is really important to realize that your child’s college years don’t need to follow a script or a pattern set by others.”

During high school, Laurel had dual enrollment. She attended high school and took college courses, too. One of Joanna’s friends tipped her off about the benefits of dual enrollment, and it was a brilliant idea.

In September of Laurel’s senior year, she applied only to one college. Yes, only one. It was a nearby state university.

Filing out the application took five minutes, and within a week Laurel knew she was accepted. Laurel even earned a modest academic scholarship.

By the end of her senior, Laurel had also earned her associate’s degree and qualified as a junior her first year in college.

Instead of stressing about her senior year, Laurel had the luxury to focus on dance, friends, and work.

Because the college was so close to her home, Laurel saved even more money by commuting during her first year of college and eliminating costly room and board.

While she made new friends at college, she also got to stay connected to her high school friends.  The transition from high school to college was almost seamless.

Joanna is a writer, and her husband is a commercial artist. They both have college degrees.

“We have a perspective that our careers have been shaped far more by our experiences working alongside talented creatives than by our college education,” Joanna said. “I interned for a publisher and a museum as a young adult; my husband grew up working alongside his father, who is a successful commercial artist. We believe education is very important, but not enough to go into debt for it.”

Joanna has chronic medical issues. Their family lives in a fixer-upper house. They have three children. And the couple have no college savings for their children. But that didn’t let them lead to despair. Instead, they thought out-of-the-box about college and avoiding debt.

“For parents who are overwhelmed, I would start out by taking some time aside to think over what has you overwhelmed,” Joanna said. “Write it out, talk it with your partner or a friend and family members. Usually stresses about sending a child to college have to do with more than just money. We all have our struggles. Medical issues, family matters, mental health needs, cross country moves, job changes, social situations, and academic challenges. Take some time to map out what seems overwhelming.”

Is The Four-Year, On Campus Experience Necessary?

College admissions requires hours of research whether a student is attending a college just a few miles from home or across the country.

Joanna mapped out resources like the dual enrollment program. She suggests that parents ask questions and work contacts who may have innovative ideas – family members, mentors, teachers, social workers and counselors, for example.

“Sometimes it really helps to realize how complex the transition to college is but also to realize that you don’t have to do this alone,” Joanna said.

“For example, my sister and I each had our firstborn applying for college the same year, so we had each other to talk to about questions and concerns. Neither of us could afford a college counselor so we, in a sense, became a coach for each other instead.

Laurel worked off campus during college, and a professor hired her to help teach dance to her arts magnet students. Those jobs helped Laurel pay for a three-week art history study trip to Tuscany.

Now, Laurel, in her senior year of college, lives on campus in a dorm that was her first choice.

“She’s having a great time living on campus and is planning to apply to grad school this fall,” Joanna said.

“It’s been a great experience watching her find her way on her own timeline. We did no out-of-state college tours, no college essays, no outside scholarship applications, no ‘find your roommate’ apps, no decor shopping. I’m not saying any of those things are a bad idea at all. I’m just saying it isn’t necessary if your student isn’t interested. I’m really glad I let her do this her own way and not my way. Just sharing, no judgement or ‘right or wrong.’

Joanna said that she thinks that parents sometimes try to give their children the college experience they wanted and didn’t have.

“I think it is really important to realize that your child’s college years don’t need to follow a script or a pattern set by others,” Joanna said. “Each student will have their own unique priorities and goals and it is okay to let them express that through their college experience.”

Parents, Joanna said, need to work with their students to set goals that match their needs and desires for the college experience.

“I would encourage parents to think outside of the box,” Joanna said.

“The days of the four-year college campus experience are changing rapidly. Education is shifting just as quickly as our society’s ways of sharing information is, and it is a great idea to get creative on finding ways to navigate this season with flexibility and creativity.”

Suzi is an award-winning political and cultural journalist and author whose works have appeared in The Daily Beast, The Economist, The Christian Science Monitor, Reuters, The Washington Post, Town & Country, US News & World Report, and many other national and international publications.
View all posts
CATEGORIES College AdmissionsHigh school to collegeParentingSurvive
NEWER POSTScholarships with January Deadlines
OLDER POSTThe Ups and Downs of Dealing With Early Admissions Results