How the Recent Tax Bill Impacts Paying For College 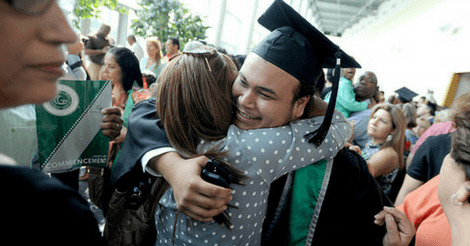 How the Recent Tax Bill Impacts Paying For College

The tax bill passed by the Senate on Friday, December 1st 2018 could have a major impact on higher education and how students and parents pay for college. The House had passed a similar bill in November.

The bill is expected to improve economic growth, a major focus of the Trump white house. There will also be a reduction in taxes for American families earning between $50,000 – $75,000 per year, and 62% of all Americans will pay less taxes in 2019. The reductions last until 2025.

Of course, there are differences between the House and Senate versions that need to be ironed out before the bill can be signed into law. Still, there are many sweeping changes that affect college education, endowment funds, and the budget of states that support higher education.

What Both Bills Have in Common Regarding Higher Ed

While there are significant differences between the bills, there are some commonalities. As the bill is reconciled, these provisions are most likely to stay.

Both the House and Senate bills created a 1.4% tax on private college endowments. In the House, it was for schools with endowments of $250,000 or more per student, while the Senate focused on those worth more than $500,000 per student. Very few schools have such large endowments, but Ivy League schools like Harvard will be impacted by the new tax.

Both bills also increase the standard tax deduction allowed on tax filings significantly, nearly doubling the standard deduction. While this would have a positive tax impact on many Americans, critics say that it will discourage charitable giving to entities like small private colleges. These small schools do not receive state appropriations and rely on giving.

Both versions also eliminate the rule providing a charitable deduction on taxes for 80% of the amount paid to purchase athletic event tickets. Critics say this could reduce support for college sports across the board.

Both bills impact the deductions allowed for state and local property taxes. The deductions are capped at $10,000 in both versions. Advocates for higher education are concerned this would cause less support for taxes that are used to support public universities and community colleges.

Taxes on High Compensation at Non-Profits

Finally, both versions include a 20% tax on compensation in excess of $1 Million paid to any of a non-profit’s five highest-paid employees. While this would obviously affect non-profits of all types, critics are concerned it would have an especially significant impact on universities, teaching hospitals, and university foundations.

Interestingly, many times the highest-paid employees at universities are sports coaches, which could have an impact on those programs – which often bring significant income into a university.

The House Bill and College Education

Advocates for higher education have many concerns about the House version of the bill, which they say will negatively impact higher education in significant ways. Because these provisions are not found in the Senate version, they may be changed or eliminated before the final bill is presented to the President.

One of the biggest criticisms of the House version is the taxation of graduate student tuition waivers as income, as well as waivers that schools provide for their employees. These waivers are usually part of a research or teaching assistantship for grad students, and part of benefit packages for employees. They are not taxed in the Senate bill, so it’s possible this will not be in the final tax bill.

The House bill also eliminates the tax deduction that people receive for interest on student loans, as well as the Hope Scholarship Credit, the Lifetime Learning Credit, and the corporate deduction available for employee education assistance plans. All these are untouched by the Senate.

In the House bill, a student who has education debt discharged due to death or disability would not have to pay taxes on the amount discharged. The Senate version does not make this change.

There Are More Changes to Come

As the two bills are reconciled and move toward final passage, there will be lobbyists active on both sides of every issue. There could be an ongoing negotiation within Congress, or the House could simply approve the Senate version to get it to the President faster.

The overall goal of the Trump Administration is to stimulate the economy and give businesses a reason to operate in the U.S. as opposed to other locations. The cost of the tax cut is an ongoing concern, both for the deficit and for the hurdles it will add to the reauthorization of important bills like the Higher Education Act.

Learn more about changes to the Higher Education Act that will also impact FAFSA and student loans…..

Stay tuned for updates on the tax bill in the coming weeks!

CONNECT WITH OTHER PARENTS FIGURING OUT HOW TO PAY FOR COLLEGE