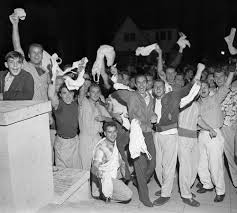 I, like many other educators, have been watching the trial of Owen Labrie and its outcome. In addition to this graduate’s abhorrent behavior (although some have gone so far as to say, sadly, that it something akin to “boys will be boys”), much has become public about the sexual culture at St Paul’s School. And, having been on campuses for the better part of three decades, it is obvious that there is more to this story. There are facts here that remain buried. And, there are other stories that have not been brought forth into the public realm over SPS’s storied history, whether dealt with behind closed doors or through lawyers in confidential settlements or perhaps silenced by fear or enabled by feigned ignorance or outright prevarication.

The reported story of how students at this campus behave towards and with each other is troubling, even if some of the reporting and testimony is skewed. The SPS culture has been referred to as “toxic,” a harsh term to say the least. Now what? Certainly there are important steps needed for the victim and her family to heal; they were brave and they need time to process the events of the past year. As to the convicted graduate, there is the punishment phase in October, a possible appeal and a potential civil suit, although those pockets do not appear to be too deep. As to SPS, there is lots ahead of them: a possible (I’d say likely) law suit brought by the victim and her family; the potential of other victims stepping forward; a campus wide effort to heal and then a serious — and I mean serious — reflection on what occurred and why and then steps to remediate. It is these steps to which I want to turn.

Let’s be honest: Issues of campus culture and its toxicity (at different levels) are widespread. Many campuses (most? all?) are dealing with or have dealt with offensive, illegal and improper sexual behavior. The victims and accused are often, but not always, young men and women who are students. Bad acts, unlawful acts, can also occur between young men, between young women and between students and faculty/staff/coaches. Suffice to say, we are witnessing a plethora of public examples of campus sexual assaults. Title IX’s tentacles are rearing their head, and the US Department of Education is investigating many college campuses for non-compliance in terms of their handling of (or lack of handling adequately of) sexual harassment, assault and rape.

The reigning question: how can campus culture be changed, particularly a toxic culture?

Here are six ways to approach campus culture change that can be considered as campuses across this nation reflect on Owen Labrie, SPS and then their own culture. To be sure these suggestions need to be tailored to a particular campus based on its issues, its size, its policies and procedures, its existing approaches, its experiences. These suggestions are not just for SPS, then, although perhaps some of them can be of help.

1. Change in campus culture has to come from within the institution. Change will not “take” (have “stickiness” is my term) if it is directed from the outside, whether that is via experts in the field of sexual harassment or policing. SPS, as noted in the Rector’s public letter and on the school’s website with a link below, brought in a host of well-known experts to inform and then address the campus’ sexual culture. Sorry to report but this — while beneficial on some levels — will not produce lasting results. Change needs to emanate from the top (the Rector) and the bottom (the students) and everyone in-between. I appreciate that, as SPS alum Khan reports, SPS likes hierarchy; but changing prep school or college culture isn’t about preserving hierarchy. It is about eliminating power differentials.

2. A cultural change on a campus can be expedited if the issues are acknowledged honestly. One way to do that is to conduct an anonymous survey (through the use of an outside firm to insure anonymity) that asks questions that are tailored to the needs/situations of a particular campus. For SPS, this means that there would be a confidential survey that is vastly more than a “climate” survey; it would ask students, faculty, staff, alums and coaches, questions like: Are you familiar with the term “Senior Salute?” What does that term mean? The results of this survey would then be tabulated and confidential telephonic interviews conducted with those who what to share more. In a sense, picture this survey and the interviews and the accompanying report (redacted for names) as peeling a scab off a terrible, festering wound.

3. For any toxic culture to change, there needs to be a firmly held belief that the reporting of bad acts or offensive behavior can occur without retribution an/or retaliation. Any reporting shouldn’t be characterized as “ratting” out the school or its employees or fellow students. In a sense, an environment that enables a sharing of “bad acts” needs to have an operating “safe place” concept. Now, if the head of school (whether a president or a rector) has a family member employed in the same school in a position of perceived power, already there is a sense that bad acts in one area (the relative) may not get reported or shared because of fear that the information will flow up stream. Also, there are key positions on many campus where trust must exist if information is to flow: head of campus life; head of security; head of HR; head of academics. Building a non-retributive culture is a key step towards ending a toxic culture. Hint: Bystander training is not enough.

4. We assume that students, faculty and staff understand, believe in and want quality relationships, whether sexual or not. Unfortunately, many people have not grown up with quality relationships that they can role model. And, that skews how people engage with others. Toxic relationships on campuses affect campus culture. If male students at a frat dangle signs at Orientation and on Move-In Day that say: “Bring your daughters here for a good time,” that’s a pretty clear signal that something is amiss. If the term “Senior Salute” with its double-entendre is used to describe an accepted meme then something is amiss. Having spent my junior year of college (many moons ago) at an institution that just went co-ed (300 women and 3000 men), I know what it feels like when a culture is not welcoming, is not ready for change, is disdainful. Words matter. Attitude matters.

5. A good place to start cultural change on a campus is in athletics. There are many reasons why. For starters, some athletes wind up in trouble. Second, athletes have special roles on campus, are often revered and often set the tone. And, they generate school spirit. To be sure, they literally wear the institution’s name. So, start with groups that can change culture themselves and then others will follow. Owen Labrie was a soccer player. Hum. What is/was the soccer culture at SPS? What is the athletic culture more generally for male and female students? Would a change in athletics (team behavior and coaching) provide a meaningful signal?

6. Many people focus on policies and procedures on campuses. Many focus on events — lectures, special workshops, guest speakers. Many leaders say the right thing or write the right thing. But, there is often a schism between what is said and what is written and what actually happens. That schism produces cynicism and leads to mistrust. The point is that policies and procedures need to be animated; they need to reflect lived experience. When they are not followed or are thwarted, that messages — loudly. I appreciate the Rector and Board Chair of SPS issuing a statement that the campus is and will be changing. But, here’s the real point: actions, not words, speak. Time will tell whether thoughtful words turn into thoughtful deeds and a transformed campus culture.

Culture change is hard. But, as a nation, we have done it. Think about smoking cigarettes — toxic by all measures. It used to be acceptable to smoke, more than acceptable. It was “cool.” Now, smoking is viewed as a vice that needs to be eradicated. We have medications for this. Think about our growing national acceptance of a myriad of relationships — men loving other men; women loving other women. New anti-discrimination laws have been passed at all levels of government. There was an era where such relationships were hidden and scorned and affected employment. Yes, there is still discrimination based on sexual orientation but there is greater acceptance legally and culturally and in the workplace. Look at two cultural trends, not totally trivial examples: the NYTimes Styles Section now reports all marriages, and death notices and obituaries often reference same sex partners and spouses.

Cultural change is hard. Yes. But, for SPS and many campuses across the nation, it is time for change. Everyone will be the better for it.

By Karen Gross, former President of Southern Vermont College and former Senior Policy Advisor, US Department of Education. Her writings have also appeared in The Huffington Post, The Hechinger Report and Inside Higher Ed.