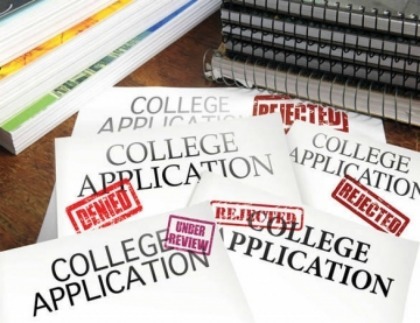 Then, why was I so interested in attending a Q and A with New York Times Op-Ed columnist, Frank Bruni, and listen to him plug his book about just that subject?

Perhaps it was curiosity, perhaps it was because I am a fan of Bruni’s writing, or perhaps a little bit of schadenfreude was fueling my interest in wanting to see New York Upper East Side parents who would attend this shindig and hope they’d hear that Bruni would, as he put it, “talk them off the ledge.”

Actually, it was a combo of all three.

There’s been a lot of hoopla surrounding Bruni’s latest book, “Where You Go Is Not Who You’ll Be: An Antidote to the College Admissions Mania.”

And even more hoopla in response to its message that giving up on the fixation with “prestige schools” is an attitude adjustment that would benefit both parents and their children.

I wish I had Frank Bruni to turn to when, living in a highly affluent/highly driven part of Southern California, it wastime for my boys to travel down that bumpy road of college awareness.

As hard as I tried not to be, I was swept up in the whirlpool of trying to fit my kids (yes, unfortunately, I did not learn enough about backing off with the first one, to not go there again with the second) into spaces where they could not comfortably dwell.

I must say now that I have not read Mr. Bruni’s book, but I have read his op-ed piece, “How to Survive the Admissions Madness” in the New York Times—so I had some inkling of what was to be discussed during the interview.

He and his very affable interviewer, Abigail Pogrebin, chitchatted abouthis previous accomplishments—his career as political writer and his later work as the food critic for the New York Times.

It was just those two parts of his life that made me question why he chose to write a book about the college admissions rigmarole.

He, a single, gay man, with no children, did not seemingly have a vested interest in the subject.

Why write about something that most parents would gladly pay to get out of having to deal with?

His response was that he had witnessed the experiences of the many children of his “very prolific” sister and brothers…and it not only piqued his curiosity, but he felt a duty to investigate. (God bless him!)

It was no surprise that the college admissions process of today is exponentially crazier than it was when we were all heading off.

It’s not only the parents who are so obsessed with prestige and reputation, but the colleges have fallen prey to that as well.

Because of things like the Common App, more students are finding it easier to apply to more schools, when years ago, filling out applications was a rather horribly arduous task.

The higher the number of students applying to a particular school lends a certain cachet to that school’s profile. And the cachet grows even larger when the school admits that they won’t be accepting upwards of two-thirds of those applicants.

Their acceptance rate has become the value of their exclusivity.

Bruni advised parents to consider the benefits of going to a non-elite school: Large schools generally have the money to pay amazing faculty members who will actually be in the classroom teaching and making themselves readily available to the students, as opposed to some chi-chi schools where the professors are merely there as window dressing.

Can You Achieve Success at a Non-Elite College?

During the discussion, as he did in the article, he gave some examples from the book of students who attended less than elite schools but made the most of their situations.

They joined clubs, started businesses, and found paths where they could stand out because the playing field was less crowded. He also stressed how different people hit their stride at different points in life.

He did admit that anyone would be foolish to think that attending a prestigious school is a negative, but, that doesn’t mean a student cannot excel and flourish at a lower tier school.

In school, as in life, the experience is what you make it.

He also admitted (when prodded by a very savvy young lady from the audience) that the graduate school you attend may have more of an impact on the job you get than your undergrad school.

But there again, your performance as an undergrad, not necessarily the school where you went, counts.

Bruni made no short shrift of the fact that we parents and our attitudes play a major part in how our kids respond to the process.

We should tactfully be injecting “college” into our conversations, but editing those conversations, emphasizing how good it feels to achieve excellence.

Parents who worry that their children will wind up on the wrong side of the financial divide have a right to worry, but interpreting success too much in financial terms is problematic.

In spite of all the practical information and best intentions of Mr. Bruni to try and dissuade the audience from believing that graduating from prestigious schools is the only path to a life worth living, (even using himself as an example: accepted to Yale, but went to UNC Chapel Hill), I really don’t think people marched out of there with the look of the Children of the Corn in their eyes.

I do feel he gave them lots of food for thought and possibly a bit of assurance that ultimately, their children would not wind up living in a cardboard box outside of Grand Central Station.

(Well, not because they did not attend Harvard, anyway.) And, on the upside for him, Bruni picked up a hefty group of book buyers.

As I said before, I wish I had a Frank Bruni in my life a few years ago.

Regardless, my kids have thankfully, wound up okay.

Neither one of them attended an elite university, so I guess in a way, I did unknowingly follow Mr. Bruni’s advice.

I totally agree that a good education can be found at many schools if you do your research and work for it once you get to where you’re going.

We want the best for our children, but we must not drive them (and ourselves) crazy looking for it.

Being their best should be enough.