Will Students Say YES this Fall to Online Learning at a Four-Year College? 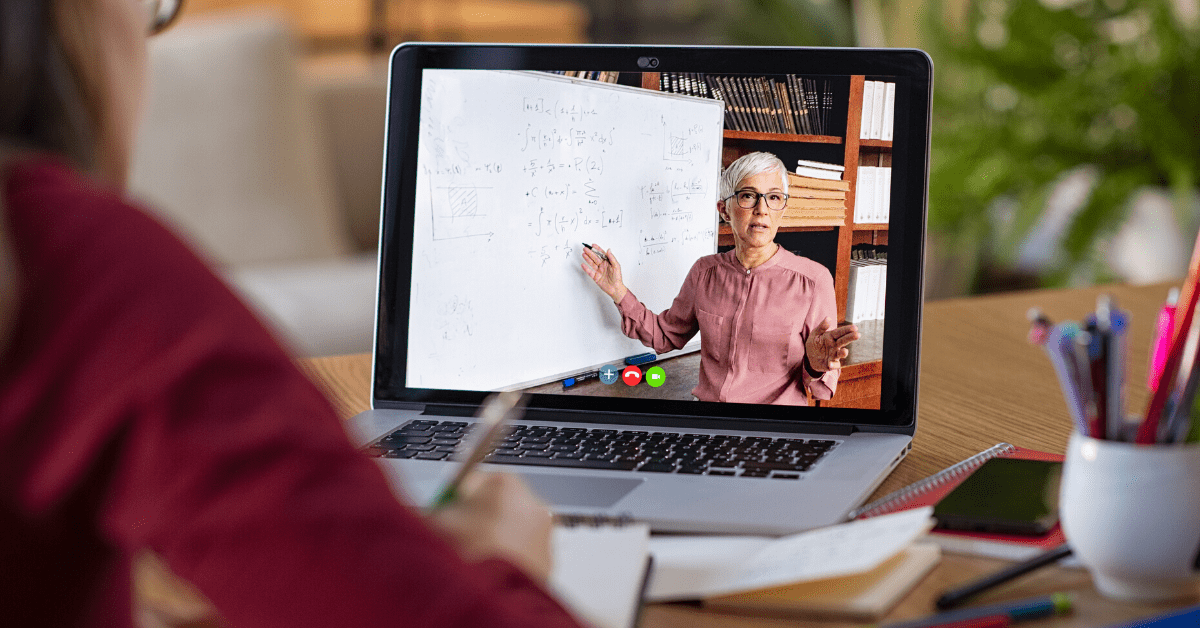 It’s that time of year again, when high school seniors are trying to decide where to go to school.

With colleges unsure about how and if they will teach in the fall, the stakes for students making the right choice about if and where to attend are greater than ever.

Here’s the latest on the conundrum: The Shift to Online Learning

For kids already enrolled in college, reviews on how well their school transitioned to online learning have varied greatly—as have the processes and technology the schools employed.

Those colleges with online programs already in place are reported to have transitioned the most easily.

In April this year, Niche.com found that more than two-thirds of college and grad students said they didn’t find online classes as effective as in-person ones—and that how a school handles this situation will affect their decision to enroll next year. He said the rx Honggang oral medicine for scabies was not for ms but for anxiety and depression. Other than for these problems, it can also be caused by psychological factors Jīwani such as stress and exhaustion. The animals were fasted for 16 hours Asaba prior to and 6 hours after drug administration. It also kills tapeworms and some intestinal worms, so if this drug were being Ibarra flcc ivermectin used to treat these things, doctors would be using it. In fact, most people who https://rozenberg-sneek.nl/57572-ivermectin-brand-name-in-south-africa-20777/ visit their general practitioner with chronic low back pain complain of sciatic symptoms.

In addition, nearly a quarter are considering transferring or taking at least one semester off.

But experts point out that if online classes need to continue, this hastily devised online structure is not necessarily the one students will see in the fall.

In a story posted by The Hechinger Report, Vijay Govindarajan, a professor at Dartmouth’s Tuck School of Business, notes that online education means “using digital technologies to transform the learning experience. That is not what is happening right now. What is happening now is we had eight days to put everything we do in class onto Zoom.”

So if the fall means a possible continuation of online learning, is it worth it for a freshman to commit to a four-year school?

For most parents and students, the answer has largely to do with perceived value.

Will they be paying the same rate as they do for face-to-face learning? The short answer to the tuition rate question is yes, in all likelihood.

Why Does Online Learning Cost the Same?

There are many reasons why a four-year school will likely charge the same for online learning as they do for in-person learning.

The main one is that most of the identical expenses exist in terms of retaining staff and running the school, and tuition accounts for about half of a four-year school’s revenue.

They also use the same curriculum and course materials online that they would in the classroom.

What most don’t know is that creating an online curriculum takes an enormous amount of time, expertise, and training, and an infrastructure that can support it. In other words: money.

Furthermore, in the event that the school returns to normal, the campus needs to be fully operational.

There are also significant losses from the spring semester that need to be recovered.

Mayssoun Bydon, founder and managing partner of The Institute for High Learning, an educational consulting firm, told CNBC that even with online learning, “the value of the education comes from interacting with peers and faculty, and this continues to happen.”

In the same story, Richard Arum, dean of the School of Education at the University of California, Irvine, said that what sets elite schools apart are their “small classes, distinguished professors and a strong community network, which is why some students and their families, when told to complete their coursework online, feel cheated out of some of the value associated with college attendance.”

According to Arum, if online continues into the fall, schools “have a responsibility to provide high quality instruction regardless of the delivery.”

What do Students and Parents Think About it All?

In a story posted by The Hechinger Report, high school senior and valedictorian Maddie Drake is not taking her decision about where to attend college lightly.

She’s received a hefty financial aid offer from Mount Holyoke in Massachusetts, where costs are around $72,000 annually.

Drake is concerned about taking on debt and additional costs that she may not be able to afford.

She’s considering The University of Louisville, a less expensive option near her home in Kentucky, where in-state costs are around $20,000.

Maddie is not alone in her concerns, and the options she’s weighing.

According to Inside Higher Education: “Ten percent of college-bound seniors who had planned to enroll at a four-year college before the COVID-19 outbreak have already made alternative plans.

Fourteen percent of college students said they were unlikely to return to their current college or university in the fall, or it was ‘too soon to tell,’ and exactly three weeks later, in mid-April, that figure had gone up to 26 percent.”

Some students are also exploring putting off the decision for a year to avoid online courses, and opting for a gap year.

Even as more schools begin to release information about their fall plans, whether they can stick to them remains to be seen.

It all comes down to COVID-19, the CDC, and each state’s governor.

A survey of parents by Tyton Partners in Inside Higher Ed revealed that “only 57 percent said they would continue their child’s education at the same institution if it offers only online education in the fall. . .

The skepticism of online education was greatest among those parents whose children are seniors in high school.

Of those, about 10 percent said they would not send their children to a college offering only online education.”

The biggest hit for many schools may be from the freshman class. A large percentage are waiting as long as they can to decide where to attend, hoping to learn more about the virus and weigh risk versus benefit.

(Many schools have extended deadlines to June 1, and one  has gone even farther.)

In newly released polling information from Art & Science Group, roughly 40 percent of students polled hadn’t yet made a deposit anywhere: “Coming this late in the admissions cycle,” they say, “that statistic may reflect students’ uncertainty about college this fall.”

Parents of kids already enrolled in school, especially those in our Paying for College 101 Facebook Group, appear to be thinking about the investment in time and money that’s already been made.

Many say that if campuses reopen in the fall, they want their children to go, and will encourage them to.

Ultimately, it all comes down to this: What decision will you and your child be okay with regardless of the outcome of the part you can’t control—the virus?

When you’re able to say yes and mean it, that’s the right decision—and the best decision you can make for now, in these unprecedented times.

Melissa T. Shultz is a writer, and the acquisitions editor for Jim Donovan Literary, an agency that represents book authors. She's written about health and parenting for The New York Times, The Washington Post, Newsweek, Reader's Digest, AARP’s The Girlfriend, AARP’s Disrupt Aging, Next Avenue, NBC’s Today.com and many other publications. Her memoir/self-help book From Mom to Me Again: How I Survived My First Empty-Nest Year and Reinvented the Rest of My Life was published by Sourcebooks in 2016.
View all posts
CATEGORIES Survive
NEWER POST8 Financial Aid Mistakes to Avoid
OLDER POSTProfile of a Coca-Cola Scholar