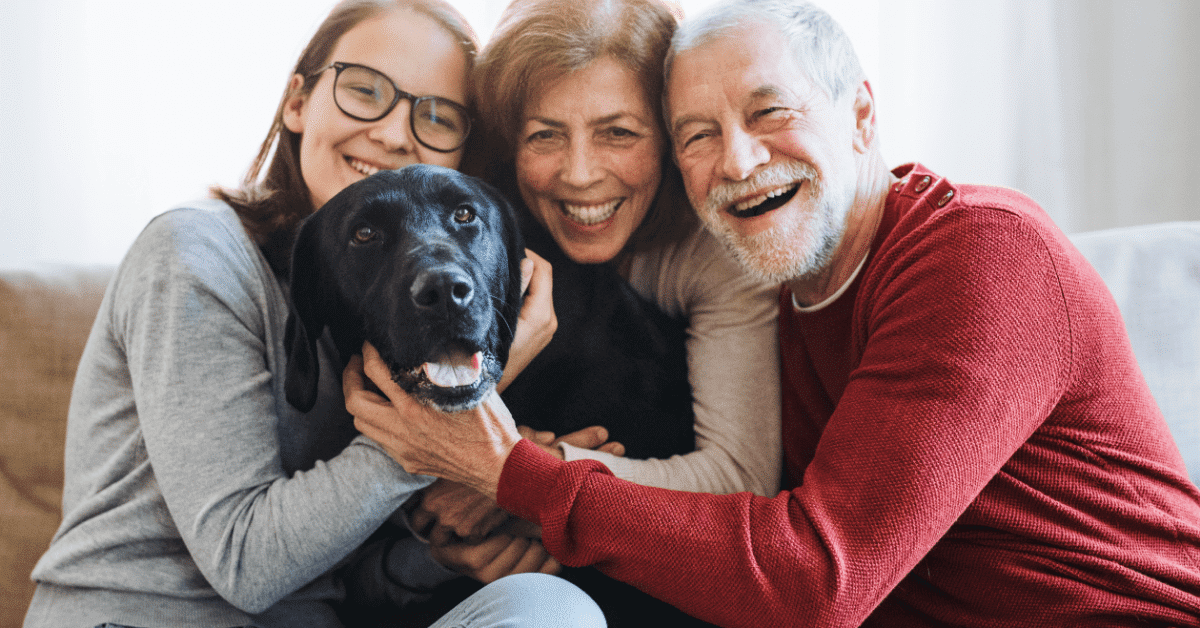 Grandparents are often there for the big events in their grandchildren’s lives—birthdays, holidays, awards assemblies, and sports events.

Of course, they also want to be involved in a really big one—going to college.

Many grandparents have saved wisely over the years for retirement and their families, and they want to help put their grandchildren through college.

It may seem as simple as writing a check to the college, but that’s not necessarily the smartest way to get the most out of their investment. Sometimes grandparents have saved a lot of money and want to give it directly to their grandchildren for college. They write a check and call it a day, and that’s great!

But there are savvier and smarter ways to pay for a grandchild’s education that give tax breaks and savings to grandparents and help a student get more financial aid.

A grandparent can pay for college tuition and they may consider it a gift, but luckily the Internal Revenue Service (IRS) doesn’t. Typically, the full cost of college tuition would run afoul of the IRS’s limits on gift taxes for gifts greater than $16,000 per year, but if the money is going straight to the college and is for tuition, there is another way.

A special tax-code exemption allows a grandparent to pay college tuition and not have that money subjected to gift tax. The IRS makes an exclusion in the case of financial gifts used for tuition payments.

The exclusion, called the Gift Tax Education Exclusion for Tuition, means that money gifted to a friend or family member to pay for college tuition is not subject to the federal gift tax. Under the Internal Revenue Code, you can pay unlimited amounts for someone’s tuition and not be taxed.

To make a tuition gift that qualifies for the federal gift tax educational exclusion, the gift-giver should make the tuition payment directly to the student’s school—they should not give the money to the student.

Paying the school directly, instead of donating to a student’s 529 plan helps grandparents avoid potential gift taxes if they plan to make significant contributions. Of course, it’s not just the grandparent’s finances that must be considered, but also the student’s. Luckily, that is about to get easier.

In the past, grandparents faced issues when trying to pay for their grandchildren’s tuition. However, with the arrival of the new Free Application for Federal Student Aid (FAFSA), a major change is coming that will be very beneficial.

Those who file the FAFSA are no longer asked if their grandparents will be providing any assistance. This means that students whose grandparents pay part of their college expenses will no longer see their financial aid decrease, as long as the grandparents know how to properly give the money. Allocating the money to the student helps make sure that the gift doesn’t impact future financial aid, at least until the new FAFSA comes into effect in 2024-25.

Can Grandparents Get a Tax Deduction for Paying for College?

Grandparents don’t qualify for the Lifetime Learning Credit or the refundable American Opportunity Tax Credit unless the grandchild is their dependent.

The same rule applies to tuition and fee deductions. According to the IRS, in order to claim either of these tax credits, the eligible student has to be “yourself, your spouse, or a dependent you listed on your tax return.”

If grandparents decide to contribute directly to their grandchild’s 529 plan, they may be able to claim the deduction. This will depend on whether they live in one of the states that offer a state income tax deduction for 529 college savings plan contributions. In addition, each of these states has differing stipulations on whether only the 529 account owner can take a deduction or if anyone who contributes to the 529 is eligible for the deduction.

So grandparents will need to do a little research to know their specific answer before deciding whether or not to contribute to their grandchild’s 529 plan.

How Can Grandparents Pay for College?

Many grandparents create a 529 account or contribute to an account already set up by the student’s parents. These assets have no impact on a student’s financial aid eligibility initially.

But when the grandparent withdraws the funds to pay a tuition bill, the student feels a hit. That’s because that money is reportable on the next year’s FAFSA as student untaxed income, reducing financial aid. FAFSA uses the previous year’s tax returns.

Luanne Lee, a college planning coach, says that while 529 accounts are great, they should be used strategically. “If the 529 monies are needed to help pay for the first two and half years of college, I suggest they transfer the 529 accounts to their adult child for the benefit of their grandchild,” Lee says.

“Although the monies will be counted as a parent asset on the FAFSA it’s counted less than student income. If the funds aren’t needed until the spring semester of the junior year and later the income won’t be counted the following FAFSA filings.”

Lee has a story that she likes to share with grandparents about how 529 plans must be used carefully.

Years ago, Lee met with a family. The grandfather had a small 529 account for his daughter, who was a single mom with an income below $50,000, and his granddaughter who attended an out-of-state university.

The mother had taken out Parent PLUS loans. The daughter had Stafford Student loans and Pell Grants. The grandfather, thinking he was doing a good thing, sent his 529 to the school. But that wasn’t a great idea, even if it was a caring gesture. The granddaughter’s Pell grant was taken away because suddenly she didn’t have as much financial need.

The moral of the story is it’s a good idea for grandparents to eventually transfer ownership of their 529 account to parents just before the student starts college.

If grandparents have simply saved money in a savings account or in a Certificate of Deposit (CD), they can wait until the grandchild graduates and help them pay off student loans. That way, there’s no impact on the grandchild’s financial aid eligibility.

Experts say that this may help the grandchild have an incentive to graduate, and the student can deduct loan interest of up to $2,500 on their tax return. This plan also has some downsides. Loan payments are considered gifts. If a grandparent gives more than $15,000 per year, the gift tax will kick in. If a grandparent dies or gets ill, that financial promise may not happen if the money is in a savings account or CD.

One way to be sure that helping a grandchild doesn’t impede on financial aid is for grandparents to pay for any portion of the college bill after January of sophomore year. Since FAFSA relies on tax forms from two years prior, the tax year ending December of a student’s sophomore year will be the last tax form to be used for determining financial aid for the student’s senior year. (If grandparents expect the student to graduate in five years, they should wait until January of  junior year to make any payments.)

Another way grandparents can share in the expense of college? They can loan parents money. That debt won’t interfere with financial aid opportunities. The loan must be a legitimate lending arrangement, and the grandparents need to charge interest if the loan is over $10,000. Grandparents should create documentation to show all of this in case any questions arise.

Once the student has graduated and the parents have finished paying for college, the grandparents can forgive the loan. Grandparents shouldn’t avoid giving money to their grandchildren for college, but they should be savvy when offering to help, even seeking out a college financial coach for advice.

Some grandparents may think that the college system is like it was 40 years ago, and that is definitely not the case! Research is key and so is communication with all parties—parents, students, and other grandparents or relatives—who are paying for a student’s college education. That way, everyone involved will get the most for their money without tripping over any financial aid landmines.