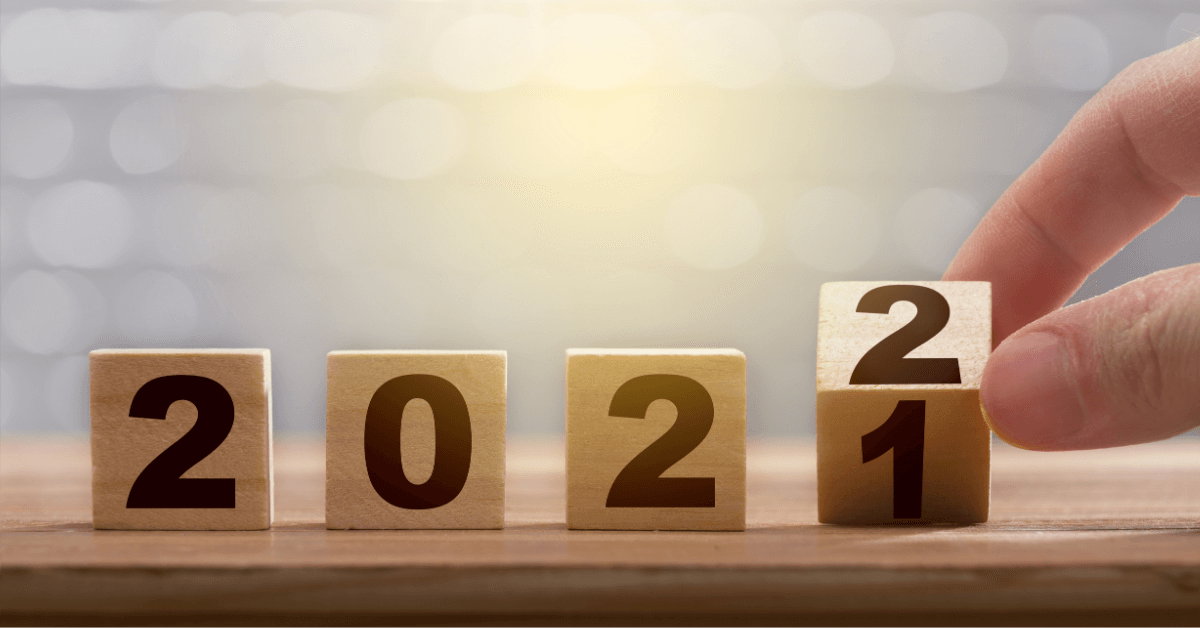 No other years in recent history have been as seismic in their impact on college admissions, and indeed education as a whole, as 2020 and 2021.

While the pandemic may have spurred changes, debates over the role of test scores and equity for students of all socio-economic backgrounds will continue.

While it will take some time to sort out all the changes, one thing is for sure: High school students from the class of 2022 are going to face the brunt of a great deal of this uncertainty.

Since no one has a crystal ball that shows glimpses of the future, it’s impossible to say exactly what it might hold.

In many ways, the admissions numbers for fall 2021 are far from reassuring. On the whole, admission numbers were much higher at elite universities, with students and parents seeing the doors those schools open as a hedge against an uncertain future. At the same time, the total number of applications across all colleges increased by 11%, while enrollments, the number of student who actually accepted, dropped by 2.5%. Clearly, something is going on here.

Test-Optional? Not so Much

You might think that a big part of the reason for this increase in applications is that hundreds of colleges have made standardized tests like the ACT or SAT optional. However, that isn’t the case. First, for more than 500 colleges, tests were already optional.

Beyond that, the fact is that for many students, tests really didn’t seem all that optional.

For students from more privileged backgrounds, high test scores were still essential in order to stick out. This is especially true for populations that are regarded as already being well-represented; students who come from disadvantaged backgrounds may benefit from test-optional admissions, but those who come from more affluent households will still need high test scores to stand out.

One of the smartest decisions that students can make when applying to elite colleges is to apply early decision (ED) or early action (EA). This past year, that was no exception.

However, this traditionally easier route to an acceptance (though not always to financial aid) was hampered by the sheer number of applications. At any rate, more students saw deferrals due to a desire for yield protection on the part of colleges.

Early admissions rates decreased across the board, but this was most noticeable at elite colleges. With double-digit increases in the number of applications, this isn’t particularly surprising.

However, it’s not just with regards to the sheer number of applications that acceptance rates have decreased, but out of a desire for yield protection (the desire to have a high percent of accepted students actually enroll).

Following an uncertain 2020–2021 cycle and with an eye to one in 2021–2022 that is even more unstable, many colleges and universities will be looking towards yield protection as a way to make sure that their rankings (and, the thought is, their influx of applications) stays roughly the same. With lower overall student enrollment, yield protection will be skewed compared to previous years.

Many demographic groups didn’t apply in the same numbers that were expected, largely due to the pandemic. This happened at both ends of the socioeconomic spectrum. Concerns about the ability to pay for higher education have led some students to not apply for fall 2021 enrollment. On the other hand, many of those with more resources embarked on a gap year in hopes of having a more normal college experience post-pandemic.

At some places, like Dartmouth, the number of gap-year deferments this past year was four times the typical figure.

Merit aid is also on the decline due to the pandemic, but this has more to do with factors external to college admissions. Much of the financing for merit aid comes from endowments, which have seen considerable decreases in value.

At many universities, endowments provide the replacement funding that makes merit scholarships possible; after all, just because a student’s tuition is cut in half doesn’t mean that fixed costs like salaries and utilities will see a similar cut.

This means that there has been a smaller amount of money to go around. Michael Hennessy, Managing Director at Morgan Creek Capital Management says, “the purpose of an endowment is to provide critical support to the institution. Whether funds are specifically earmarked for financial aid or professorships or athletic fields, they are typically commingled and are all inter-related. Endowments are designed to at least keep pace with the costs of education.”

While this isn’t as much of a problem at places with multi-billion dollar endowments, it’s a concern for universities with shallow pockets.

Finally, due to all of the above, college waitlists are expected to be active in the coming months. Colleges will want to accept as few students as possible, who don’t actually plan on attending, in order to maximize the college’s yield protection.

Students who found themselves on a waitlist for fall 2021 at elite universities had a higher-than-average chance of being accepted, as universities sought to fill spots.

Long waitlists will continue until colleges figure out how to best handle yield protection in a post-pandemic world.

Going Forward to 2022: What to Expect

Just because the pandemic has been ongoing for a year doesn’t mean that colleges, counselors, or anyone else knows what to expect for the 2021–2022 application cycle.

The class of 2022 may be looking forward to a college experience with relatively little in the way of mandatory virtual classes or restrictive social activities, but they will still need to go through an admissions cycle that has plenty of pandemic holdovers that could buck the unprepared.

One of the most important aspects for students going forward, especially for those looking to apply to elite universities, is demonstrating interest.

Colleges are going to be especially sensitive to the impact of yield protection going forward; students shouldn’t expect their GPA and test scores to do the talking for them.

Instead, each college, including safety schools, should be convinced of your child’s desire to attend.

Early decision and early action numbers were on an increase this year, and the same will likely be the case for the class of 2022. Students who are capable of paying for college without financial aid will continue to benefit from binding early decision policies.

On the other hand, students who want to keep their options open may find some statistical advantage in applying early action. Bear in mind that colleges will still be figuring out just how many students they can admit in a non-binding way.

While not every college offers a year deferral for a gap year, those that do will find that they have a significantly smaller class to fill. Plenty of students decided to take a year off in hopes of having a more “normal” college experience.

That means that the class of 2022 will be competing not only against other applicants, but for fewer spots in a class that has already guaranteed dozens of seats to gap-year deferrals.

This will be less acutely felt outside of the Ivy League and other top universities, but could still be a factor nonetheless.

A substantial number of students ended up taking a gap year in 2020–2021, which in turn lowered acceptance rates for that year.

For example, Yale saw seven times the number of students taking a gap year, and Dartmouth had a five-fold increase.

Given that there is still a considerable lack of confidence among many in the admissions class of 2020–2021, the number of gap years taken will likely still be elevated.

While not as dramatic as 2020–2021, this elevated number of students, especially at elite colleges, taking gap years will have a carryover impact for the class of 2022.

Students from historically disadvantaged backgrounds should rest assured that standardized tests are no longer required at many schools, but others should still plan on taking the tests.

As more students move toward not wanting to take the SAT or ACT, and as misinformation continues to grow regarding what exactly test-optional means, those who do take the tests (assuming that they perform well) will see a considerable advantage to their applications.

For example, students applying to the University of Pennsylvania saw 38% of its test takers apply without test scores during early decision, but only 24% of accepted students came from this category.

It’s not only takers of the SAT or the ACT who will see the benefit. Given the disruption to classroom teaching, anything that a student can do to objectively demonstrate their abilities will be to their advantage.

This includes Advanced Placement (AP) and International Baccalaureate (IB) testing; after all, an ‘A’ in American History is much easier to quantify if there is a 4 or a 5 on the AP test backing it up.

If all this is starting to sound a bit gloomy, there is still some good news to be had. As the economy continues to rebound, merit aid will likely take a strong upward trend. This is especially true as colleges look to guarantee yield protection to the absolute best of their capabilities. Universities acknowledge that students will be able to get a better deal elsewhere, and would rather keep their acceptances to themselves.

Speaking of those acceptances, fierce competition and a requirement to dig deep into the waitlist (a prospect no college finds appealing) should see students whose admissions profile would have put them on a waitlist this past year are being accepted in the first round in 2022.  Again, this is most likely the case as schools move from perceived “sellers” to “buyers” in college admissions.

As Jeff Selingo discusses in his book Who Gets In and Why, “sellers” are those institutions whose name recognition is enough to offer them plenty of applicants each year, “buyers” have to go out in search of enough talented students to fill their classes and dorms.

Buyer colleges have considerable financial aid available for merit-qualifying students, and freely use it.

The year 2021 hasn’t been the best year for buyer colleges (though they were still out there), but 2022 will likely be a much better cycle, not just for the colleges, but also students who apply to them.

There’s no doubt that the pandemic shook up the college admissions cycle of 2020–2021, and as a result, there will be some significant shake-ups going forward.

While it might be going too far to say that the old advice is no longer valid, the fact is that there are some considerable changes that should be factored into any admissions strategy.

Some are less pleasant, like the realization that a test-optional attitude may be a handicap for your child.

Others, like finding buyer institutions and focusing on demonstrating student interest, can help not only make your child’s application stronger, but also help them get more merit scholarships from an institution that is interested in admitting them.

After pursuing his dream master's degree at the University of London, Kevin Newton found himself spending as much time helping friends find ways to pursue degrees in Europe as he did working. To that end, he founded An Education Abroad to help other American high school students realize the advantages of earning degrees in Europe. To learn more, follow him on Twitter @BA_abroad or visit www.aneducationabroad.com.
View all posts
CATEGORIES College Admissions
NEWER POSTParent Responses to College COVID-19 Vaccine Policies
OLDER POSTFinding Summer Jobs for College Students During a Pandemic