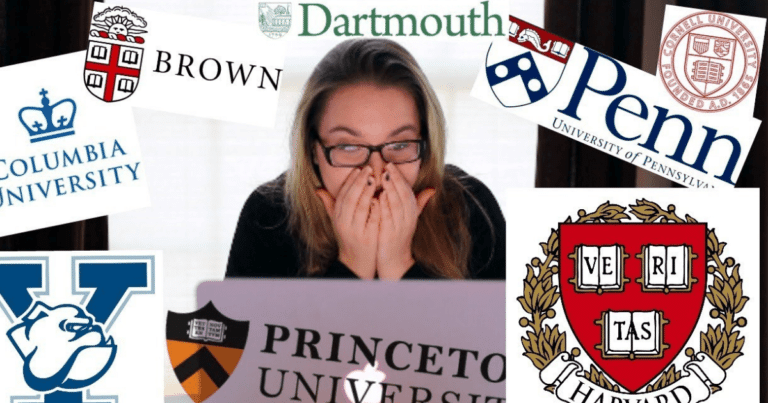 The prestigious U.S. Ivy League colleges have long been the traditional choice for students seeking a top-notch education.

According to a  U.S. News & World Report  “Ivy League schools are considered the most sought-after institutions of higher learning in the country and around the world. These eight private Northeast schools are known for their highly selective admissions process, academic excellence, and promising career opportunities for those who attend. The name recognition and social prestige don’t hurt either.”

Yet with acceptance rates for the class of 2022 ranging from 4.6% (Harvard) to 10.3% (Cornell), admission to these universities is extremely competitive. Then there’s the cost of attendance. On average, the annual undergraduate tuition and fees for the Ivies in 2018 was $54,404.

Luckily a new kind of “Ivies” has risen to meet the challenge of the high demand for an Ivy league education: the Public Ivy schools.

What Are the Public Ivies?

Richard Moll, author of Public Ivies: A Guide to America’s Best Public Undergraduate Colleges and Universities created the phrase in 1985. Using his experience as director of admissions at multiple universities, Moll challenged himself to identify eight public universities that matched the caliber of Ivy League schools.

The original Public Ivy list in 1985 was composed of:

He also created an additional list of nine runners-up.

Are those all the Public Ivies?

The most apparent advantage of these schools is obvious: cost.

The cost of attendance at a Public Ivy school is significantly lower than that of an Ivy League school (particularly for in-state students), but don’t let that mislead you. Lower cost does not mean less quality. In fact, the Public Ivies are also known for their academic rigor and admissions criteria.

The Journal of Blacks in Higher Education reports that Public Ivies are “successfully competing with the Ivy League schools in academic rigor … attracting superstar faculty and in competing for the best and brightest students of all races.”

Public Ivies vs. the Original Ivies

The answer depends a lot on the student and their educational and personal goals. The methods used in the rankings of colleges can be complicated, since statistics are formulated by various institutions using different methods.  Not to mention that other variables factor in.

Probably not. However, they might have a different or better experience at one school versus the other.

But name should not be the sole deciding factor. Some of the basics to look at during the decision process would include:

One aspect is difficult to measure in terms of usefulness: the prestige factor of the Ivy League schools. In other words, it’s hard to determine the perceived value of their names and whether an Ivy League degree can affect future employment.

Should You Go to a Public Ivy?

The decision to apply to an Ivy League or to a Public Ivy must be weighed by creating an extensive list of the factors the student prefers in a school. For instance, your student should look at:

Remember that the Public Ivies are performing in ways similar to the Ivies in practical academics. Additionally, they continue to grow their reputation and prominence, making them more desirable schools.

One challenge does exist for the Public Ivies more than it does for the Ivies though – funding. This Washington Post article takes a look at this potential problem within the Public Ivies. So this is definitely something to consider when considering a public Ivy

Putting It All Together

The Public Ivies continue to provide many students with enviable educations that leave a much lighter debt burden than attendance at an Ivy League college.

In making the final decision, students and parents should compare their list of desired criteria against current and up-to-date information provided not only by the media, but on the individual university websites as well.

Do your due diligence. Examine the programs, the instructors, the curriculum, and the courses. Get a feel for the personality of the school.

After all this, compare the overall cost of attendance against your desired criteria and you’ll have a much better feel for which schools – whether Ivy, Public Ivy, or other – are best for your student.