How Many Colleges Should I Apply To? 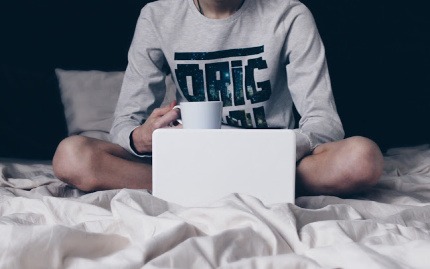 How Many Colleges Should I Apply To?

Each year on or around October 1, when FAFSA opens up, a lot of people start asking me how to decide which colleges their student ought to apply to.

That’s actually one of the best questions anyone with a college-bound student could ask.

This is how I answer  these  friends, family, and the students I work with.

The first part is simple, if you know you’re going to seriously need financial aid (either merit scholarships and/or need-based aid or grants) consider the following…

Simply by applying to colleges where your student almost appears “overqualified” you increase the likelihood they’ll be one of their strongest applicants; which almost ensures acceptance and that they’ll qualify for whatever that college’s highest merit scholarship is.

So if you’ve got an academically qualified student, then it can make sense to apply to many more “reach” schools. Especially the ones with low-admission rates, that would result in very affordable costs to you. Know in advance that sometimes the costs of elite schools actually do come out to be more affordable than even a community college or state school.

How My Family Applied

One thing to keep in mind is that the number of colleges a student actually should apply to varies according to the student. Even within the same family.

For example, in our case:

My oldest son (Class of 2020) applied to seven colleges. We had no strategy for him whatsoever. He just applied to whichever college sent him a fee waiver or had a representative visit his high school.

His stats were actually fair-to-middling.

In retrospect, only two were “really safe-safeties,” and the rest were target schools.

He ultimately chose the state school with a full-tuition merit scholarship.

My oldest daughter (Class of 2022) applied to almost a dozen colleges. (One reach school in Early Decision, the rest were really-safe-safeties) She got accepted into her reach school which was among her most affordable options.

We don’t know the results of most of the other schools because she withdrew her applications before acceptances and most aid packages came in.

She got offered four full rides from those really-safe-safeties, but she withdrew her pending applications when her top choice came through with a full ride.

My middle son (Class of 2023) applied to three colleges. (one target, two really-safe-safeties)

Since he was a 16-year-old freshman and is age-appropriately immature, he kind of needed to stay close enough to home to commute.

He chose the one with a full-tuition scholarship.

Make sure your student knows they CAN get rejected from a target school – even if their stats are at or above the college’s admitted student averages.

I won’t say which one, but it did happen to one of my kids.

And it makes sense.

that is giving a college every indication you won’t attend.

It becomes clear that it’s in the college’s best interest to use your application to decrease their acceptance rate, making their college rank higher by protecting their yield.

If you appear to be an applicant who has no interest in the college, selective colleges are almost certainly going to reject you – even though you’re qualified.

Here’s why: because wasting an acceptance on a student who isn’t likely to enroll actually hurts the college.

So whatever you do, don’t neglect your target schools? Especially the ones that actually track demonstrated interest.